On the Art of Composing 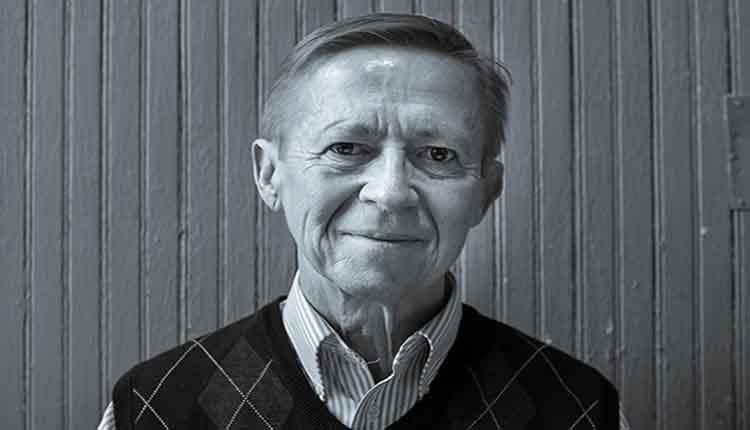 Composer David Maslanka was born in New Bedford, Massachusetts in 1943. He earned his music education degree from Oberlin, where he studied composition with Joseph Wood. During his junior year abroad, he attended the Mozarteum in Salzburg, Austria. Maslanka earned his masters degree and PhD in music theory and composition at Michigan State University under H. Owen Reed and Paul Harder. The composer has held positions at the State University of New York, Geneseo, Sarah Lawrence College, New York University, and Kingsborough Community College of the City University of New York. Since 1990 he has been a freelance composer, living in Missoula, Montana.

He recently shared his thoughts about the compositional process with banddirector.com.

BD: When you hear a commission of yours performed for the first time, are you ever surprised by what you hear?
David Maslanka: Yes. After all these years my skill at hearing and orchestration is fairly sure. However, every score is a guesswork of some sort, and surprises do happen. Mostly good ones at this point! I have had a lot of years hearing my music in rehearsal and this has helped me enormously in writing new pieces.

BD: Do you ever hear interpretations you enjoy but didn’t expect?
David Maslanka: That happens more with people who have played my music a lot. People who have thought deeply about the music for a long time will inevitably stamp it with their own personality-matters of tempo and dynamics, character of lines, basic ensemble character. It is a great pleasure for me to have the music given back to me in this way. Many conductors do pieces only once, and then move on to something new. But the best interpretations happen when people revisit music that they love.

BD: Why did you choose not to assign grade/difficulty levels to your pieces?
David Maslanka: I have only written a few pieces for really young players where I had specifically to be concerned about range and technical limitations. There is a requirement for musical understanding that goes way beyond the technicality of grade levels, and I have found that none of my music, even my “simple” music, is in any way easy!

Grade levels may offer some sense of the technical difficulty of a piece, but they also reinforce a sense of limitation?the feeling that a given group can?t play a grade 3, 4, or 5 piece. When I write for a group, regardless of level, I will listen very closely to that specific group. Often the music that results will seem very challenging to them, something that the conductor would not have picked on his or her own. But once the challenge has been accepted, and the hard work done, wonderful things happen. I have seen groups transformed by music that was “too difficult”. Grade levels reduce music to technical issues. You have to have technique, but that is not fundamentally what music is about.

BD: Could you talk a little bit about where your compositional ideas come from?
David Maslanka: There is a large human energy that connects us all to one another, and to some larger universal source. How that energy arrives in composing, I have a hard time explaining, but it is absolutely necessary to make this connection, that is, to open internally and wait, rather than to try to “make up” something.

If I start with a preconceived notion, then I’m telling the music what it can’t be. It may want to be something else entirely. When this happens, I hit a brick wall. Then I say to the piece, “Alright, what do you want to do?”

Allowing the music that wants to happen is not an intellectual thing. The intellect is what guides it into being. Creativity in music doesn?t have to do with making up a new language, but in listening deeply inside one’s own being. Out of this, new language evolves. New language invariably has its roots in old language.

Language is a slowly evolving thing. If you take Shakespearean English and compare it to modern English, it is still recognizable, but you need to have help to understand it. In 400 years, the language has changed gradually to where it is now. One hundred years from now, it will still be English, but different. In the same way, composing isn’t about striving for originality; its about letting the music sound the way it wants to sound.

BD: What role does emotion play in composing?
David Maslanka: Writing a symphony, for example, may take many months, and in that time I can feel wonderful, terrible, angry, happy, whatever. Generally, when I go to compose in the mornings I don’t feel so good, mostly because I don’t know what’s supposed to happen. It’s upsetting. Often when I’m most upset, least wanting to go “face the music,” I find there?s something really powerful about to happen. But the thing that is showing up isn’t about what I am feeling at the moment. It is what IT wants to be, not what I am feeling, or think it should be. And so I can say that music isn?t about my personal emotions. It is about itself. Emotions and emotional range in music can be huge, but I would never be able to enter such places if it were only about me.

BD: In your view, what role does melody play in modern music and/or in your music?
David Maslanka: In the 1970s I had a conversation with Arthur Cohn at Carl Fischer. He said, “You know, you can’t write a melody anymore?” He was serious about it. There was an “anti-melodic” attitude prevalent in new music at the time.

The concept of melody is a broad one. There are tunes, there are melody lines, and then there is the sense of line that goes from the beginning to the end of the piece. The line may be tuneful or it may not. But it has to be there. That’s what carries people through music.

My Symphony No.7 (premiered April 2005) is subtitled “Old Songs Remembered”. There are no quoted folk songs in the piece, but every piece has the feeling of being an old song. Out of this “old” voice comes what feels to me like a sparkling freshness and originality.

I like simple tunes, and I must have a music that moves in a fundamental line from start to finish. Melody and tunes will never go away. Folk songs transcend not only generations, but centuries. They shape us, and they keep going. Hundreds of years from now they’ll still be here.

David Maslanka has written more than thirty major works for wind ensemble, including five symphonies, seven concertos, a Mass, and numerous concert pieces. A full listing of his works can be found at his Web site, www.davidmaslanka.com. Maslanka’s music is published primarily by Carl Fischer, Inc. (www.carlfischer.com) and recorded largely on the Albany label (www.albanyrecords.com).