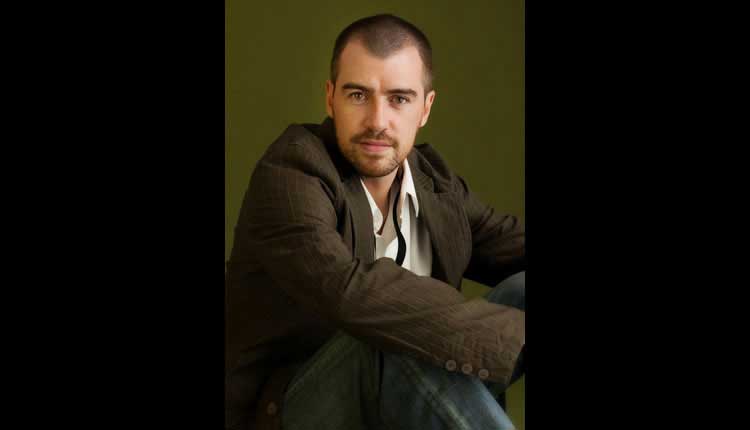 Saxophonist Brian Horner recently released his album, “Serenade – Music for Saxophone & Piano,” a collaboration between himself, composer M. Zachary Johnson, and pianist Elizabeth Avery. All three artists are graduates of the University of Michigan School of Music. “Serenade” has received rave reviews, even being called, “pure joy for the ears” by Saxophone Journal. Critics and fans agree that Horner’s skill is stunningly heartfelt and passionate.

BD: You graduated from the U-M School of Music in 1999, where you studied with renowned saxophonist and pedagogue Donald Sinta. Can you tell us about how that experience prepared you for your career?
Brian Horner At the risk of stating the blatantly obvious, Mr. Sinta is an amazing musician – not just a great saxophonist, but a wonderful artist. His emphasis on musicality and on studying the great string players and singers is probably the most important thing that I took away from the time I spent studying with him. Of course, he also instilled the highest standards regarding tone, intonation, and technicality – and that’s been incredibly important as well.

BD: Was there anyone early in your life who encouraged you to pursue your passion of music?
Brian Horner My parents have always been very supportive and encouraging. They, along with my early saxophone and band teachers – Paul Tobler, Tom Ives and Joe Dragone – always provided wonderful support, encouragement, and direction.

BD: How and when did you get started with music? Did/do you play other instruments besides the saxophone?
Brian Horner I started playing saxophone in fourth grade, but I had begun taking piano lessons the year before. Although I had resisted the piano lessons, that foundation has been invaluable. The ability to think of scales and chords in terms of the very orderly setup of the piano keyboard is an incredible advantage.

BD: Talk to us about your composing relationship with M. Zachary Johnson. How did the two of you connect? Why do you feel your collaborations work so well?
Brian Horner We starting working together in the summer of 1999 when Matt mentioned that he was working on a new piece and I countered that I was interested in playing it. We had both just graduated from Michigan and so it was a great opportunity for both of us. His writing works very well with my playing and vice versa, so our collaboration has grown and stretched out over ten years now. We’ve been fortunate enough to present concerts in some wonderful venues including Carnegie Hall’s Weill Recital Hall, Steinway Hall and the Glimmerglass Opera’s Young Artist Recital Series and we’ve just released our second album – Serenade. We released a live album from the Steinway Hall concert a couple of years ago. With the Serenade album we hope to accomplish our goal of reaching a broader audience than is typical for a classical saxophone album. This is beautiful music that appeals to many kinds of people so we’re working to reach beyond academia and connect with the public’s love affair with the saxophone.

BD: Is it nerve-racking at all when you release a new album? Do you worry about what people are going to say or how they’ll critique it?
Brian Horner Of course, you want people to like what you’re putting out, but at the same time, as an artist I was very pleased with the product. That being the case, it doesn’t really matter what people think. I love the music, the sound quality. (Putting together an album) is certainly a hectic process. Matt and I doing all the work ourselves was also quite stressful.

BD: You’ve definitely gotten rave reviews thus far! What kind of time and effort went into putting it together? What were your influences/inspirations for recording it?
Brian Horner I’m quite proud of the new album. It was recorded right after our Carnegie Hall concert and I think we were all really comfortable with the music and had been playing with each other a lot over the preceding weeks. Elizabeth Avery is a great pianist and I felt very lucky to be able to collaborate with her on both the playing and production of the CD. We also worked with a new engineer this time, Daewoo Kim, who just did a great job helping us get the album right from a sonic perspective. This is the album that Matt and I had been discussing for years and I think we’re both really pleased with the results.

BD: Any plans to do another?
Brian Horner I’m sure that we will do something more in the future. For now, we’re just enjoying what’s happening with this release. I have no doubt we’ll work together again in the future.

BD: What ventures are you currently pursuing?
Brian Horner We’re scheduling concerts throughout 2009 that will feature the composer’s commentary and insights on the music. The setting will be very casual and the audience will be invited to ask questions throughout the concert. Our goal is to present a very intimate, inclusive and unique evening. We’ll also be tying in clinics on saxophone, piano, composition and theory if we’re in a high school or college setting.

BD: Is teaching in an academic setting something you enjoy doing?
Brian Horner Yes very much, I’m on faculty at Austin Peay State University in Tennessee and I really enjoy working with high school and college kids who are excited and passionate about becoming better players. We teach in a variety of formats – open Q&A with students leads to a lot of different things, but usually questions about us individually and about our collaboration.

BD: Your wife is a musician as well. Do the two of you perform together often?
Brian Horner We did premiere a piece called, “Two Wedding Pieces” by M. Zachary. That may well be on a future album that we do.

About Serenade – Music for Saxophone & Piano:
The album represents a significant contribution to the classical saxophone repertoire. The compositions have broad audience appeal and also appeal to players of a variety of skill levels. The sheet music for the entire album is available as a set from the composer at www.mzacharyjohnson.com.