A Conversation with Karel Husa 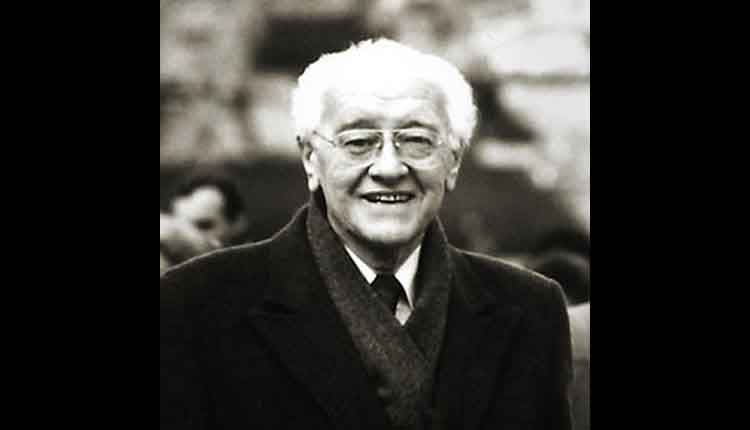 Pulitzer Prize-winning composer Karel Husa is an internationally known composer and conductor. Born in Prague, Czechoslovakia, in August 1921, Husa has been an American citizen since 1959. He completed his studies at the Prague Conservatory, the Academy of Music, the Paris National Conservatory, and the Ecole Normale de Musique. His teachers included Arthur Honegger, Nadia Boulanger, Jaroslav Ridky, and Andre Cluytens.

Husa has received honorary doctorates from the Cleveland Institute of Music, Ithaca College, the New England Conservatory, and the Czech Academy of Musical Arts. Among numerous awards, he received the 1993 Grawemeyer Award for his Cello Concerto and a Pulitzer Prize for String Quartet No. 3. Some of his most recent works include Violin Concerto, String Quartet No. 4, Concerto for Orchestra, Concerto for Organ, and Concerto for Trumpet and Orchestra, which was commissioned by the Chicago Symphony Orchestra for Adolph Herseth and Sir Georg Solti.

BD: How did you get your start in music?
Karel Husa: I started to compose at the beginning of World War II. At that time I studied the violin and learned piano, mostly from my sister. I had studied to become an engineer, but the universities were closed because of the war, and I was not able to continue my studies.

I then had to decide whether I wanted to pursue painting or music, and I chose music because of Jaroslav Ridky, a professor at the Prague Conservatory, encouraged me. However, I didn’t even attend an orchestra concert until 1940 when I was 19 years old, and I didn’t have a music theory background.

BD: Who were your major compositional influences?
Karel Husa: My influences between 1940 and 1945 were mainly Czechoslovakian composers as well as Haydn, Mozart, Beethoven, and Brahms-I couldn’t listen to French, Russian, or American music because it was forbidden to be performed or taught. The ideas of Czech composers Leos Janacek, Vitezslav Novak, Josef Suk, and, maybe to a lesser extent, Hungarian composers affected my writing. After the war ended in 1945, we could finally hear Bartok’s Concerto for Orchestra.

In 1946, I took a fellowship in Paris where I studied with Arthur Honegger; I also met Nadia Boulanger by chance. I didn’t study with her formally because she considered my mind to be already made up-good teachers have to have an influence in their students’ composing. She did incredible things for me. When I finished my String Quartet No. 1, she sent it to a conservatory in Boston, and I received a $400 Lili Boulanger prize. It was in Paris from 1946-54 that I could develop my skills, try new things, and listen to the sounds of Honegger, Prokofiev, and Copeland.

BD: What areas did you study other than composition?
Karel Husa: I studied conducting at the Prague Conservatory; many courses were similar for composers and conductors. I read Hector Berlioz’s Memoirs in which he says that composers had better learn how to conduct because otherwise no one will play their music. This is an accurate statement because for many conductors this is new, unknown music, and a composer can explain his music as he conducts. I continued my conducting studies in Paris at the Ecole Normale.

BD: What brought you to the US?
Karel Husa: In 1954, I was invited to apply to Cornell for a position as orchestra conductor. By that time I was already married and had two girls; we all wanted to see the US, and we thought the three-year appointment would be ideal. Little did I know then that I would spend the next 32 years teaching at Cornell. When I came to the States I found that teaching in a university was the ideal position for a composer. I still think this today because of the possibilities the university provides a composer. The amount of available printed music, both new and old, in the university libraries was amazing, and much music, old and new, was performed on campuses.

The teaching duties were not too time-consuming until the second year when I had to begin conducting the orchestra. The preparation alone took a lot of time. I loved working with young people whose minds were not set in a rigid viewpoint that classical was “good” and modern was “not good.” The university offered me tenure after I had been there two years; thereafter, we had four children, and they and my wife loved Ithaca.

BD: How did you become interested in writing music for wind ensemble?
Karel Husa: When I lived in Prague and Paris, I never wrote for wind ensemble because most Czech wind music was connected with military or popular music. When I was in Paris I heard concerts given by the band of La Garde Republicaine, and I was amazed by the size of the group and the quality of their playing.

Basically, I had never written for a wind group because no one had asked me to. I had always admired wind music, but as a violinist I was initially drawn more to the orchestral sound. There were occasionally concerts in the castle grounds in Prague, and they also consisted of wind music-Mozart and Haydn serenades, Beethoven marches, and some old Czech compositions for the winds. I loved to listen to them.

When I came to the US in 1954 I heard two bands, one from Cornell, and another from Ithaca College conducted by Walter Beeler. At one time I expressed interest in writing for the Cornell band, but I wasn’t asked-however, I did write for the orchestra.

My love of the saxophone sound resulted in Elegy and Rondo and the Concerto for Saxophone. In 1960, then conductor of the Ithaca High School Band, Frank Battisti, asked me to write the Concerto for Saxophone with Donald Sinta as the soloist. I completed the concerto in 1967, but by then Battisti had left for a position at Baldwin Wallace, so the conductor of the Cornell Wind Ensemble, Maurice Stith, volunteered to premiere the piece. This was the first piece I wrote for the band. I then received a commission from the Ithaca College Band from conductor Kenneth Snapp for the MENC convention in January 1969.

I started to teach during the summer in 1968 at Northwestern University, where I had a long conversation with John Paynter about writing for the band. The enthusiasm of the wind ensemble conductors at this time was incredible, and the leaders had established the American band as a terrific ensemble. People like Revelli, Fennell, Battisti, and Beeler believed that composers today should write for the band, and they immediately performed the music.

BD: What do you think the future holds for wind bands?
Karel Husa: The ensembles today are still terrific. But I think that attitudes toward new music have changed a little bit over the last 30 to 35 years. People like Battisti and Beeler wanted something new and were very adventurous; they were looking for compelling forms and sounds. I am surprised that today’s conductors think I write somewhat wild music. The music of today is more traditional than it was even 20 or 30 years ago. New music is played, but the public doesn’t like to hear dissonance. This is not surprising because after every period of revolution there is a period of normal evolution.

BD: What is your favorite of your works?
Karel Husa: Concerto for Orchestra, commissioned by the New York Philharmonic and Zubin Mehta, and Apotheosis of This Earth, which was written for William Revelli at the University of Michigan and premiered in 1970. Revelli had also conducted in 1969, and he wrote me a very positive letter saying that he had never received such an enthusiastic reaction to a piece for band. He played it 17 times on his California tour, and he took it to the South and the Midwest. However, they couldn’t play it when they went to Russia. The wind ensemble returned to New York and played Music for Prague in Carnegie Hall. I sat next to Russell Bennett, who wrote the Suite of Old American Dances. It was fantastic.

Karel Husa is currently working on a work for the Chicago Symphony Orchestra.

The University of Michigan Bands – The Next Generation