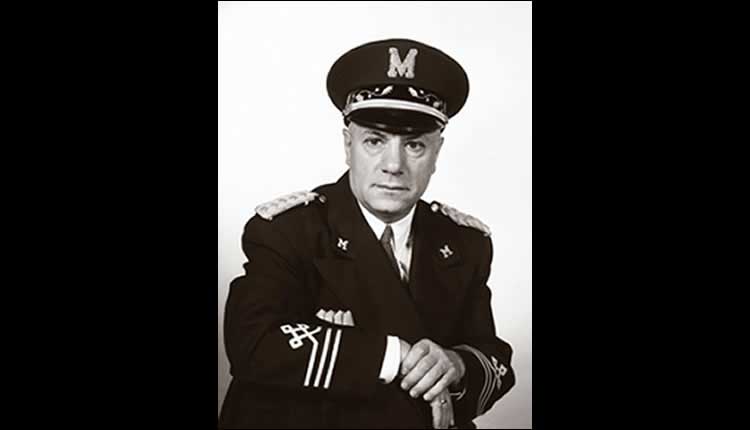 While the beginning of the long-standing tradition of excellence associated with the University of Michigan Bands is often solely credited to former director William D. Revelli, the generations of dedicated students and outstanding faculty who came to Michigan both during and after his 36-year tenure are just as responsible for the continuing success of the program. When Revelli took the podium in 1935, he forever changed the way people viewed the purpose and importance of bands in America, but without the willingness of his eventual successor, H. Robert Reynolds, and others to embrace, adapt, and incorporate his ideas into their personal teaching philosophies, the impact of his accomplishments would not have prevailed for as long as they have.

Revelli studied violin as a child, and played in various pit orchestras in Chicago before accepting a high-school conducting job in the northwest Indiana town of Hobart, in 1929. He transformed this small-town band into repeat champions at the National Band Contest between the years 1930-1934. Revelli almost decided against applying for the director of bands job at the University of Michigan in 1935 because the pay was significantly lower than what he was earning in Hobart, but he did apply for and later accept this prestigious position, which he retained until his retirement in 1972.

Often referred to as The Chief, Revelli was a taskmaster both on the football field and in the concert hall. His never-ending quest for excellence and constant demands for better musicality, rhythm, and intonation drove his ensembles ever closer to his unattainable goal of perfection. Some people found his tough love approach to teaching questionable, but there was no questioning the results these methods produced. He was a tyrant who was feared by many, and an educator revered by all.

Only Revelli himself could fully explain the reasoning behind his constant and sometimes unreasonable demands, as he did during a moment of frustration at a marching band rehearsal in December, 1964 before the group’s Rose Bowl performance:

“The world is full of people who do things just about right. And a few on the top do them just right–most of the time. Nobody’s perfect! When are you going to start to demand of yourself what I demand of myself? When are you going to be as uncompromising with what you do as I am uncompromising in what I hear and what I insist on? When? Are you waiting for some miracle? The miracle will be when you demand of yourself everything you’ve got of yourself. That’ll be the day. And I don’t only mean 5 minutes of 10; I mean 10 minutes out of 10, 60 minutes out of an hour, at least all of your waking hours.

“I’m taking a lot of time here, and I don’t care if we take all afternoon. Twenty-five years from now we won’t remember a lot of things about the Rose Bowl, but we might remember this. It may make the difference between what we are and what we might have been. That’s my job.

“The man who put the gate down one second late and wiped out a whole family across a railroad crossing was just about right. He was only one second off; he was almost right. The pilot who hit a peak out in Utah some time ago was just a little bit off, just enough to kill a whole planeload of passengers.

“Now, nobody’s killed when you play a half-note as a dotted quarter. But you might, from learning to play a half-note a full half-note, make the difference in the lives of 50,000 little kids. And I think this is very serious in education. If you think the only person you’re going to hurt is you, then go and play alone.

(Excerpt from the October, 1994, issue of Michigan Today)
Perhaps the only thing Revelli felt more strongly about than musical integrity was the education of young people, and part of the reason he was so demanding of his players was because he knew many of them would go on to become band directors themselves. He conducted countless high school honor bands at festivals across the country, and adjudicated at several more. He also helped organize the University of Michigan Band Day in 1949, in which 1,850 high school students from 29 schools participated. By the 1960s, the number had swelled to more than 14,000, a testament to both his teachings and the event’s popularity. If asked, nearly every student who played under Revelli could vividly recount some memory of him; he left a lasting impression on everyone with whom he crossed paths.

Revelli championed new music, and worked tirelessly to commission, program, and perform new pieces throughout his lengthy tenure. He also recruited musicians to play in the Marching Band, and when the School of Music became an official part of the University in 1940, all male music students were required to participate. Under his baton, the number of students in the Symphony Band also increased; the group swelled to more than 100 members, and Revelli is credited with creating the massive AMichigan band sound@ that became so popular in the second half of the 20th century.

In addition to his position as Director of Bands and Chairman of the Instrumental Winds Department at the University of Michigan, Revelli served as President of the National Band Association and the American Bandmasters Association, and was also a founder and Honorary Life President of the College Band Directors National Association. After his death in 1994, at the age of 92, a charitable foundation was established in his name through the Bands of America to continue Revelli’s quest to promote bands and music education through scholarships, chair endowments, and new music commissions.

The Sounds Of Ormandy And Muti