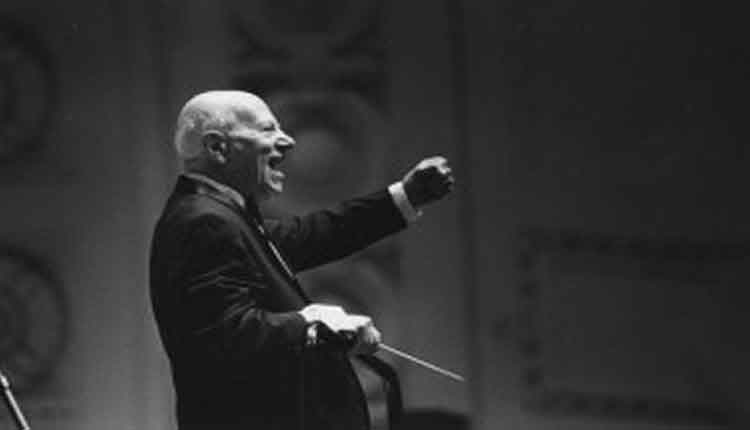 When the history of instrumental music education of the Twentieth Century is written, the name, William Revelli, will be everywhere and inescapable. At the time of his death in 1994, at the age of 92, he was regarded as one of the great music educators and band conductors of the century. During his long career, he had received every honor and accolade imaginable. Revelli was a famous person and was on a first name basis with the likes of Percy Grainger, Karel Husa, Morton Gould, Vincent Persichetti, George Szell, Eugene Ormandy, William Schumann, Gunther Schuller, Jean Pierre Rampal, and a host of others whose names read like a Who’s Who of music.

Weeks before he died, Revelli remarked that, even though he had experienced many wonderful things during his long career, the happiest and most rewarding time of his life was when he was a public school band director. Indeed, even in his 90s, Revelli would have loved to work with elementary band students. And he would have been able to relate to them. His zeal for music education never diminished with age.

Born in 1902, the son of Italian immigrants, Revelli was raised in small towns in southern Illinois. As a boy, he knew that he wanted to be a musician. Though his parents were not wealthy, they found a way to have young William study with the best violinist in the area. To do so, he had to catch an early train to Saint Louis every Sunday morning (going by himself), take his lesson, and then return home. It was an all day affair. For a young boy, this was an act of great determination and courage.

As a young adult, Revelli moved to Chicago where, like many of his generation, he found employment in a pit orchestra in one of Chicago’s large theaters. Before the showing of a silent film, these large pit orchestrasoften numbering one hundred menwould perform movements from Beethoven symphonies, Strauss waltzes, and Mozart overtures. (Conductor, Eugene Ormandy, had his musical debut in a similar situation.) During the post World War I years, the future for the young violinist looked bright. And then came “The Jazz Singer”the first “talking” picture. Almost overnight, the large pit orchestras were doomed, and hundreds of musicians were without work.

Revelli was married and had a young child. Where would he find work as a musician? A family member told him that there was a job opening for “music supervisor” in the public schools of Hobart, Indianaa small town about an hour’s train ride from Chicago. In his interview with the school superintendent, Revelli learned that the job mostly involved the teaching of general music to all grades. When he asked if he could start a band, the superintendent said, “Of course! Just know that you have no place to rehearse, no funds, and no time during the school day for class. But, please go right ahead!” Undaunted, Revelli received permission to use a large room in the basement of a church which was located across the street from the school. He went door to door in town and found instruments in attics. The bass drum was borrowed from a jazz band player who left it on his front porch when he returned home from his night job in Chicago. Every morning, Revelli would pick up the drum and return it to the porch by late afternoon.. This was the mid 1920s, and school bands were springing up everywhereespecially in the greater Chicago area.

Revelli was a born recruiter and salesman. At his first meeting with his young beginning class, he said, “Anyone here who thinks they are going to quit before graduating from high school, please leave now!” Later on, when a high school student was thinking of quitting band, Revelli would go to the student’s house and talk to the parents. If necessary, he would make more than one visit. One parent, annoyed at finding Revelli at her doorstep for the third time because her child wanted to quit, said to her son. “Mr. Revelli is on the porch again! You are NOT going to quit band! Now tell him to please leave!” (He would never understand the meaning of the term, “band drop-out”) Revelli reached out to everyone in town. He became the “stats” keeper for the Hobart High School basketball team and accompanied them to out of town games. To students and faculty colleagues, he was known by his engaging personality and his enthusiastic quest for excellence.

Everything was going well except for one small detail. William Revelli knew next to nothing about wind and percussion instruments. It was his good fortune that, residing in Chicago, was one of the great pedagogues of instrumental music, H. A. VanderCook. Mr. “Van” was a teacher’s teacher and was the great mentor of an entire generation of music educators. He took an instant liking for the young violinist who wanted to be a band director and began to teach him to play the cornet. It was VanderCook who convinced Revelli that he needed to learn to play all the instruments. “If you cannot play it yourself, how can you teach others to play?”

Once, at a lesson with Mr. VanderCook, Revelli asked, “I have told my cornet players 1000 times to NOT end their tones with the tongue. And they still go tut’. What should I do?” At that, Mr. “Van” wisely answered, “Ah, did you tell them the 1001st time?” From the start, Revelli learned to be patient and that repetition is the key to good education. Revelli admired the wisdom of his mentor and for the rest of his life would cite “chapter and verse” from VanderCook’s pamphlet “Teaching Expression in Music”.

Once a week, on a school night, Revelli would travel to Chicago by rail to take private lesson with Mr. “Van” and with the wind players of the Chicago Symphony Orchestra. His plan to was to study each instrument for six months. It took several years, but one by one, he learned to play all the wind and percussion instruments. On the top of his list of instruments to master was percussion. A visiting musician observing one of Revelli’s early Hobart Band rehearsals noticed that the percussionists were not reading the music printed on the page but were improvising the parts instead. That situation was soon changed!

The composer and educator, Forrest Buchtel, observed that Revelli, a “south paw”, conducted very awkwardly and held the baton in his left hand. To remedy this situation, Revelli took conducting lessons (including some from the Chicago Symphony Orchestra, Frederick Stock) and learned to use his right hand. Making the transition from a performing violinist to a teacher of wind and percussion instruments was slow, time consuming, and financially draining. But he did it with determination and loved every minute of it.

By mid winter, the superintendent asked Revelli if the newly organized school band could play at the school basketball playoff game. Apparently, the only piece of music that the band could play was the “Military Escort March” from the Harold Bennett (Henry Fillmore) band book. Before the game, the band played the eight bar introduction and stopped. At the first break, the band played the first strain and stopped. At the next break, they played the second strain, and later, the trio. The superintendent was amazed. “How were you able to teach those students so many different songs?” he asked.

During late 1920sthe era of the great National Band Contestsschool bands from Chicago, northern Indiana, and Michigan set the standard by which others were judged. Like his colleagues in northern Indiana, Revelli was caught up in the contest excitement. From the start, he knew that the only way he could develop his band was to involve students in a more personal way other than the large band setting. Thus, every member of the Hobart Band was required to perform in solo and ensemble festival. He would mix the first chair players with the last chair players in trios and quartets so that the weaker players would be influenced by the best. In his band room, Revelli posted a sign that read “So goes Solo and Ensembleso goes the Hobart Band!” And it worked. In a time when bands were “ranked”, the Hobart Band soon “won” the national championship for Class B bands. The adjudication panel at these contests consisted of the best known band figures of the dayJohn Philip Sousa, Edwin Franko Goldman, A. A. Harding, Karl King, and Henry Fillmore.

Early on, Revelli learned (the hard way) that “points” were deducted from a band’s score if the “right” instrumentation was not adhered totoo many saxophones, not enough bassoons, etcâ€¦.. This was during the start of the Great Depression, and there were no school funds available to purchase the needed instruments. Revelli’s response to the problem was to organized the Hobart Band mothers into action. These dedicated band parents held countless fund raising chicken dinners to benefit the band. Years later, Revelli would remark that “there wasn’t a chicken left in northern Indiana after one of those dinners!”

Many a student from the Revelli Hobart years went on in music to become band directors and professional musicians. From the start, the Revelli inspiration was felt keenly by his students.

During the early 1930s , the young William Revelli enjoyed a national reputation, and to many in the profession, he was regarded as a “modern” educator. It was no surprise that, when there was opening for the position of Conductor of Bands at the University of Wisconsin, Revelli was invited to apply. Shortly after giving his verbal acceptance to the Wisconsin officials, Revelli received a call from Edwin Franko Goldman who told him that there was a job opening at the University of Michigan. Even though the salary offered at Michigan was considerably lower than that at Wisconsin, Goldman urged Revelli to take the Michigan job where, he felt, there was more potential. At first, Revelli thought that he could not afford to take the lower paying job at Michigan (which paid less than he was earning at Hobart) but, his at the encouragement of his wife, Mary, Revelli declined the Wisconsin job and accepted the position at the University of Michigan. And the rest became history.

Revelli never understood the phrase “band director burn out”. He probably never heard or read Nadia Boulanger’s famous remark to Aaron Copland: “What is done without joy is zero!” But he lived by it. He never allowed obstacles or challenges to discourage him. He was always a person who set goals for himself and then proceeded to do everything possible to achieve them. A deep love for music and for people were the constant driving forces in his life. He never tired of doing the “mundane” things of being a band directortuning a band, demonstrating correct hand position, dealing with people. As he saw it, there were no small or insignificant things about what a music educator has to do. The example of William Revelli’s personal adventure into music education is as fresh today as it was seventy-five years ago. His love for teaching never stopped growing.

Just Another Day at the Office

An Interview with Author, Educator, and Musician Gerald Klickstein