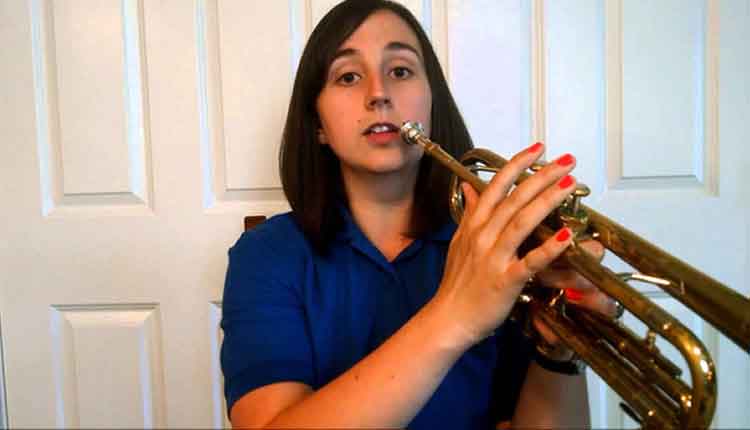 These simple practice tips can lead to better playing – and a fuller life.

We live in a busy world, but brass players, like all musicians, need to set aside sufficient time each day to practice. It lays the firm foundation on which we build our musicianship. By working on what is most important to improve our playing, we can practice smarter – more efficiently – and have more time for living.

The tone is the most important aspect of playing any instrument and making the tone a priority is essential to longevity as a brass player. During practice sessions, devote fifteen minutes each day to tone development. Here are three areas to cover daily.

James Stamp can be credited for popularizing mouthpiece practice. I have found that students with tone problems improve vastly with a few weeks of mouthpiece playing for five to ten minutes a day.

The embouchure we should strive for can be characterized as having the lower lip pouting inside the mouthpiece, which creates the beautiful, rich sounds we hear from great brass artists. Maynard Ferguson tells students that he plays high notes by gripping the mouthpiece. He is essentially talking about gripping the inside of the mouthpiece with his lower lip.

To develop your tone, try practicing any arpeggio exercise or passage (but avoid the high register). First play the passage on your instrument. Now create the clearest tone possible on the mouthpiece alone by working your lower lip into the mouthpiece. Once this mouthpiece tone has been improved, play it again on your instrument – and be prepared to hear a noticeable difference.

Practicing lip bends is actually a continuation of the concept learned from mouthpiece practice. It is an isometric exercise to develop the lower lip so it can grip the mouthpiece. Isometrics have been known for years as a solid means of building muscle. Yoga exercises, for example, are based on isometrics, toning and firming muscles through daily repetition. Similarly, for the brass player, lip bends isolate and strengthen the lower lip muscles.

Lip bends are actually note-bending exercises. Practice by playing a middle C (on the trumpet), then the half-step-lower B (second valve), then back to C. Now play the C, and use the lower lip muscle to push into the mouthpiece, which bends the C down to the B (without using the second valve). As you withdraw the lower lip, the C comes back again. Avoid kissing the mouthpiece with both lips.

Practice the lower lip roll first by pouting in a mirror. Once you have isolated the lower lip muscle, apply the technique to your instrument. Go down by half steps, recreating the half-step lower notes with your lower lip. The notes that are lowered without the new fingerings should sound almost as good as the “real” notes. After going through all seven positions, return to C and lip down two half steps.

After the muscles begin to develop and you start feeling some control in the lower lip (usually in one to two weeks), you can start on second line G (for trumpet) and bend the notes down by half steps through the seven positions. Each week, as you feel the progress in your lip, you can start on a higher open note.

Notes produced by bending will not be used during gigs. But the excitement you will feel when playing a high C – with the lower lip gripping the mouthpiece so firmly that you know the high C won’t crack – will have you going back to practice lip bends for years to come.

One of the most critical practices to follow before putting the instrument away is the warm-down. Few of us are able to play for an extended period, put the instrument away, and encounter no problems the next time the horn comes out of the case. Brass players have consistency problems mainly because they bypass the warm-down. Lip muscles get tight after extended play and need to relax before stopping.

It takes only three to five minutes to relax the lips. Pedal tones are a great lip massage and will relax the muscles. Try playing a middle C, then drop the air speed and pull the mouthpiece off the lip slightly. The note should fall off to approximately an octave below, and the entire lip in the mouthpiece will pulsate. Continue through the seven positions, dropping an octave.

Next, try soft chromatics. Starting on middle C, go down through all seven positions and back up as softly as you can. If notes cut out, your lip is not relaxed enough and the lips are separating. Go back and do more pedal tones. Once you are able to play the lowest seven notes on your instrument softly without response problems, your lips are relaxed enough to put the instrument away.

If you are preparing for a special performance, warm down ten minutes the night before, with soft, low playing. The next day, your lips will be highly responsive.

So rethink your practice. Adding new concepts to your daily routine can improve your performance immensely.

Remember, it is not the time on the instrument that counts, but what and how you practice. Practice more efficiently, and you will not only notice improvements in your playing, but you will also find more time for that elusive balanced life.

Dr. Philip T. Cansler has taught in the performing and fine arts department at the University of Portland for 25 years and has published several books and numerous articles on the trumpet and brass playing. He can be reached at cansler@up.edu.