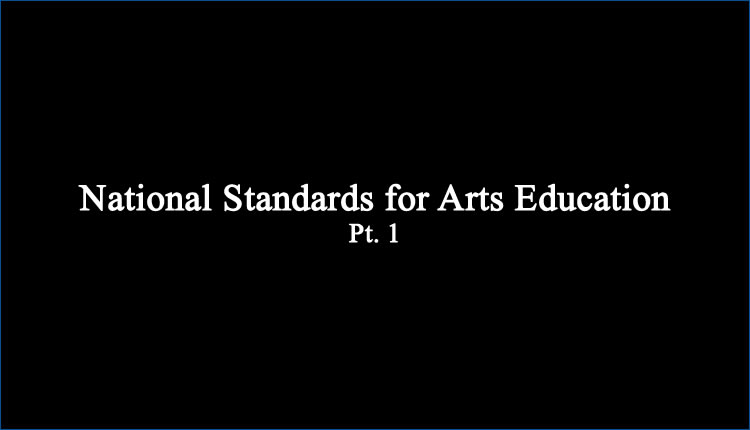 The first standard states that students should be capable of “singing, alone and with others, a varied repertoire of music”. This includes singing accurately and with good breath control throughout the vocal range, singing a varied repertoire of music with expression and technical accuracy, performing some songs from memory, singing alone and in an ensemble, singing with and without an accompaniment, and singing music written in two, three, four or more parts. While the exact requirements for this standard vary by age and ability, meeting even the most basic proficiency level outlined in Standard Number One can seem like a tall order for instrumental instructors to fill. Fortunately, the vocal component is one of the easiest to incorporate into band rehearsals, and the benefits of doing so can be readily apparent.

Ideally, vocal warm-ups and singing exercises should be incorporated into instrumental classes from the beginning. The thought of singing alone makes many students self-conscious, and the longer directors wait to introduce this concept into their rehearsals, the more resistant students will be. While the importance of implementing this standard at the junior-high or even elementary school level is obvious, even high school directors can successfully teach students the vocal skills necessary to meet the criteria outlined in the National Standards.

Many mental and physiological aspects of proper vocal technique transfer readily to playing a wind instrument, from posture and breath support to phrasing and nuance. Oftentimes, students get so caught up in the physical limitations of their instrument (reeds, fingerings, etc.) that they forget to think about expression, dynamics, and many other vital aspects of making music. This results in a mechanical, lifeless performance; when students simply hold down the right combination of valves or keys and blow, the notes on the page signify little more than rhythm and change of fingerings.

Wind players have long been advised to try and imitate the detailed sensitivity of the human voice when producing a tone on their instrument. Vocalists shape phrases and create direction in a musical line by the way they breathe, by their pronunciation and enunciation of song lyrics, and by the way their voice sounds in different registers. String players have a relatively easy time with musicality as well, because, to an extent, changes in bow placement and finger pressure naturally affect the sound of their instrument. Wind players, however, must make a more concerted effort because simply blowing harder or hitting the keys more forcefully will not create a discernable change in tone production.

One of the easiest ways to bring the aesthetics of music to the fore in a rehearsal is to remove the instrument from the equation all together; by eliminating the technical aspect of playing, students are forced to approach music differently.

While the vocalization exercises used by most choral groups are certainly worth looking into, it may be even more effective for instrumentalists to sing their daily warm-ups before playing them. Start with unison scale patterns or melodies from their band music and, using either solfeggio or other pre-determined syllables, have each student sing in their appropriate voice range (which does not always fall within the range of their instrument). Ask students to identify which notes seem to stand out in the sung version of the piece as well as any other changes they noticed in articulation, dynamics, and phrasing, and to determine where they breathe and whether it makes sense musically. Note their responses in the score or on the board and sing the passage again, having the students make a conscious effort to emphasize these changes. A follow-up discussion of how students can create these same musical ideas on their instrument may very well be the most valuable part of the lesson, particularly when students attempt to play the passage in the same way they sang it.

This exercise can be broken down further by isolating cadential patterns or specific intervals. Beginning with half- and whole-step intervals, expand this range to major and minor thirds and eventually to fifths and octaves. Once students learn to hear the difference between these intervals, their intonation will improve greatly. This is especially true for brass players because the accuracy of their playing depends heavily on their ability to hear the desired pitch in their mind before attempting to sound the correct partial. However, this skill enables all students to sing arpeggios and more advanced melodies, and also lays the groundwork for singing in harmony, which is another key factor of the first National Content Standard.

Another simple way to get students singing in a rehearsal is to have them sing the tuning pitch before playing it, both as a group and individually, to help determine whether they are sharp or flat. Some students may have difficulty matching the pitch with their voice at first, while others may be slow to recognize the often subtle differences between the two pitches. In an attempt to save time, many directors choose to simply tell students the direction in which they need to adjust the pitch rather than permitting them to hear and identify the differences between the tuning note and what they’re playing and figure out how to get the two pitches to match.

Admittedly, this skill takes some time to develop, but in the long run, it is far more beneficial for students to know how to hear and correct faulty intonation (using instrument-specific strategies such as embouchure or breath support) than it is for them simply to know how far they usually have to pull out a valve or adjust the barrel on their instruments to avoid being singled out by the director. Some students find it easier to listen for the beats created by out-of-tune notes, while others can hear the difference in tone quality (sharp notes sound brighter, flat notes sound duller) more readily.

Once students have learned to sing various intervals– both ascending and descending- and have improved their sense of intonation, they are ready to begin harmonizing. Play a note on the piano, and have students sing a major or minor third and then the fifth above what is now the sounding tonic of a chord. A discussion and practice of the balance between the intervals of a chord segue perfectly into singing in harmony. Many directors use warm-up chorales, which are perfect for introducing part-singing. This same exercise can be done with a lyrical passage from a piece of band music.

Depending on the age and ability of the ensemble, it may be best to start by having the entire ensemble sing only the upper two parts, but directors should strive to eventually have all parts covered. For advanced students, reduce the number of singers on each part with the goal of having one student per part. This is a true test of their ability to sing alone (in a sense) and with others– at the same time!

The thematic material in band music is often derived from a folk song, hymn, or other traditional piece. There are countless benefits to singing the original song in conjunction with learning the instrumental piece; the relative simplicity of the original can reveal nuance and other stylistic aspects that may be hidden in the band version underneath a flurry of sixteenth notes, while song lyrics vividly convey the sentiments behind the melodic line. Knowing whether a piece is based on a love song or a funeral dirge can make a big difference in the way it is played.

Regardless of the approach directors take to meet this first Standard, devoting just a few minutes of rehearsal time to singing, tuning and harmonizing will greatly improve the sound, intonation, balance, and sensitivity of any ensemble, and will equip students with the skills necessary to playing their instrument with sensitivity and musicality.