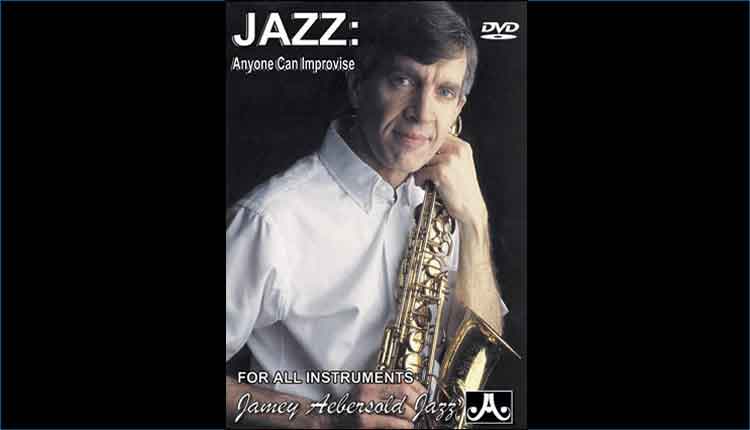 The idea of improvising and/or showing others how to improvise has always been a scary topic for band directors. Especially, if you haven?t taken courses in college that shows you the way and help reduce the fear. It?s not something we learn to do overnight. It takes preparation, thought and practice just like any other art form. My moniker “anyone can improvise” is true. Not all who improvise will sound like the jazz masters but that?s not the goal. The goal should be to introduce to EVERY music student the most creative aspect of music making improvisation. In its simplest form playing Twinkle Twinkle on any note could be the beginning of improvising. Playing without music and matching the notes you hear in your mind is improvising.

Jazz musicians have kept improvisation alive and well over the past century. Any good jazz history book will tell you how jazz began in New Orleans in humble beginnings and gradually branched out to encompass the world.

Improvisation in music is where the student can use his or her imagination ? often for the first time! We all know the importance of reading music on the printed page and the value of playing with others in ensembles. The one missing element (sometimes even in jazz bands) is use of ones imagination. Only in the improvised solo is imagination really put to the test. And the test is simple: can the student play a solo that uses the proper scales, chords, stays in tempo, uses imagination and stops at the right time? Improvising is the life force of music. When a student takes that first solo in a rehearsal or on a concert, they experience something vastly different than playing a part in an ensemble. At that moment they become the master of their ship and their practice habits will be on display for all to hear. They begin to meet their musical self.

Improvising, even simple soloing gives confidence and helps take away the natural fright of playing without music in front of them. It helps make them whole.

A prime ingredient in learning to solo is the much-overlooked aspect of Listening to jazz combos on recordings. When a student falls in love with a particular jazz recording or solo and they play it over and over, that could well be the beginning of opening their own imaginative channels. Listening to other jazz soloists gives much-needed inspiration and direction. The recordings often become the teacher, the guide. Since music is an aural art form listening is natural and must be encouraged.

The band director that takes time to listen to jazz combos (maybe instead of the news while driving to school) will soon find new things to try in the classroom.

Combo jazz is very organized. Sometimes the song will have an intro, and then comes the melody. After the melody is stated the individual solos begin. The length of each solo and the order of soloists may vary. The drum solo, if there is one, usually is the last solo. Then the melody is played again. Sometimes there will be an elaborate ending or coda. At other times the song will end on the last chord. This is the tried and true formula for the playing of thousands of songs in the jazz repertoire. The exciting part of this formula is the SOLO section. That?s the section of the piece where the listener can be taken on a musical journey of short or long duration. And this is the area the listener is waiting to hear because of the element of surprise that possibly awaits them.The more often one practices and solos, the more you want to do it again. And each time the solo can change because IMAGINATION is ever new.

I encourage everyone to experiment with improvising. Just sing a few notes and try to match them on your instrument. Don’t quit until you’ve succeeded in finding those notes.

Remember – “Anyone Can Improvise!”

The Benefits of the Lease/Purchase Program for Band Instruments