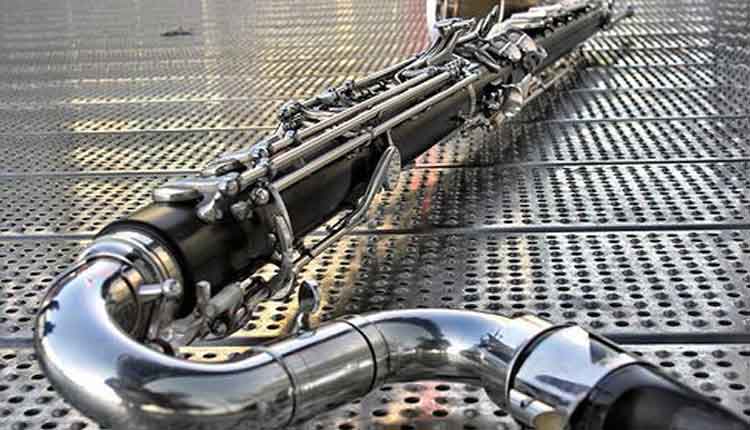 The ability to play auxiliary instruments is an invaluable asset for professional musicians, but not everyone can perform as effectively on a secondary instrument as they do their primary. Orchestral wind players are paid extra for doubling on the piccolo, English horn, or bass clarinet, for example, and bassoonists who also cover contrabassoon parts are often (and understandably) compensated for transporting the instrument as well. Trumpet, French horn, and (to a lesser extent) clarinet players regularly deal with orchestral parts written for instruments in keys that are either rarely played or no longer exist. While this added challenge usually results in highly-developed transposition skills, if a D trumpet or C clarinet is available and the conductor wants that particular timbre, these musicians must be able to make the instrument switch and play the part as written. In jazz bands, trumpet players who can step up and flawlessly perform a ballad on solo flugelhorn, or sax players who can also improvise on flute and clarinet (especially within the same chart) add depth and dimension to the ensemble. And the complex reed books found in the pit orchestras of most Broadway musicals require exceptionally versatile woodwind players. True woodwind specialists are perhaps the most sought-after performers in this industry, but because of the amount of sheer talent, time, and dedication needed to stay highly proficient on more than one instrument, these players are a rare breed.

At the high school level, however, students and directors both seem to have a very different take on the importance of learning a secondary instrument. Most double reed players dread playing flute, saxophone, or mallets during marching season; students assigned to play alto clarinet or bari sax in concert band, for example, tend to wonder what they did wrong; and even percussionists, who play auxiliary instruments almost exclusively, sulk when they don’t get to play snare drum on every piece. For some, these sentiments carry through into their college years, but most come to realize that they are assigned to play an auxiliary part because of their versatility and ability to play independently, and not because they auditioned poorly. But in high school, this is not always the case.

The piccolo, E-flat clarinet, and soprano saxophone parts seem to be the only ones assigned to strong players with any regularity, most likely because of these instruments’ prominent timbres within the ensemble. Alto and bass clarinet, tenor and bari sax, bass trombone, English horn, contrabassoon, and others often seem to fall into the hands of students at the bottom of the section, many of whom struggle with the basics on their primary instrument. Perhaps directors do this out of convenience – give these parts to the players who already sit at the end of the row – or assume that, because these parts are generally not as technical, the last-chair players might have an easier time with these.

However, even secondary instruments with like fingerings and easier ensemble parts present a number of problems to novice players. Despite the similarities, the bass clarinet and English horn are entirely separate instruments from the B-flat clarinet and oboe, for example. Secondary instruments require different reeds and mouthpieces, have different pitch tendencies, and some even transpose differently. Issues such as unusual key placement and finger spread, modified embouchure, and increased breath support can quickly derail any progress a student has made, if they don’t already have a good grasp of these skills on a primary instrument. Additional instruments also mean additional practice time, and some students may be either unwilling or unable to devote any more time to band than they already do.

Doubling is not for everyone. Encourage talented students, those who plan to continue playing after high school, to give the piccolo or bass clarinet a try, with the understanding that it will give them a competitive edge when they get to college. Try and rotate auxiliary parts between two or three players in the section, if possible, so no one feels as if they have been singled out. It is time for directors to banish the negative connotations that surround the playing of secondary instruments, and taking a more upbeat approach to part assignments and stressing the importance of having these instrument timbres within the ensemble is a good place to start.

Eddie Daniels Stompin at the Savoy

Your Students Deserve the Best Equipment

A Ligature is No Small Thing