An interview with inventor/trumpeter Don Novy by Banddirector.com 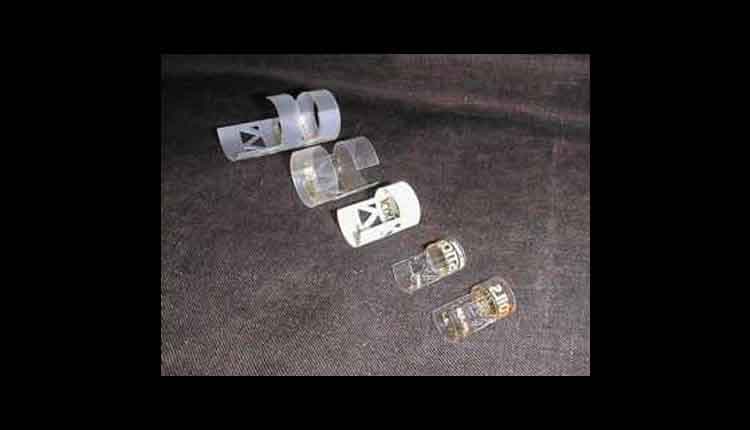 BD: (Banddirector.com) What is an AcoustiCoil?

DN (Don Novy): An insert to the bore designed for woodwinds, saxophones and brass instruments to improve their response acoustically.

BD: It goes inside of the instruments?

DN: It’s coiled in the shape of a compressible sleeve, made of tough, resilient industrial polyester. This unique design permits a “spring fit” and adaptability to the various sizes of instruments.

DN: No, contrary to what one would think from the many references to the “air stream” in wind and brass instruments, an instrument’s air column moves through it quite gradually. One can observe this by exhaling smoke through an instrument as you play it: it exits several seconds later.

BD: So there’s not much “force” to the air blown through an instrument?

DN: No, not in a lateral sense. As soon as sound is produced, the air column is vibrating rapidly, true, but like a solid mass from the point of initial impulse (mouthpiece), to the point of no pressure (bell or tone hole). Also, as the speed of the air column’s vibration determines pitch, it divides into long and short longitudinal “standing” waves (alternate regions of high impulse pressure/non-pressure). This rapidly vibrating air column, then, slowly displaces itself.

BD: Why improve reponse i n an instrument?

BD: How does the AcoustiCoil improve response?

DN: By causing “constructive interference”…That is, this is what happens to waves on water when they intersect each other…they’re taller at that point and therefore their interference is said to be “constructive”. Similarly, the AcoustiCoil’s patented edge technology increases the strength of the standing waves in instruments. It’s the same thing as an “impedance loop” in electronics, which matches impedance and produces more power.

BD: What’s that…..impedance, that is?

DN: In electronics (and acoustics), impedance is the ratio of input to resistance. And…when you transfer this equation into making music with a wind or brass instrument, the player is obviously the input and the instrument the resistance. Now, if we match impedance (add input and resistance simultaneously), as the AcoustiCoil does, up to a certain point the player doesn’t have to exert as much input to play his or her instrument.

BD: You mean it makes it easier?

BD: How did you ever come up with this?

DN: Back in 1973 I discovered a way to make interference constructive to the standing wave in horns. I had often wondered why one particular valve combination on my trumpet seemed to play better before it was “fixed” with new felt piston pads. Contrary to what every repairman had ever told me about this situation, my experience was always that A-flat (second and third valves down) appeared to lose some of it’s presence each time the valves were repaired with new felts. This was routinely done to re-align piston and valve casing ports when the pads became worn to “return the horn to playing like new.” However, in the case of my A-flat, it played better “like old!” Intrigued then, by this disparity between a common repair practice and my “old A-flat,” I se t about to re-search the entire field of interference in physics and acoustics.

BD: Did your research then reveal new information?

DN: Actually, it revealed old information! A 1953 study done at the University of Texas’ Defense Research Institute, proved years earlier that interference caused by an abrupt change in a cylindrical acoustical system (like that of a trumpet) can produce a matched impedance…added in-pu t from mis-matched ports, as in my “old A-flat! Knowing this, I then established the “AAIIRR<<Power” custom repair for better response in piston- valved brass wind instruments; the “AAIIRR” logo derived from Acoustically Adjusted Interference for Improved Response through Research, patented in 1976.

BD: How did the AcoustiCoil come about then?

DN: A trombonist friend who was a researcher in Physics at the University of Colorado suggested that since all wind and brass instruments work the same acoustically, I could improve his instrument by simply designing an insert to the bore containing the same constructive interference as the “AAIIRR” formula…I did, and it did! Then, requests from other friends, family and associates to see if I could improve the ‘impedance’ in their instruments led to the development of 20 additional models of AcoustiCoil; one for almost every brass or wind instrument.

BD: What’s been the response from players to the AcoustiCoil?

DN: Most players find it hard to believe at first…but then, after actually using it, become ardent believers! Surprised, they’ve said “It’s amazing!”, “I like it!”, or “How’d you do that?” far more than “noticed no difference”, or “not for my instrument.”

BD: Are there, then, negatives to the AcoustiCoil?

DN: Positive responses by far out-weigh the few negatives. The AcoustiCoil and installation area within the instrument have to be kept clean to function well. However, that should go without saying on all brass and wind instruments! Also, not all instruments or players necessarily need response improvement (some highly competent players view any change as disruptive to their technique). And, lastly, the degree to which an AcoustiCoil improves an instrument is of course dependent on how responsive it is to start with. Some instruments respond very well. Overall, however, I’ve found that most players and instruments can use, and/or welcome the AcoustiCoil’s help. For those who don’t, it comes with a money-back guarantee, and, since it’s introduction we’ve had less than 2% of all sales returned every year! This is very gratifying to me in that it shows that AcoustiCoils do indeed help players 98% of the time!

Acousticoils retail for $40.00 and may be securely ordered from Don’s Denver Musicians Association hosted website at www.dmamusic.org.

What Do You Know about the Music Programs in Your Local Area?

Eddie Daniels Stompin at the Savoy

Your Students Deserve the Best Equipment

A Ligature is No Small Thing