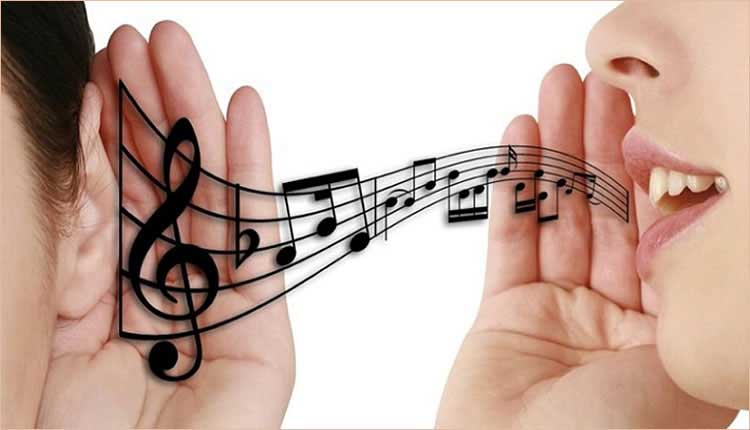 The searing power of Bruckners’ 4th final moments ring out perfectly in tune in Avery Fischer Hall. The whispered entrance of the clarinet in Tchaikovskys’ 6th, first movement, followed by low brass chords of which Tchaikovsky could have only dreamed float through Orchestra Hall. These moments are rare, almost sacred in their perfection.

Sure precision, accuracy and tone play a great part of these moments, but it is the fact that these qualities combine with flawless, pure harmony that imprints them on the heart of the listener.

In these moments we discover “the grail” of musical performance.

The worlds’ finest musicians achieve memorable performances such as these by making a choice lesser musicians will not endure: they choose to listen. To really listen.

As the developer of The Tuneup Intonation Training Systems, I have spent the last 10 years dealing with the subject of fine intonation. My path began with a realization of my own need for improvement in this area. Throughout my career as a professional hornist, intonation was a “taboo” subject. “Don’t say anything about mine and I won’t say anything about yours” was the unspoken rule. Eventually, as a principal horn, it was my duty to hold the section together and raise the standard. My own skills, however, were not strong enough. As a result, I developed The Tuneup Systems.

I will never forget my introduction to Gene Pokorny, Principal Tubist with the Chicago Symphony. While exhibiting at a brass workshop in Phoenix, Gene bounded up the stairs into the exhibit hall and asked “Who’s playing that pure third?!?” Thus began my relationship, first with the Chicago Symphony low brass, then to other professionals of almost every instrument in many orchestras.

Much to my surprise, not everyone has the drive and the desire to subject their own playing to the level of critique that these fine players do. Don’t tell the Emperor he’s naked?!

How is it possible that those pursuing an aural art choose to compromise in an area as crucial as intonation? Even more, how is it possible that the listener is expected to accept such a poor standard?! When I tell non-musicians the nature of my business, that of teaching musicians to play better in tune, often their response is “I thought that was all part of it?” Hmmm. So did I?

Is fine intonation really a skill limited to those fortunate few born with a natural aptitude for pitch awareness? Are the rest of us out of luck? Allow me to share some of my experiences over the years. Since many of the examples I use are not particularly complimentary, I will refrain from using names of ensembles or individuals. Sadly, most will not even know I refer to them!

Sitting in the Director of Ensembles’ office at one of the most prestigious music schools in the country, I was told with a sufficient amount of disdain that “we have no need for intonation work. By the time the student arrives here they should know how to play in tune.” Apparently he had not attended the concert the night before.

A very fine hornist earns her Bachelors at a top rated music school under a hornist of international repute. She arrives at another very fine school with painfully weak intonation skills. Her new teacher, whose own pitch is outstanding, suggests she obtain a Tuneup: Basic Training System and in a few weeks, the hornist performs a recital with spectacular intonation.

The editor of the official journal of an instrumental music society schedules a review of Tuneup with using a student with several other students present. The editor rather confidently states that he hears no improvement in the student’s pitch having worked with the student. (Outside the teachers’ office, the other students in rather hushed tones say that the difference they heard was very significant.)

Now, let’s look at these examples. In each of these situations, it was the director or teacher who either enabled or hindered the students’ progress. This is not to let the student off the hook; self motivation is the key to personal excellence. But the role of the teacher is to teach! But how does one begin to teach such a difficult subject?

In my clinics I use a steady drone pitch against a very slow octave glissando to demonstrate pure intervals. As the pitch ascends against the drone, one hears each interval move in and out of tune. At the end of the example, I ask the question “How did you know when it was in tune??” Most often a player would say something like ‘when the beats stopped’ or “when there were no beats.”

My reply to the student is far more simple. We know it is in tune when it sounds right!? The heart and the body agree with the ear when the pitch is right. Nature is at work. So, my question to the director and teacher is, “Do you hear it? Do you hear when your ensemble or student is out of tune??” The question is a trap.

I submit that fine intonation is not optional. It is the “grail” to be pursued with almost religious zeal. I doubt many would disagree openly, but the difficulty of such a pursuit is daunting. The subject is fraught with insecurity, ego and intimidation, not to mention a ravenous consumer of rehearsal time. Fine intonation, while the grail of the musician, is also the bane. Many are not even convinced that all can achieve fine intonation. Where does aptitude come in? Are there those who simply cannot hear pitch discrepancy?

In my years of training intonation skills, I have developed a theory that may verbalize the experience of many. If we consider the ability to hear perfect intervals as “grooves” in ones’ hearing, those with strong, natural abilities would have distinct, deep grooves. Those with poor pitch awareness would have very shallow grooves.

The key, of course, is step one; the ability to identify and correct pitch discrepancy. This is where some believe that aptitude is in complete control. Fortunately, my work with intonation has blown that concept to kingdom come?

I believe the problem lies in the process. The typical director or teacher spends a few moments telling the player he/she is out of tune, followed by lots of pointing. The player watches for the teacher to quit pointing and maintains that pitch. Next, the player goes to the local music store and buys a digital tuner, maybe even one that clips on their instrument. Pretty soon, they’ve got the best tuned set of eyes in the band; all without engaging the ears at all. And it is through this process that we determine the aptitude of a student?

The skill that must be taught (and can be taught!) is that of awareness of pitch discrepancy, or “the beats”. This is an aural skill! Using my glissando example, it is my experience that everyone can detect the flaws and the correction in the Perfect 5th (P5) and other intervals. In other words, most everyone has a certain depth of “groove” for a P5. The challenge is to hear the more complex intervals. In my clinics I point out that each interval has a different “feel” or texture depending on the resultant tones produced. The P5 is very placid and still while the P4 is very slippery and tentative.

Quite often it is sufficient enough to focus the student with low aptitude on the strength of the P5 to begin the process of raising pitch awareness. Nothing is more satisfying for me than to see the eyes widen, the eyebrows raise and the student say “Oh! That??” when they first become aware of the beats! They are like a child who has just learned to ride a bike who takes off down the street on their own.

But even then, awareness of pitch discrepancy, especially only on the P5, does not translate into the ability to play in beautiful harmony. It is the development of familiarity with the character of each interval that leads to this skill. This is where opportunity becomes crucial.

Whereas one player will quickly identify most every interval both in their ear and on their instrument, the player with a lower aptitude will require more time to “deepen the groove” in their hearing. This is done by humming or singing intervals perfectly in tune for extended periods. As the player becomes sensitized to the disturbance between their voice and the drone or other player, the ability to identify dissonance and consonance is developed. This is where opportunity and proper conditions even the playing field.

The challenge, of course, before the director/teacher is to find enough hours in a day to insure that each student develops pitch awareness. Practically, it is simply impossible for the director/teacher to spend the time necessary for each player to develop a “working” sense of pitch awareness. This is where the individual must take personal responsibility. But first, they must be equipped to succeed.

In the next installment of this four part series on Intonation, I will address what I consider to be the most important aspect the player must learn, not only to play in tune, but to be a fine musician: Opening The Ears of the Heart??