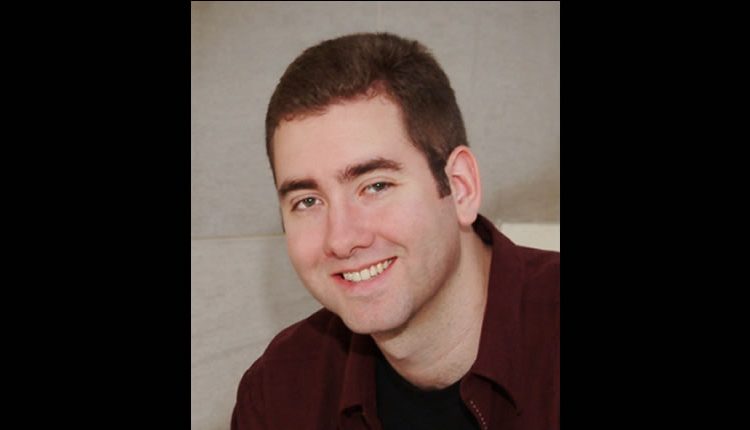 You didn’t have a “conventional” childhood. Can you talk about your musical upbringing?

My musical upbringing was much like many kids: it started off with piano lessons. I began my music studies around the age of nine. Piano lessons were just another part of my young life, which also included Boy Scouts and sports. I had no idea that the skills I learned through piano and later, clarinet, would propel my interest in music performance and composition.

I was an Army brat; the son of a military medical officer. Traveling around every 2-3 years from place to place took me away from my friends. It was not until I graduated from high school that I realized my unconventional childhood allowed me the opportunity to meet numerous people all over the nation. My friendship base is large and I appreciate the chance to know so many people.

I was interested in so many fields growing up, including math and science. I excelled in Physics. I enjoyed playing baseball. Music was a part of my life but never dominated my daily activities. However, music was my escape from the grind of everyday life. I loved my alone time, which I guess is why composing works for me. Composing by its very nature is a solitary occupation. Also, film music played a huge part in my initial interest in music. I love a great tune!

When did you start composing?

I am, in contrast to the prodigies of the world, a ‘late bloomer.’ I did not finish my first composition until junior year of high school – an alto saxophone and piano piece. It was not until the summer after my senior year of high school and a stay at the Brevard Summer Music Festival that I really started writing on a constant basis. Funny note: I recall from my early piano studies not able to focus on the piano assignment at hand. I usually zoned off and made up stuff on the piano. My mom once commented that I never really finished a piano assignment; I could only play the first half of them. So, I guess there was a curiosity for composing early on…or a healthy tendency to goof off…constructively.

Can you tell us about a music teacher who had a great impact on you?

I joined the band in middle school. My family was stationed at Tripler Army Hospital in Hawaii, and I attended Moanalua Intermediate. My band director, Don Tsuha, was one of the most important influences in my musical life. His upbeat, positive style of teaching invigorated my musical curiosity. He not only taught me to play the clarinet, but also helped me understand and appreciate all the instruments in the band.

How would you describe your musical portfolio?

Varied influenced by a range of styles. I like my music to be tuneful and my orchestration colorful.

Who are your major compositional influences?

I shock a lot of people with this one – Howard Hanson. The expected names I’m sure would be Beethoven, Bach, Mozart or even Copland. And I love each one of them, but my heart follows the American Romantics. Oh, a shout out to my composition mentors for their guidance and influence, Martin Mailman, Donald Grantham and Dan Welcher.

Your first commercial CD, Twilight in the Wilderness, features performances by the North Texas Wind Symphony, Rutgers Wind Ensemble and SIU Edwardsville Wind Symphony. How was it working with those groups?

Working with an ensemble in general, its conductor and players, is one of the most enjoyable parts of the process. I mentioned earlier my desire for alone time and how that fits in a composer’s way of life. But many times, a composer needs to get out of his or her shell and embrace those who bring the music to life. Words to describe this part are excited, informative, enjoyable, enlightening…and just a whole lot of fun. I welcome the opportunity to work with ensembles on performances and recordings because it offers a unique experience for the players and me.

The title track of your CD, Twilight in the Wilderness, won several prestigious awards, including the 2003 College Band Directors National Association Young Band Composition Contest. What went into creating such a powerful piece?

Twilight in the Wilderness is based on a powerful painting (of the same name) by Hudson River school and landscape painter Frederick Edwin Church. Church lived around the turn of the 20th century and primarily painted landscapes of the New England countryside. The painting is a work of magnificence and brilliance and I worked to convey this in the piece.

You have participated in master classes with quite a few well-known composers. Can you tell us how that experience has developed or inspired your music?

Every new event, skill, impression and/or technique you come in contact with changes you. We continue to learn by reading books/articles, watching television specials and listening to recordings. But nothing compares to meeting and discussing with other masters in your field – intensive schooling. Every well-known composer I have studied with, whether it be years or a short masterclass, has molded me to who I am today as a composer. I cannot imagine what my music would be like without their guidance and support.

You receive a lot of praise for your radio show at WRR Classical 101.1 FM. Can you tell us how you got started in radio programming?

By chance! I was just a kid out of college looking for a job. I knew to be a full-time composer dues would have to be paid (maybe working at a retail store or waiting tables). My hope was to find something music-related, at least. WRR had a position available and they were looking for someone who had classical music experience. I had that but no broadcast experience. Along with my deep ‘radio’ voice, I was given a crash course on how to be a broadcaster – over one weekend. After that, I was on my own. The rest is history.

Do you have any new works on the horizon?

I just completed a new wind band work commissioned by Texas Bandmasters Association titled Gabrieli’s Trumpet. It is a jazz-inspired work incorporating a canzon by Italian composer Giovanni Gabrieli. The world premiere by the Lone Star Wind Orchestra in San Antonio was spectacular. Another work for wind band which I am hoping for a large audience is my concert march Valor of the MNC-I. It was a request of my father, COL Leo Tucker, in tribute to those men and women who have served and are serving as a part of Multi-National Corps Iraq. The Dallas Wind Symphony premiered it in March. Other new works can be read about at my website, TuckerMusicWorks.com