The Roots of a Successful Program (Part 1) 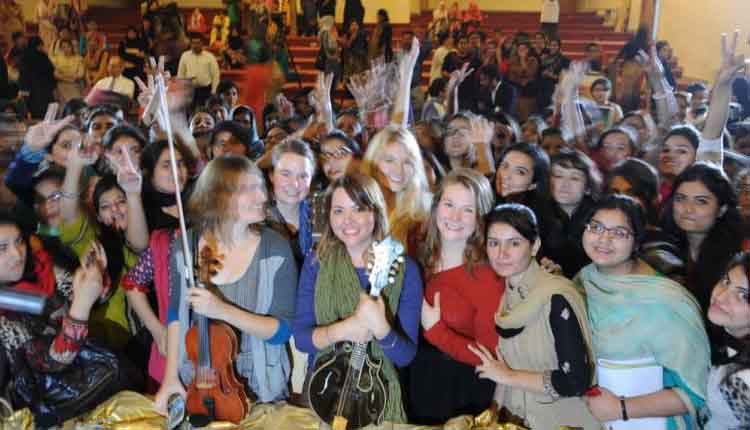 In today’s economic climate and with the pressures from other academic disciplines music programs are in a fragile position.

Several years ago the Traverse City School Board was considering eliminating the sixth-grade beginning band program to balance the budget. Band director, John Campbell, waited until the end of the lengthy discussions before addressing the board. He explained that the band program is like a flowering plant. The flower is the high school band program, the stem is the middle school band program and the root of the program is the beginning band – the sixth-grade program. If they cut the stem and flower from the root the flower will continue to blossom for a week or so and never flower again. But, if they cut off the flower and leave the roots and stem, the plant will eventually grow more flowers and continue to grow beautiful blossoms year after year. John suggested the board cut at the high school level and leave the beginning band in tact. Then, when budgets were stable the school system could reinstate he programs at the high school level – the flower – almost immediately. If they cut the beginning program, the school system would be destroying the root of the flower they call band and it would take years to re-grow their program when funds become available. The message was a powerful one and the board spared cuts to the beginning program.

As music educators it is imperative that we do not succumb to the beauty of the flower that is the high school program and neglect the roots of that flower. The advanced musical skills, exciting performances, public recognition, travel and attachment to students we have watched grow-up provide a very gratifying environment that can distract us from the beginning program. First and second year educators feel more comfortable with the high school ensemble because of the similarities to their college experience, the “maturity” of the students and the fact that it has only been four or five years since they were a member of a high school band themselves.

The middle school and beginning music programs have little in common with the university experience. Getting students started with the proper habits, guiding them through those first honks, squeaks, groans and scrapes requires us as teachers to be a cheerleader, coach, expert analyst, visionary, salesperson, promoter, psychologist, pedagogical master and possess unflappable patience while 30 to 100 beginners make their way through “Hot Cross Buns”. Trying to keep young students motivated in a discipline that is inherently grounded in delayed gratification when they are surrounded by immediate gratification activities creates an environment that can feel quite alien to any music educator let alone the beginning one.

It is easy to see why educators spend so much time gazing at the flower rather than tending to the roots of the program. After all, roots grow in dirt where bugs, worms and other unattractive squiggly things live. You never know what the next turn of the spade is going to uncover. And who sees the roots, anyway? These are sheltered from the light of day beneath the soil while the flower of our program continues to be in the community’s eyes. We must remember the ability to produce beautiful flowers year after year is dependent on healthy roots. The high school band or orchestra cannot flourish without a strong beginning and middle school program.

May flowers don’t just burst from seeds planted in May. It takes months of preparation before the stem even breaks the soil. Months before the first flower the gardener needs to create an environment that will foster growth. The soil needs to be broken up, peat moss and fertilizer added and the seed placed in the ground months in advance. Then, we need to tend the seed still underground with constant watering and weeding.

Starting the beginning string or band program shares much in common with creating a beautiful garden. The Gemeinhardt reports of the early 1980’s emphasized the need for creating a stronger awareness of the beginning music program. Parents need information. If recruiting will take place in May, we must prepare the students and parents throughout the year.

In September we need to start the ongoing process of informing parents about the music program, the benefits of music and what the procedures will be to involve their children in the music program.

Place an article in the elementary school newsletter explaining that in May students will have the opportunity to join the instrumental music program. Invite them to stop by the music table at the school’s open house and at parent-teacher conferences and to attend one of the concerts throughout the year. Fall marching band or orchestra Halloween concerts are great promotional events filled with excitement. Be sure you have something in every newsletter throughout the year that is pertinent to beginning band or strings.

Have a booster table set up at the elementary school open houses and parent-teacher conferences with information regarding your program in a brochure or handout. A short two to three minute PowerPoint presentation filled with pictures of last years beginners having fun in music along with shots of the middle school and high school programs with sound-bite quotes will continue to encourage the “seed” to grow. Have your second year students perform in informal duets, trios or quartets around the school during these events. They can play songs from the method book, Row, Row, Row Your Boat in a round, or the arrangement of Twinkle Twinkle Little Star, whatever. The majority of the information (75-80%) should concern beginning and second year band or strings class with the remainder offering highlights of the middle school and high school programs. Remember, your target “customer” is the first year music student parent; they really don’t care about festival ratings and scheduling at the high school.

Again, this is another opportunity to have information on hand even if it just an ongoing video presentation or a table with brochures.

In April mail a letter to the parents in the grade you will be recruiting with a short description of the events and procedures their children will be experiencing as part of the introductory instrumental music experience. Be sure to list the dates for fitting and information/rental meetings.

Perform a short (20 minute) in school concert. If possible, perform for the entire elementary (it never hurts to prepare the “soil” years in advance). One of the most effective ensembles to use is your second year students. These are the same kids on the playground, in the cafeteria, hockey and soccer teams with the students you hope to recruit.

It is not unreasonable to expect to enroll a minimum of 50% of a grade in beginning instrumental music. The days of “selecting” only those students that show sufficient aptitude for music or, “Take the best, shoot the rest” are no longer appropriate. They never were. That may apply to conductors but not music educators. Every child should have the opportunity to participate according to his/her needs. As with seeds, you never know which ones will eventually become beautiful flowers. Remember, even weeds often have some of the most radiant flowers.

There are several effective recruiting packets available today that can help music educators maximize their effectiveness in getting children to join the music program. During the past 20 years the music industry has tried to act proactively anticipating the impact of the proliferation of activities for children at an early age from year round hockey and soccer to academic games, television and computers. Marshall Music has developed the Excel Project a comprehensive plug-in recruiting program complete with advocacy articles, parent letters, posters and an implementation timeline to assist educators in maximizing instrumental music participation that the director customizes. (See the Marshall Music Newsletter Archives at www.marshallmusic.com) There is no need to reinvent the wheel. Any one of these programs can minimize your time while increasing your efficiency in bringing parents and students to your program.

In general, high school ensemble enrollment (9-12) tends to be 25%-40% larger than the beginning band or strings class. If a school is starting 50 band students it can expect to have a high school enrollment of 65-75. The program that starts 100 string students in the fifth grade can expect 125-140 string players in grades 9-12. Obviously there are exceptions to this rule but 80% of the schools will fall into this formula. These numbers emphasize the need to keep our attention on the recruiting and retention in beginning programs.

In today’s economic climate and with the pressures from other academic disciplines music programs are in a fragile position. More than I’s at festival and invitations to perform at conferences, communities and administrators measure success in the music program by numbers of students. The greater the participation of the student body in band or orchestra the more valuable a program is perceived and the less likely it will suffer deep cuts or harmful scheduling conflicts. It is hard to argue with success. The Catch 22 here is the most visible part of any instrumental music program is the high school ensemble whose numbers are dependent on how many students are enrolled in the beginning program. It is vital that the band or string teacher devote considerable energies to enrolling as many students as possible in the beginning program. Unlike gardening where we can run down to the local nursery and buy flowers to fill in our garden, there is nowhere for the high school director to go to fill in the band or orchestra. You have to grow your own.

William W. Gourley is the Senior Program Development Executive and Educational Coordinator for the Marshall Music Company of Lansing, Michigan where his responsibilities include editing and writing Marshall’s educational newsletter, mentoring music teachers throughout the state, lecturing at universities, presenting workshops, coordinating educational programs and seminars for music educators. Mr. Gourley is the conductor of the Dexter Community Band and the Ann Arbor Civic Band. During his twenty-five years as a music educator he taught in the Dundee and Chelsea school systems, served on the conducting staff of the Blue Lakes Fine Arts Camp, founded and conducted the Southeastern Michigan Honors Band a high school student ensemble that toured throughout Europe. Mr. Gourley is in demand as a clinician, adjudicator, guest conductor, and lecturer for student/adult ensembles in the state and nationally. Bands and orchestras under his direction have performed at prestigious festivals, music conferences, and concert venues throughout the United States, Canada and Europe. Because of Mr. Gourley’s leadership, musicians have gained a national and international reputation of excellence for their musical proficiency and artistry.

The Roots of a Successful Program (Part 2)