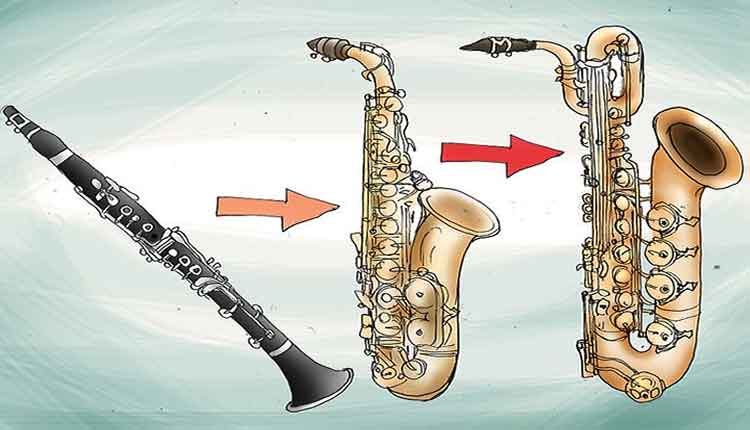 Whether your band’s instrumentation is stable or the loss of players through population mobility causes gaps in part coverage, there may be occasions when you’ll want bandsmen who can play more than one instrument.

Developing secondary instrument players is important for personal exploration by students, to balance the instrumentation of your band, and to increase the variety of your programming.

An instance where “The Middle School Philosophy,” including the concept that middle school is a time for exploration, seems to best fit band instruction is when we allow experienced players to try instruments other that their primary ones. The degree of the student enthusiasm may surprise you when you announce, possibly once per quarter or semester, that your band is having an instrument exchange day for all who are interested. You can also do the exchange individually as interest surfaces throughout the school year. Let students try some of your spare instruments or have them try their friends’ horns after cleaning mouthpieces. Give them enough instruction, augmented by assistance from other students, to master basic playing skills. Afterward, their curiosity satisfied, many will gladly return to the familiarity of their normal instruments, but others, especially the really bright kids, will discover that they can readily pick up a secondary instrument and play it reasonably well after a short time. For those who decide to follow through, suggest a piece or two from your band folder to play that will most likely insure their success on the next concert.

After trying out instruments earlier in the semester, our final band concert one school year featured the following transfers:

If we had been able to find instruments for them, there were more who would have participated, but all who made the attempt followed through and played secondary instruments on one or two pieces. There was noticeable excitement and pride in their accomplishments.

One key ingredient in promoting instrument transfers is to have readily available instruments. Only the more affluent students will be able to rent or buy a second instrument. Expand your instrument inventory, either by purchasing new horns or looking for quality used instruments in antique shops, flea markets, and pawn shops. I conducted such searches for many years and, in addition to the abundant trumpets, saxes, flutes and clarinets, I found one older model Conn 6-D for $99, a tuba, two baritone horns, and two Conn trombones with F attachments. In one shop, I also purchased what the owner represented as a clarinet with no mouthpiece, but was really a Conn oboe for $35. We’ve also added several good student instruments by advertising in feeder newsletter and local newspapers that we welcome donations of instruments sitting idle in closets, attics, and basements.

An inevitable pitfall can occur with the student who hasn’t put much effort into learning his or her first instrument, isn’t being successful, thinks other instruments must be easier to play, and want to switch. In those cases, if the motivation to try something new is strong enough, you may be able to use the secondary instrument as a carrot. Set a goal for the student to work toward, like learning a half dozen new scales, then permitting the transfer after the objective is met. If the strategy works, you’ll have achieved several desirable goals, including the expansion of your band’s instrumentation.

The limitation that initially concerned me most, that of damaging the embouchure or lowering the performance skills of students on their main instruments, hasn’t materialized. Possibly the flexibility of young muscles, combined with the reality that middle school players don’t always put in the hours of practice that would develop instrument-specific muscles to a high degree, make it easier for them to switch easily from one instrument to another with few side affects.

The benefits of allowing or encouraging the pursuit of secondary instruments start with enthusiasm among your students. Remember the excitement when your advanced students were first learning to play? As you continue to lead them to achieve a high level of expertise on their first instrument, you’ll notice some of the intense enthusiasm returning as they also explore a secondary instrument.

Those students who prove very adaptable and quickly gain basic performance skills on a transfer instrument can be a great resource as you try to balance your band and produce a characteristic concert band sound. You’ll probably have to impose some common sense restraints, as I did, if your two strongest flute players fall in love with the French horn. They readily agreed when I asked them to play French horn only on the non-festival pieces so we could have their strength and leadership in the flute section on our feature music.

Probably every band has students, hopefully coming to you from somewhere other than your own feeder system, who have serious, deeply ingrained habits that prevent them from ever becoming proficient on their primary instruments. The most common examples for me have been trumpet players with faulty embouchures, possibly correctable with intense private lesson work, who explore baritone, trombone, or tuba, and immediately sound vastly better than they ever did or possibly ever will on trumpet. Some enjoy their new success so much that they make a permanent transfer to the low brass permanent.

Balancing or enriching your band’s sound through the addition of more low brass sound or tone colors like oboe, bassoon, and French horn, opens the possibility of programming literature that would be ineffective or impossible without them. Be sure to point out to your band and your parent audiences that the secondary instrument players are responsible for some of your band’s improved sound. With the recognition and attention accorded secondary instrument players, you’ll find it easier to find transfers in the future.

Encouraging the playing of secondary instruments can bring the following benefits in your band:

Observing the need for common sense and some restraints, the pursuit of transfer instruments can provide more enjoyment and satisfaction for your bandsmen and help your ensemble develop a better concert band sound.