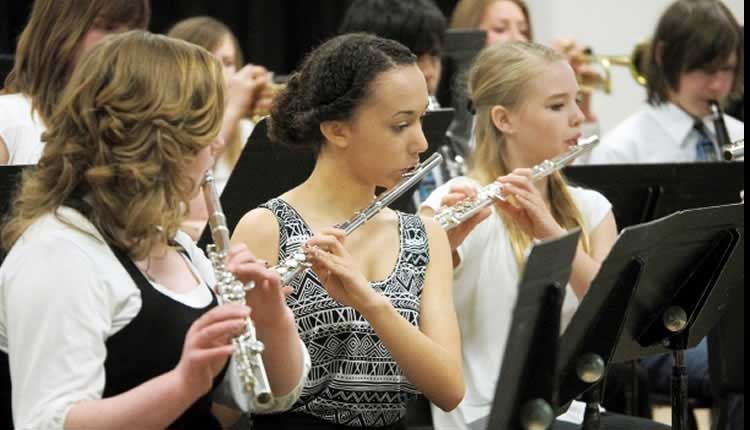 Band conductors need to constantly look for music that is artistically interesting and of educational value. I have written about this in some detail in the past and would urge readers to consult previous issues of Tempo if interested. (For those who do not have access to old issues, we have reprinted my articles on the Rutgers Music website: http://music.rutgers.edu/windband/tempohome.htm.)

It is very difficult to truly appreciate the dramatic changes in band literature during the past 50 or 60 years. Prior to that time there really was not a serious repertoire for bands. Most groups played transcriptions of orchestral music, novelty numbers, and marches. Certainly, there were some serious works, including the suites by Holst and Vaughan Williams. However, these were the exceptions rather than the rule.

Frederick Fennell has spoken and written about the very small quality of serious repertoire that was available when he founded the Eastman Wind Ensemble 50 years ago. He spent considerable energy encouraging composers to write for the medium. (There are a number of accounts of Fennell’s early work at Eastman and how he encouraged composers to write for “his” new group. His own account is a short and easy read. The article by Hunsberger and book by Battisti also tell the story; see below.) Certainly, Fennell is a true pioneer and champion for a serious wind movement. His contribution is almost impossible to measure and can serve as an inspiration to all.

The modern band conductor’s task of choosing music to perform is far different than that faced by Fennell in the 1950s. Today, we have a considerable repertoire that is continuing to grow by leaps and bounds. Our end goal remains the same as always: to select music of quality. I might also suggest that we balance newly composed works with older pieces to provide contrast of style and to assure historical continuity.

We must continue to encourage composers to write quality music much as Fennell did in earlier times. One sure way to do this is to program new music – this having many benefits. First, composers get to hear their music, which will undoubtedly help them to develop as creative artists. Second, and more practically, for those composers whose music is published, sales will assure that their music stays in print, thereby being available for future performances. And success will encourage them to write additional works.

We in New Jersey are particularly fortunate to have several outstanding composers who specialize in music for the serious wind-band. Two of the most widely recognized are Timothy Broege and Bruce Yurko. I am always surprised how few New Jersey band conductors seem to program music by these wonderful composers. Yurko’s compositions range from medium to difficult. Broege writes music of all difficulty levels including wonderful titles for the elementary band.

I would also encourage directors to consider commissioning composers to write works specifically for their own groups. Frank Battisti commissioned some of the real masterworks for the band medium while he was a high school band director in Ithaca, New York. (See the book by Norcross cited in the bibliography.) My former colleague Bill Kellerman commissioned then relatively unknown composer Steven Bryant to write a piece for his Bartle Elementary School Band. Bryant visited his band and worked with the students while composing his OverturusInterruptus. The result is a real masterpiece for the developing band. Especially with young composers, the commissioning fee can be very modest, and band boosters could be enlisted to help raise the funds necessary for this special activity. Grants are also available for this purpose. It can be a marvelous experience for the students (and the composer). Even forgetting the quality of the resulting work, the experience in itself would be memorable.

While I firmly believe in the need to expand our repertoire, I also believe that band conductors have done a particularly poor job in preserving our past. Obviously, there were many works written in then 1950s, 1960s, and 1970s that do not deserve much further attention. However, there are a great many works that have fallen out of favor for no particularly good reason.

I have spent a significant amount of time recently devoted to research on the composer H. Owen Reed. Most high school and college conductors are familiar with his La Fiesta Mexicana. (William Silvester has recorded it with his fine TCNJ Wind Ensemble, a terrific performance.) It was one of the first – if not the actual first – symphony for the modern serious wind band. He composed the work in 1948 and 1949 as part of his Guggenheim Fellowship activities. The United States Marine Band conducted by William F. Santelmann premiered it in 1950, and Fennell’s 1954 Mercury recording brought it considerable attention. It has received thousands of performances since.

However, very few conductors know of his other works, many of which are accessible by high school bands. Most are published again and are readily available. Heart of the Morn, Spiritual, The Awakening of the Ents, and Missouri Shindig are all very playable by high school bands. For the Unfortunate is somewhat more challenging (Grade 5)[some might say Grade 6] but still within the bounds of good high school ensembles. It was composed for the McKeesport (PA) High School Band and won the Kjos Memorial Award in 1975. All of his works are unique and represent serious artistic expression lacking in much of today’s best selling titles for band. They deserve more interest than they currently receive.

There are many other composers deserving renewed attention, including Roger Nixon (Reflections, Elegy and Fanfare-March), Howard Hanson (Chorale and Alleluia, Dies Natalis), Virgil Thompson (A Solemn Music), Alan Hovhaness (Hymn to Yerevan, Suite for Band, Tapor No. 1), Samuel Adler (A Little Night and Day Music), and Hale Smith (Take a Chance, Somersault). All of the pieces listed are Grade 4 or easier. There are countless pieces by these and other distinguished composers that are sadly neglected. Conductors and students alike would profit from study of this music.

Let me add one postscript and qualifier to this discussion about literature. I wrote this article during the midst of New Jersey’s concert band festival season, and repertoire choice is quite fresh in my mind. I heard a fair number of bands and spoke with several adjudicators from several different sites about what constitutes appropriate repertoire for band festivals.

Music selection for band festival presents special challenges for the band director. (See my Tempo article from January, 2000 for some specific ideas.) Certainly, musical interest and pedagogical value are still the most important variables. The work must generate musical interest. (Adjudicators almost always make jokes about the lack of musical substance in pieces by certain oft-performed “band” composers – with good reason perhaps.) However, directors must also recognize that their selection of repertoire should not place their students at a performing disadvantage at the festival. Directors should avoid the most standard works like the plague (such as the suites of Holst and Vaughan Williams). Adjudicators have pre-conceived ideas about the interpretation of these works. Avoid music that features weaknesses in the group such as solos by weak players. Rather, highlight the strengths. There is a considerable repertoire that has musical validity that can be played well, but it might take some research to find it. Conductors should exercise their best musical judgment.

Choice of repertoire might be one of the most important tasks for the band director. The nature of the educational experience depends on studying music that possesses musical substance, and choosing music of differing styles will make the experience richer. Examining non-conventional choices might prove to be a most rewarding activity for student and teacher alike.