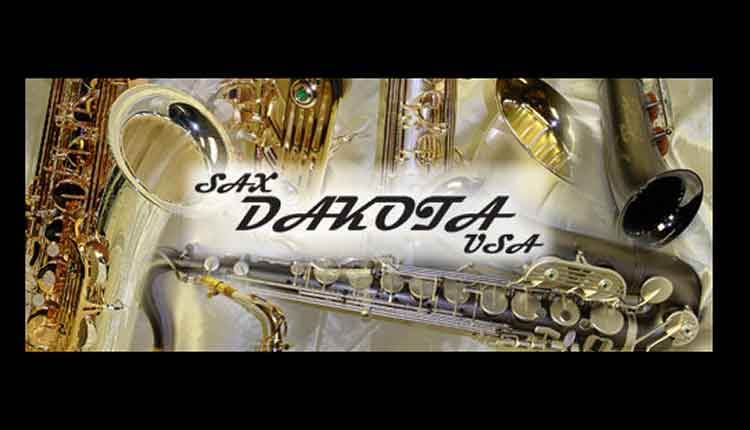 If I’m to be completely honest, I’d have to say that, more than anything, I chose to play the saxophone because of how it looked. Maybe that’s shallow, but 11-year-olds are supposed to be shallow.

There were other reasons, certainly. For one thing, my dad played the saxophone. That was an influence. But he also played the flute-which actually was my first instrument-so that wasn’t the decisive factor. I think maybe I liked the sound of the sax, too, although I can’t remember, exactly.

I know for sure, however, that the horn’s appearance was the clincher. One day, my dad brought home a new Selmer Mark VI, and just like that I fell in love. It had an ineffable quality: the curve, that complex mechanism and the deep golden finish. Something about the way it looked when held by someone who really knew what he was doing. More than a trumpet, trombone, flute, or clarinet, that lovely new saxophone appealed to that 11 year-old’s yen for sophisticated gadgetry and nascent sense of cool.

Today, I have an 11 year-old son of my own who’s just starting out on the saxophone. When I showed him the new Sax Dakota SDAS-1020 straight and SDA-1000 curved alto saxes, he said with amazement, “They look like they’re from the future!,” which, I must say, was very close to my own reaction (like father, like son). The horns make a spectacular first impression. Both are finished in a satin Gray Onyx color (the inside of the bell is bright Gray Onyx), with satin silver key work, abalone mother-of-pearl finger inlays, and distinctive “Packard Grill“-influenced key guards. Tastefully conservative engraving on the oversized bell reveals the rose brass beneath. Opening those cases with my son took me back to that day 30-odd years ago when my dad introduced me to the Mark VI. Of course, the Selmer played as good as it looked. Will the Sax Dakotas? We shall see.

Sax Dakota is the brainchild of L.A. Sax-founder Peter LaPlaca. Famous for their multi-colored finishes, L.A. Sax revolutionized the saxophone’s appearance. (Remember then-President Bill Clinton’s red, white, and blue tenor? That was a LaPlaca creation.) LaPlaca sold L.A. Sax in 2001, but he apparently hadn’t gotten sax design out of his blood. In 2007 he introduced his new baby, Sax Dakota-a line he claims is “designed to compete with the largest brand names in the industry … Selmer Paris, Yamaha, and Yanigasawa,” an ambition claimed by many but achieved by only a precious few.

Mr. LaPlaca sent jazz.com two horns for review: the SDA-1000 standard curved alto, and the SDAS-1020 straight alto. The horns’ retro-styled hard wood cases are covered in khaki-colored tweed, with dark red leather-textured rubber trim, and brass hardware. The straight horn’s case is necessarily of an odd size; long and narrow, it resembles a bass clarinet case. Both cases are lined with plush burgundy velour. The curved alto gets its own blanket attached to the interior, which lends added protection when the case is closed. Both cases are rather heavy and uncomfortable to carry, but look to be plenty sturdy and should provide ample protection.

The horns are exceptionally well constructed and designed. Both have a hand-finished, fast-tapered neck, a body made of 77% copper content brass alloy, with black oxide steel needle springs and pivot screws. The pads are made of soft merino leather with hardened tone boosters. The keys in the lower register feature double arms, the better to insure proper response. Key rods are made out of solid nickel silver, and the octave key stop is made out of solid brass, as opposed to the cork used on most horns-a simple but very nice touch. The horn has precision adjustment screws from top to bottom, which presumably makes it receptive to extreme fine-tuning.

I tested the horns over a period of several weeks, privately and in an ensemble setting. I used a Runyon 7 mouthpiece (orange, if you’re interested) with the “Spoiler” insert. Like most new horns out of the box, the action on both was extremely high-much higher than I prefer. After a few hours, however, I was able to adjust, making evaluation a fairly simple matter.

The first thing I noticed (after the horns’ striking appearance) was their heft; they are both heavy, substantial instruments. The action is extremely smooth and tight. Of particular note are the left hand table keys, which depress easily with a minimum of stretch and strain on the pinky-no trivial matter for someone (like myself) with small hands. The key cups are shallow, requiring the use of a thin pad. As a result, the act of depressing a key results in a distinct and nearly audible “pop.” Work the keys without blowing air and the horn feels almost like a set of tuned bongos. There is little ambiguity when fingering a note; once played, it’s played, and all the better to unite tongue and fingers. The horns blow extremely free and easy from top to bottom. The highs blow without unwelcome resistance; the lows speak as loud or soft as required. As far as intonation, both horns play in-tune as well as any saxophone I’ve ever played.

It’s in the character of tone that the two horns differ most noticeably from one another. The curved SDA-1000 produces a strong, cutting tone (emphasized by my mouthpiece, which emphasizes the sound’s upper partials … and if you’ve read this far, I can assume you know what “upper partials” means). By my reckoning, it would be well suited for anything jazz-, rock-, or R&B-related.

In contrast, the straight SDAS-1020 produces an equally strong but somewhat rounder, more focused tone-a trifle dark and less overtone-laden. The fact that the sound is directed nearer the floor enhances the darkening effect. Playing it in a session with a bassist and drummer, it seemed strange to have the sound emanate so far from my ears, yet I got accustomed to it in short order. In fact, as someone whose primary instrument is a straight soprano, the SDAS-1020 was something of a revelation. It felt like a slightly fatter, longer version of my Yamaha YSS-675. Going back and forth from soprano to alto has always presented me with difficulties in terms of feel. Those difficulties are much less pronounced with the SDAS-1020. I’m sure I’d play a great deal more alto if I owned this horn.

I have only two small quibbles. First, the mother-of-pearl key inlays are a bit flat for my taste. I would prefer that they be more contoured. Second, the high F# key occasionally gets in the way of smooth fingering in the right hand-a problem hardly unique to this brand. About the only other problem I can imagine anyone having might have to do with the horns’ “futuristic” appearance. A traditionalist might prefer a plainer instrument. The SDA-1000 comes in three different finishes, none of them remotely “plain” (the SDAS-1020 comes in Gray Onyx, only). Other than that, there’s nothing not to love.

Even the price is right: the SDA-1000’s suggested retail price is $2,950, and the SDAS-1020 lists for $3,700-quite affordable when compared to costlier products from such competitors as Selmer, Yamaha, and Keilwerth.

Ultimately, Mr. LaPlaca’s decision to design such a distinctive horn could prove to be a savvy move. Rather than reinvent the wheel and manufacture a great horn that looked like all the other great horns, he’s devised one that’s utterly unique. If Sax Dakota takes its place as one of the elite brands (and there’s no reason why it shouldn’t, it’s that good an instrument), perhaps its style will be a template for others to emulate: a cool, sophisticated gadget that speaks to both the 11 year-old and fine artist in every saxophonist.

The Art Of Choosing A Saxophone Mouthpiece