Oboe Articulation at a Glance 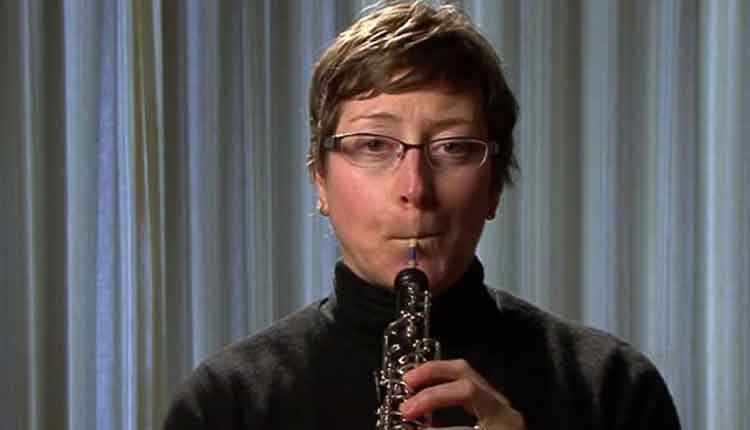 The action of articulation is a collaboration of the air, tongue, and the reed.
To create the basic process of beginning a note from silence:

Strive for perfect beginnings of notes without “dirt” in the sound. Each note should have a distinct attack, duration, and release.

Articulation is created by withdrawing the tongue from the reed–not from the tongue touching the reed. When the tongue is on the reed, the reed is incapable of vibrating and thus produces no sound. This was somewhat revelatory to me when I figured this out because as a beginner I thought that the tongue on the reed was what created the beginning of the sound. My thinking was all backwards!

What part of the tongue is used?

I have never heard a student use too little a portion of their tongue to touch the reed.

Where should the tongue touch the reed?

The tongue usually touches the underside of the reed, very near the tip, but not the actual reed opening. One exercise is to have your student visualize using only one taste bud to touch the very corner of one tip of the reed. This can be helpful to produce even, light articulations. In all cases, the tongue should touch the reed to create articulations. A habit that I would discourage is when the student touches their hard palate (just above the back of their top front teeth) instead of the reed. This can create a “popping” sound to articulations and isn’t always accurate. Note that this can be a very hard habit to break and necessitates careful listening and observation from the teacher to make sure the student is touching the reed.

How to end a note into silence?

This is especially important and usually not taught! When ending a note, the tongue only needs to go on the reed to create the next articulation. If there is a silence after the note, end the note with the air, THEN put the tongue on the reed. Do NOT end the note with the tongue–otherwise, the sound that comes out is tuT, tuT, tuT. Unfortunately this sound is ubiquitous in beginning band programs! Sigh. The same careful attention that is used to learn how to initiate a sound from silence must be taken to learn how to bring a note into silence.

Below is a good exercise to develop an ear for both beginning and ending articulations. It should sound like: tahtahtahtah

That’s the very basics. Enough to get a beginning player on the right track, but not too much to overwhelm in the first go.

Groove – The Key A Week Workout