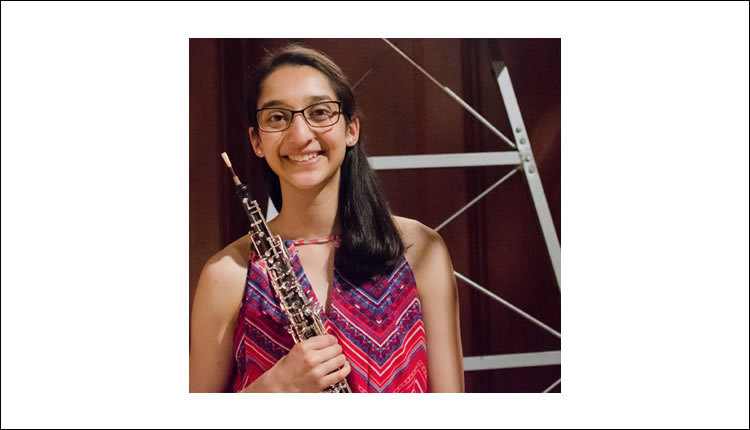 Of all the students in a beginning band program, the oboe players usually struggle the most. Even with a good reed and working instrument, without good embouchure and breath support, producing any sort of sound on the oboe is difficult at best. Perhaps the biggest mistake that beginners make is to fight the natural resistance of the instrument. When students first feel the back pressure that results from blowing through the oboe, they instinctively hunch forward, tighten up through the chest and shoulders, drop their head, clamp down on the reed and try to blow harder through the small opening in an attempt to overcome the resistance. However, this only makes the instrument harder to play.

Just as many young tuba players acclimate to the amount of air their instruments require by doing breathing exercises through an empty paper towel roll, I start every beginning oboist on a coffee stirrer. In that first lesson, we compare the amount of time it takes to exhale normally to the task of blowing air through such a small opening. Students quickly learn that it is impossible to expel a full breath through the device before it changes to carbon dioxide in the lungs, which causes additional discomfort. Their next instinct is to either inhale again or to take smaller, shallower breaths. Both actions cause a feeling of lightheadedness, which is why I stress the importance of marking places to breathe in and out in every piece of music from day one. I simply mark an “i” or “o” over breath marks or rests (sometimes I’ll mark both over a longer rest, just as a reminder) and have students breat!he the same way every time they practice the piece.

Oboe playing requires the same amount of breath support as every other instrument, but only a fraction of the air. In fact, beginners who take a full, supported breath at the start of a piece can easily play a few notes after they get rid of the stale air in their lungs before they breathe in again; most professional oboists can play for up to eight measures this way, if necessary.

Band directors spend countless rehearsals telling students to take big, full breaths, but few think to remind the oboe players to get rid of their leftover air because, for every other instrument, this advice is quite unnecessary. Another common mistake directors make is to instruct oboists to breathe too often; on average, a student oboist can play a phrase twice as long as beginners on other instruments and breathing more than what is necessary can cause dizziness as well. A better solution is, for example, if the band is playing a piece with breaths marked every two measures, have the oboists break with the rest of the group after the first two measures, but wait to breathe until after measure four.

Once students are able to inhale, exhale, and blow through the coffee stirrers without feeling faint, I give them a reed. Compared to the beginning of the lesson, blowing through this slightly larger opening is usually a welcome change. However, before anyone is allowed to make a sound, I push the blades together with my fingers to show how easy it is to close the reed opening, but when I press a finger against one blade at a time, the reed remains open. To prevent the reed from closing while students are playing, we press the tip of the reed lightly against the relaxed lower lip, which acts as a cushion. I then instruct students to point the other end of the reed toward their knees without looking down so that the reed enters the mouth at a 45-degree angle.

When the lower lip moves in to cover the bottom teeth, I use the image of tightening a drawstring on a pair of sweat pants to close the mouth over the reed, pulling the imaginary drawstring down and tying it under the chin. Pressure should only be placed against the bottom blade of the reed, anchoring it on the lower lip, while the upper lip and corners of the mouth draw together just tightly enough to prevent any air from leaking, much in the way the lips purse when pronouncing the word “home”. The most tell-tale signs of a poor embouchure are students who appear to be smiling while they play (they’re applying pressure to both blades, which makes the reed quite sharp and nearly impossible to play) or when less than 1/3 of the cane above the string is visible (which causes muddy articulations and wildly unstable pitch).

Having students fight their urge to tense up or to bite down on the reed is not easy, but it is much easier to teach proper embouchure and good breathing habits to beginners than it is to change bad habits in older students. By enforcing a drawstring embouchure and clearly labeled breath marks from the start, students are more likely to excel at the oboe than if these concepts are introduced at a later date.