Solo and Ensemble Contests Give All Students a Chance to Shine 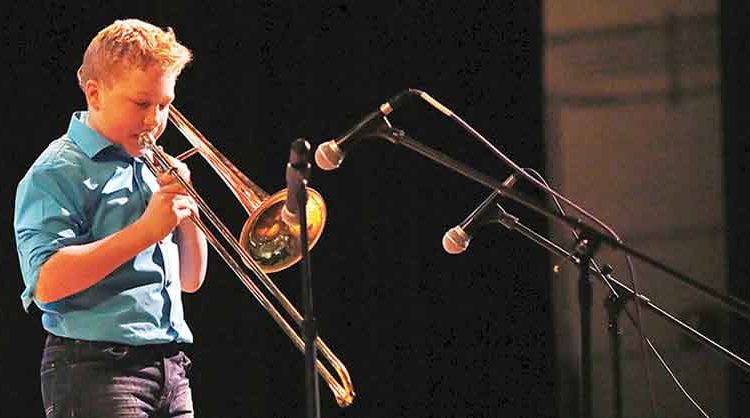 I have judged at a number of Solo and Ensemble contests, and continue to be amazed by the number of misconceptions students and directors have about these events, ranging from who should enter to what they should play and how they should act. I wish that directors would encourage more students to participate- as part of an ensemble, if nothing else- and not just the top chairs because, for many section players, it may be one of their only chances to play an exposed or independent part in a performance. I would also like to see students receive more honest feedback about their literature selection, either from directors or private lesson instructors, because most of the time, harder does not mean better.

I just recently adjudicated a handful of students at a high school where participating in a Solo and Ensemble contest is a course requirement for every student in the band program. Although I was skeptical of this director’s unconventional approach, I agreed to listen to a number of groups that could not attend the actual contest the following day. The first thing I noticed as I walked through the halls was the number of students rehearsing; the practice rooms were all filled and groups spilled out of the music department into the east wing of the school. The ensembles that were practicing in the halls, stairwells, and empty classrooms (there was even a trio in the girls’ bathroom!), were all working to make last-minute improvements to their pieces.

This work ethic was readily apparent in the performances I heard as well. Appropriate literature selection, solid playing, and professional attitudes earned each group top ratings in my book. Not one ensemble attempted to play a piece that was beyond the group’s overall ability level; they all chose music that they could play, and played it well.

Perhaps what impressed me most was the level of professionalism these teenagers demonstrated, both on stage and in the audience. It was obvious to me that the directors had taken the time to go over performance etiquette and to stress the importance of being prepared. I didn’t have to mark anyone down for failing to bring me a copy of the score, for not writing in measure numbers, or for poor posture. Each group announced their piece, tuned, and bowed together after they finished, just as they would in a recital or other performance.

A group of brass players, who I had seen in soccer uniforms just moments before, all took it upon themselves to change into nicer clothes before their performance. Most students stood to play, but those who chose to sit fared just as well- not a single person played with their legs crossed or an arm slung over the back of their chair. I also admired the number of students who sacrificed part of their lunch hour to come and support their friends; they entered the room quietly between performances, listened attentively, and applauded enthusiastically after each piece.

Unlike an audition or a competition, Solo and Ensemble judges rate performances according to each entrant’s ability level, not in comparison to other groups. A single mistake or wrong note does not immediately eliminate a performer from the contest; in fact, the way students handle these mishaps sometimes impresses me more than a note-perfect performance that lacks emotion. For example, a quartet of flutists somehow got off by a measure in a particularly difficult section of their piece, but because they were able to hear their mistake at a big cadence a couple of lines later and adjust accordingly without stopping the performance, they maintained their Superior rating. The clarinet quartet that followed played all the right notes, but their sound was not nearly as cohesive as the group before them, and they played at the same dynamic level throughout their expressive piece. Even after a mini coaching, where I explained that I heard four individual players instead of an ensemble, when they repeated the measures leading to the climax of the piece, nothing changed and I felt I had little choice but to bump them down to an Excellent rating.

Another clarinet quartet that played later in the afternoon was clearly not as advanced as the first group, but I heard them discussing their game plan and making last-minute tuning adjustments to their final chord just before they entered the room. They played well, followed all the dynamic markings, and nailed the last chord, and they received a Superior rating. Would any of these players have beaten the first group of clarinetists in an audition situation? Probably not, but that’s the beauty of Solo and Ensemble. They were successful in their own right, and their hard work and dedication to excellence paid off.

I’d like to think that I speak for everyone who judges Solo and Ensemble contests when I say that I want every student to do well. I try to listen to the nerves, reed problems, and missed notes that inevitably occur, and factor individual talent and ability into my final scores. While I’m still not sure whether I advocate requiring every student to participate, I do hope to see a wider range of ages and ability levels among future contest entrants, as I did at this school. After all, Solo and Ensemble contests were designed to give all students performing experience, not just the first-chair or college-bound players. And while not every group will earn a Superior, the potential to do so is certainly there.

Solo and Ensemble Practice and Performance Tips Part I