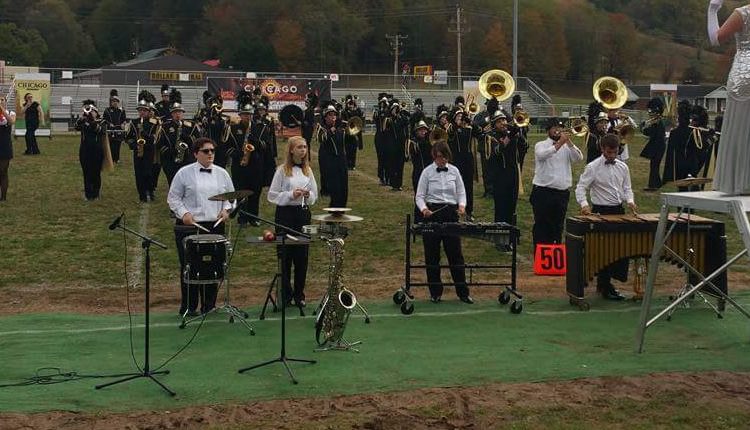 The complete drill package for Sterling Heights High School is now complete and it is time to begin working with the students to get the designs on paper transferred to the field.

Arcs / Curvilinear: When cleaning arcs or curvilinear sets, it is important to remember from high school geometry that arcs are parts of circles (or in some instances within curvilinear forms, parts of ovals or ellipses). To clean an arc or curve
Figure 1

Once the curve is set, turn your performers again to facing the front sideline. In this position:
Solid Forms: With regard to solid forms, points of dress become even more important.

Follow the Leader: Follow The Leader drill is one of the easiest to teach due to the obvious routing and little demand placed on the individual performer. FTL drill does however present its own challenges when it comes time to teach and clean.
o       The below example of these reference points comes from Cuba where the pods add into the FTL. In the second photo, the reference points are place on the chart in red.
Scatter or Diffused Drill: Though the Bond show does not have any scatter designed into it, I thought it important to say a few words about it. Believe it or not, one of the hardest sets to clean is a diffused or scattered set. Because the human eye attempts to make order out of chaos, it is important to make the field positions look as random as possible. Changing the performer’s levels and adding poses to this opening set can enhance this lack of focus.
1,459
Share FacebookTwitterGoogle+Email