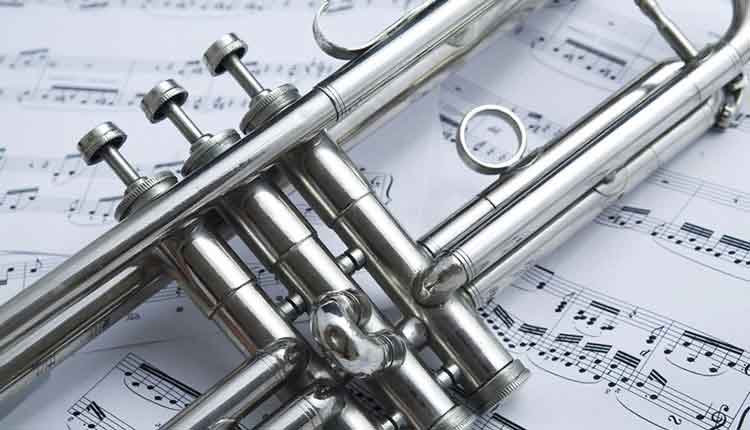 As a musician at any level (professional, amateur, student), everyone should have specific goals for improvement and performance ability. Most immediately, as college music majors, you have certain goals imposed upon you such as lessons, auditions, ensemble and solo performance requirements, juries, upper-level examinations, and finally your senior recitals. The only way to be successful in all of these endeavors is to practice correctly and frequently.

As stated in the syllabus for trumpet lessons, you should practice as much as it takes to accomplish all of the performance goals in your musical life. While a requirement of two hours is cited for a lesson grade (90), realistically no amount can be exactly specified. How much to practice is a personal matter, and is effected by the endurance considerations caused by the rehearsal and performance schedule of the ensembles in which you participate. Nonetheless, now is the time in your life that you should find the time to practice at all costs. If you have to get up earlier, and/or stay up later to get it done, then so be it. Your practice time is your investment in the future successes you will have as a performer.

If you were to compile a list of skills and abilities necessary to play college and professional level music, it would include (but not necessarily be limited to) the ability to function at a high level in these areas:

On a daily basis you should practice exercises, method books, etudes, solos, etc. that will allow you to address all of these pertinent issues. Additionally, you have to practice your ensemble music enough to be able to play it at a high level in rehearsals (as well as on the performance).

Practice things slowly enough to play them perfectly, then increase the speed gradually. Repeat difficult passages over and over until you can play them multiple times in succession without mistakes. Reduce the music to smaller cells of difficult material that you master before continuing to the next thing. Don’t expect to make great improvements over night in most cases. Utilize the technology available to you such as portable tuners and metronomes, stereos (listen to available recordings when possible), recorders (the tape doesn’t lie), and computer programs that may help (such as Vivace or Band-in-a-Box.)

Practice at times that work with your ensemble rehearsal schedule. In order to be ahead of the game, I recommend a practice session before your first class in the morning. By putting in a practice session early, you are not forced to cram heavy practice in between heavy rehearsals. Additionally, the early warm-up will allow you to function at a higher, more efficient level during your rehearsals, lessons and performances. A best case scenario would be the early morning session of about 45 minutes, a mid-afternoon session (prior to marching band if possible), and a late evening session (between 9:00 and 11:00). Practicing three times a day will allow you to break up your practice and avoid becoming fatigued.

First of all, there are ALWAYS empty practice rooms upstairs. There are always more people in the lounge than in the practice rooms. I would like to see everyone else at this university complaining that they can never get into the practice rooms because the trumpet studio is hogging them. Secondly, it is a good idea to practice in a variety of venues. Look for unlocked classrooms, rehearsal halls, etc. to occasionally hear yourself in a different environment. Sit under a tree and practice outside sometimes. If you live in a situation where you can practice at home, great…but don’t only practice at home. Sometimes the familiarity of being at home, combined with the availability of a TV, makes home a less than ideal place to practice.