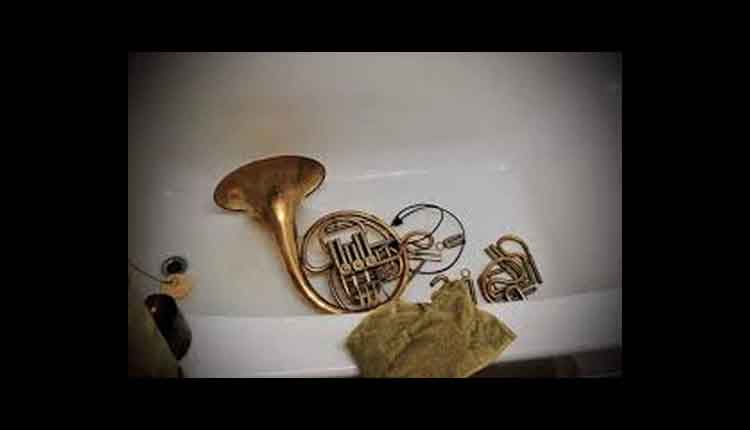 A few years ago a student of mine was struggling uncharacteristically during a lesson. After some discussion, I decided he might need to clean his instrument out. The discussion went like this:

Teacher: “Your sound is real stuffy. When’s the last time you cleaned your horn?”
Student: “Clean my horn? You’re supposed to clean your horn?”

When I attempted to look through the mouthpipe, I couldn’t see any light. He was a high school senior and had gotten the horn as a sixth grader.

You should have heard his sound ten minutes later…or better yet, his volume. He sounded like a foghorn. I’m surprised he had not given himself an aneurysm trying to blow through that horn. It turns out that blowing against all that resistance had really developed his ability to blow. From that time on the band director was constantly yelling at him to quit playing so loudly. The above story really happened. The names have not been used, and there was no one innocent to protect.

One of my former professors told me that twice in his life he has seen worms crawl out of a student’s instrument. Neither of those times was I the student, by the way.

Clean your horn! Nobody hates to clean a trumpet more than I do. Since I have a room full of them, it is truly an all day affair. I don’t do it often enough, but when I do, here is how I do it.

This is one way to get your trumpet back to “like new” condition. I’m sure others out there have their own way, and that’s fine. This is the way I do it, and it makes my horns play better without damaging them in the process. Realistically, this should probably happen about once a month, although I only do it about twice a year. So far, no worms!

A Clean Horn Is A Healthy Horn