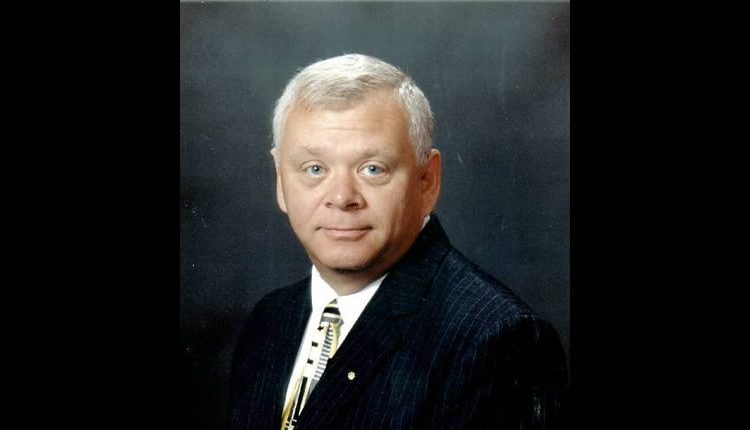 If anyone were to ask me what I believed to be the greatest single factor that would determine the success of any individual, I would reply without a moment’s hesitation, attitude. To clarify this statement and to give attitude a behavioral definition, we can define attitude: “A predisposition to perform, to perceive, to think and to feel in relation to some object called the attitude object.” The attitude object in this discussion will be, of course, band, orchestra, and instrumental music. To further define attitude, it is a combination of rational and emotional response; it is basically a readiness to act or respond in a certain way.

There was once a man obsessed with the idea that there was a secret for success. He spent years of research in philosophy, psychology, religion, and related fields in the pursuit of this exclusive secret of success. Finally, he reached his conclusion which could be summarized in two words: “I WILL.” In studies of great men who have earned recognition and respect in their chosen field, you will find over and over an indication that their entire lives have been guided along a specific path clearly defined in terms of goal, and motivated by an intense dedication to this chosen goal. To be most effective, the dedication must be unselfish and governed by a constant consideration of others and their drives, motivations, and attitudes.

How do the above statements apply to you in your lives, your successes, your failures, and how does this relate to band and instrumental music? Very simple-music can provide you with all of the opportunities to develop healthy attitudes. Music offers an opportunity to see the results of this directed effort. You may not wish to be a professional musician; you may only wish to enjoy music as an avocation. The disciplines and the attitudes derived from your experience in a musical organization, which you have made to be a superior group through your efforts and through individual dedication to fulfilling your own task and role, will always stand by you in any profession. All professions demand the same intense dedication and drive whether you decide to be a doctor, a storekeeper, a salesman, a minister, a farmer, or a teacher. I often tell my students that success in life is one of the easiest things “just about right,” to give “some” time to their own improvement, to put in a 40 hour week, and then settle down to mental stagnation commonly referred to as “relaxation.”

Learn to discipline yourself to daily practice involving long tones, interval study, concentrated scale and routine practice. Nothing will make you a component musician quicker than practice provided you have the “right attitude” while you are working. Sincerity, concentration, and dedication are the keynotes. You can spend three hours each day practicing without the above factors and achieve absolutely nothing. In other words “the proper attitude” embodies sincerity, concentration, and dedication, as a basic way of life.

Remember that ability is only half the battle, ability of minute proportions can assume gigantic proportions if the right attitude is employed in its development. Use the ability you already have, use it and use it, and make it develop itself. Enjoy your work as much as a dog enjoys gnawing a bone, go at it with equal interest to the exclusion of everything else.

Robert Henri states, “Everybody depends on the attitude of the artist toward his subject. It is the one great essential. It is on this attitude of the artist toward his subject that the real quality of the picture and its significance depends.” “If your attitude is negligent, if you are not awake to the possibilities you will not see them. Nature does not reveal herself to the negligent.” Henri was an artist discussing his attitude toward art. The same is true about music; you must “see into” the music and “play the Black” out of the notes. Music only becomes alive when you make it live-its colors are the colors that you give it; music can live or die in your hands. Remember, the object is not to make music but to be in the wonderful state which makes music inevitable. I often see a young musician warming up before a concert playing only high notes on his instrument—possibly his uniform is buttoned with his hat on the back of his head, gum in his mouth, just blowing the instrument to make noise. This is indicative of a perception of his musical activity which is in contrast to the serious young musician who warms up carefully in the middle register of his instrument, playing scales and long tones, concentrating on domination and correct tone production. Which person do you think will add the most to your own musical organization? Which person would you want to operate on you if both became surgeons? Which person would you trust with the fate of your country in a diplomatic or military mission? The answer should be obvious. The first student is not establishing an attitude in his own mind which will be conductive to good musical performance; the second musician has established in his mind the proper attitude for musical performance even before the conductor has given the final downbeat. Teachers can only hope that the first individual will change his attitude, as indeed he must, if he is to contribute anything to the group performance or to his future successes. Remember this state of mind or attitude which makes an artistic performance inevitable is the factor which will make the difference between a musical organization and a group of people holding musical instruments. To repeat-this predisposition to perform, to perceive, to think, and to feel in relation to some object is called an attitude. Attitudes are generalized. In other words they transfer easily from one object to another. The student who is concerned with correctness and accuracy in music will undoubtedly be concerned with correctness and accuracy in his other activities. Likewise, the student who is only interested in making noise and playing “about right” will carry this attitude over into his other activities as well.

We are becoming a nation of people who are trying to “save ourselves” not a nation of people who are trying to “give of ourselves” to achieve success for ourselves and others. If you can train yourself to develop attitudes which will direct your activities in the “I will” direction, you will be well on your way to success in any profession. To be successful or effective you must reach a level of dedication that must be unselfish and governed by constant consideration of others and their drives, motivations, and attitudes.

The basic justification for the existence of music in the schools, and the basic reason you should study music is that music can give you a depth and breadth of perception or depth of feeling that you can gain in no other way. Continued experience of this kind will make you increasingly sensitive to the world and to your friends and associates, providing an increased depth and breadth of perception in everything you do. Try closing yourself in a room with a CD player sometime and play one of the major works by a well-known composer-close your eyes and let your imagination take over. Wonderful things can happen to the small narrow world in which we live; our imagination has no boundaries if we have the proper attitude. Approach each new band or orchestra piece the same way. What can I make out of this? What is this phrase line trying to say? Am I giving every last possible amount of effort to make my part contribute to the whole sound of the band? This is the attitude of the true musician. Your director is trying to lead you to this experience at every rehearsal. Some of you will not get the message, but the ones who do will make the whole thing worthwhile for all of us because you are the ones who will make the future of this country.

Music is an academic discipline; it is not something that only the few especially gifted can appreciate. Music is not something that is mysterious and difficult to understand. On the other hand, music is the most complicated science. It is demanding and only by great effort and study can you be really rewarded as a performer. By overcoming the scientific discipline of music, we can break through the boundaries of our limited perception and really appreciate the beauty of life in our modern society. Analyze your own attitude and try to develop a more receptive attitude. You, who are in a performing organization, are a favored few. Your band,orchestra can do much for you. Make the most of it in every rehearsal and every performance.

How to Apply for Your First Music Education Position Pt 2