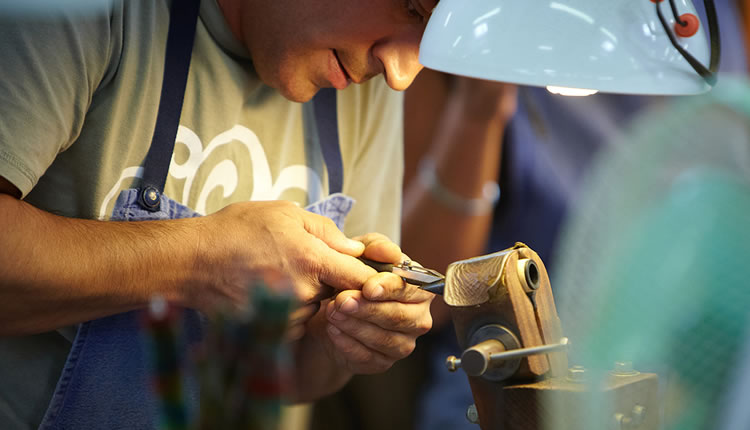 The mouthpiece is the motor of an instrument, which gives it its overall timbre and pitch. The quality of the mouthpiece is vital for it allows artists to display the full range of their expressiveness. Ulysse Delécluse, a clarinet teacher at the Conservatoire de Paris from 1949 to 1978, was fond of saying that whatever the level of musician, they could not afford to play with a second-rate mouthpiece. This is why the5RV has been so popular for over half a century among professionals as well as beginners. Since then, other mouthpieces have considerably broadened the Vandoren range.

The parameters of a mouthpiece

First of all, it is important to define the main parts of a mouthpiece, illustrated in the diagram below: 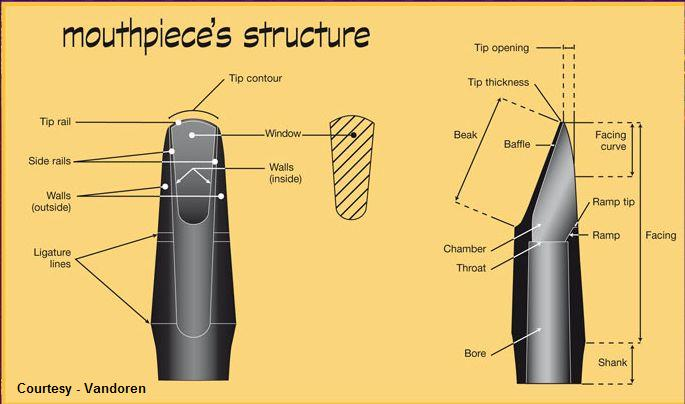 The space at the end of the mouthpiece, between the reed and the facing.

The part in which the sound is formed and which receives the pressure of air directly from the mouth, the bore channels the air to send it into the instrument.

The upper part of the chamber. When the embouchure is fixed around the mouthpiece, this is the part that has the most effect on the sound.

The surface that separates the bore chamber. In theV5 series for saxophone, there is a very distinct narrowing. In theJava, Jumbo, and V16 series, there is no difference of level between the chamber and the bore.

Interaction between these Parameters

The mouthpiece should respect the accuracy of the instrument, for accuracy is vital although the pitch may vary from one country to another, or from one orchestra to another. A wider bore lowers the pitch of the instrument and can avoid having to resort to another barrel. The shape of the facing curve (the relationship between the tip opening and length of the facing) influences the sensation in the mouth of the musician.

The relationship between the mouthpiece and reed is also of paramount importance:

A harmonious alchemy between these components, which varies according to the morphology of the instrumentalist and the style of the music played, leads to the right choice.

Delécluse in “La Clarinette”, an article published in the “Journal de la Confédération Musicale de France” at the end of the seventies.

Learn about Vandoren JUNO reeds, the only reed specifically designed for students.

Subscribe to the We Are Vandoren E-newsletter (WAVE) to receive 4 weekly articles for Performers, Students, and Educators

Joseph Lulloff and his Classic Setup

How It’s Made Your Vandoren Reed