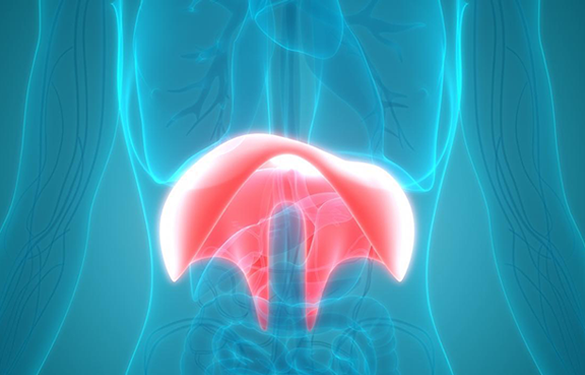 The Breath: The Core of Rehearsal Technique

Therefore, the basic trick is in the preparatory upbeat. It is exactly like breathing: the preparation is like an inhalation, and the music sounds like an exhalation. We all have to inhale in order to speak, for example; all verbal expression is exhaled. So it is with music: we inhale on the upbeat and sing out a phrase of music, then inhale again and breathe out the next phrase. A conductor who breathes with the music has gone far in acquiring a technique. (p. 272)

– Leonard Bernstein in The Conductor’s Art

As a singer, one of the most influential tools in your singing arsenal is the breath. Breathing directly influences tempo, tone color, shape of phrase, ensemble dynamic and spiritual content of the tone. There never should be a “hold” or “locking” between inhalation and singing.

In my experience, the major factor impeding proper inhalation and exhalation in singers is a misconception as to how the breath works in an anatomical sense. One of the most valuable rehearsal techniques for understanding this breathing process is called eight-handed breathing.

Central to an understanding of the breath process is knowing what happens anatomically when breath enters into the body. What part of the body moves first, second, third, and fourth? If you do not understand this process, then your tone quality is adversely affected.

Memorize this phrase: Air comes into my body like a wave from top to bottom.

The Body Mechanics of Breathing

When inhalation occurs, the following parts of the body move in this order (Figure 3.1): 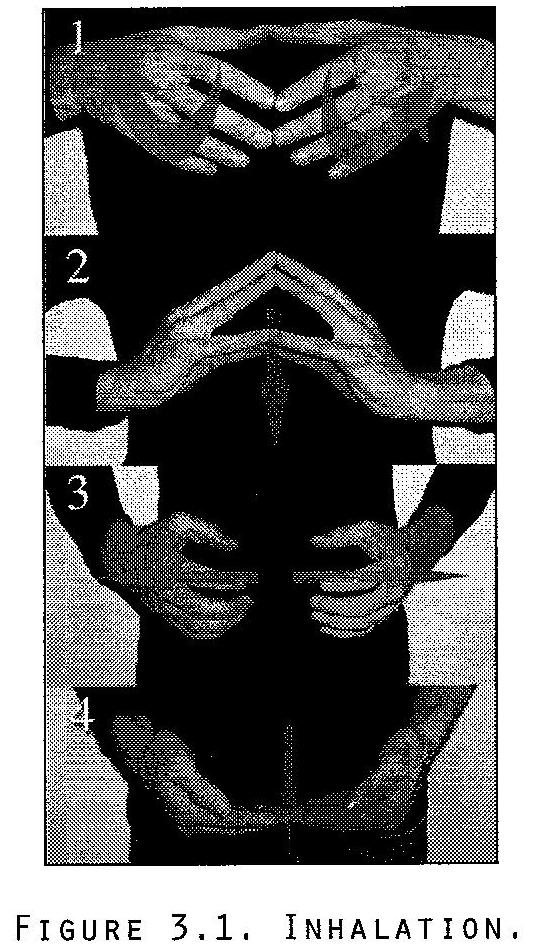 1. Ribs of the back – Traverse or travel outward, each rib traveling at its own rate.

Using the hands as a physical representation of the inhalation process, the

Remember that these things happen in sequence: one, two, three, and four. Air comes into my body like a wave from top to bottom. Note that inhalation always occurs in this order, with all of these body parts always participating.

When exhalation occurs, the following parts of the body move ill this order (Figure 3.2): 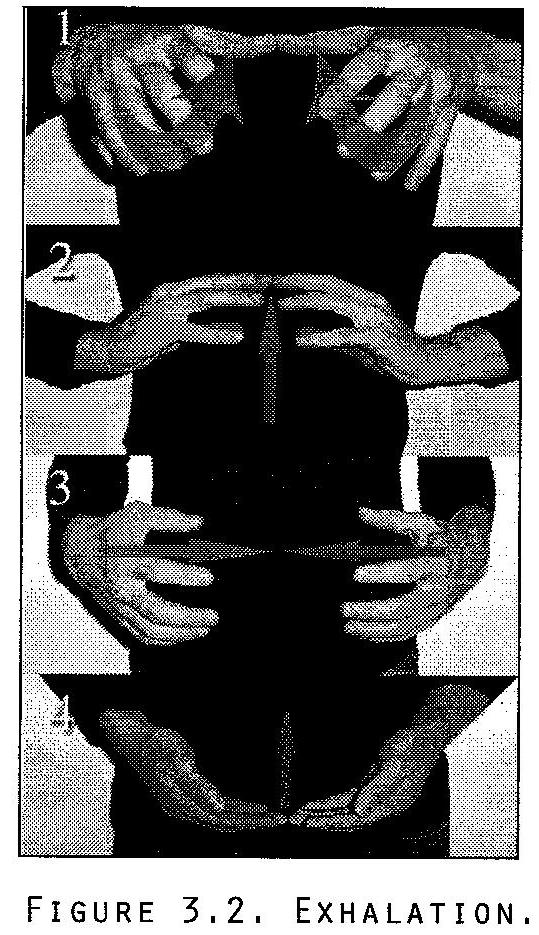 1. Ribs of the back – Traverse or travel inward, each rib traveling at its own rate.

The order for exhalation is the same as inhalation: one, two, three, and four, not four, three, two, one. Using the hands as a physical representation of the exhalation process, the sequence looks like this:

It is important to understand that the order of movement of the anatomy of the body is the same for exhalation as it is for inhalation. Many singers believe that, anatomically, the exhalation process is the reverse of the inhalation process, but this is a perceptual fantasy. Correction of this misnomer will dramatically improve tone and expressivity.

It bears repeating that inhalation and exhalation happen in a sequence from top to bottom. Say this phrase with every breath:

Air comes into my body like a wave from top to bottom.