Don’t Forget the Auxiliary! (Percussion, that is!) – Part 1 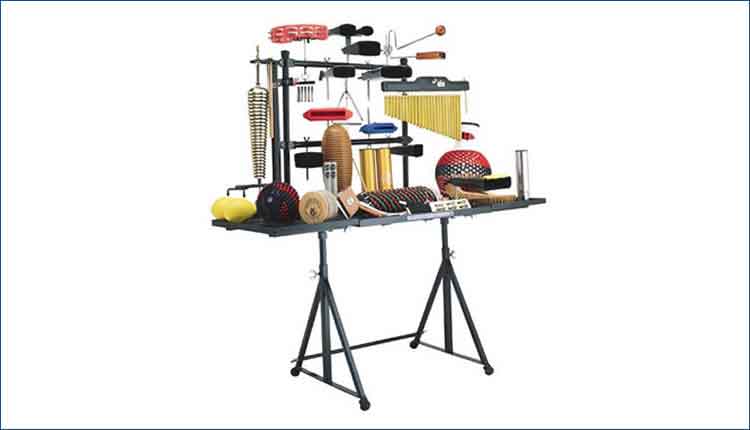 In the frantic race to prepare for upcoming festivals and contests, band directors have many issues on their mind. From scheduling extra rehearsals to working on specific passages in a particular piece of music, many items are placed on the list of Things to Do. One obvious area, which a majority of directors overlook, is auxiliary percussion. There have been many directors that grab that percussion instrument that is on its last legs, or better yet, they go pleading to the elementary music teacher to borrow an Orff instrument to use as a quick substitute for an auxiliary percussion instrument. Planning ahead now, will avoid the headache of what to do tomorrow.

In this first part of this series, we will take a look at basic auxiliary instruments, which every band director should have for their ensemble. The instruments we will look at now are: Tambourine Triangle Castanets Ratchet Tambourine.

Tambourines come in a variety of sizes and options. There are differences in the number of rows of jingles, the material the jingles are made of, and the style of head that the tambourine has. Percussionist will be best served using a tambourine with a head on it. Headless tambourines serve a purpose for use in more popular or jazz style music; however a tambourine with a head lends more to the player in the concert realm of playing. A head, which the player can achieve friction with, will lend greatly to playing thumb rolls with ease. Different styles of jingles can produce a varied effect when played. Grover Pro Percussion offers tambourines with German Silver jingles, which produce a bright, light articulation; Beryllium Copper that produces a very full, rich, cutting timbre; Phosphor Bronze which has a dark, round texture; or a combination Silver / Bronze that has a full bodied articulation. A 10″ tambourine works best for most ensembles for projection over the winds and other percussion. Grover also offers a head replacement kit in the event of tear in the tambourine. See Grover tambourines here

Triangles should have a fairly long duration of vibration. The size and mass of the triangle plays an important role in the duration of sound. Holding the triangle correctly, either holding it suspended in the players hand or on a mounting device, the triangle should be able to be controlled by the player to dampen the sound when needed. Almost as important as the triangle are the triangle beaters. Grover Pro Percussion offers an all-inclusive set of beaters, which have a wide variety of thickness for different qualities of sound. These beaters come in solid or tubular style to produce a multitude of overtones for the triangle. Grover also offers a Deluxe set of beaters that has two of the most commonly used sizes, plus one each of the two largest sizes.

This instrument is usually thought about as a novelty sound for popular music. Richard Strauss used this instrument prominently in Till Eulenspiegal. The ratchet has become more widely seen in recent works for band. Ludwig makes a sturdy version of this instrument. This ratchet offers a metal body with a clamp, which makes the instrument easy to mount for playing. The wood slats that strike the notched rotating drum in the ratchet provide a loud, distinct clicking which will project over the ensemble.

How To Play 4 Against 3 – Grover Pro Tip