An Interview with Amy Nathan 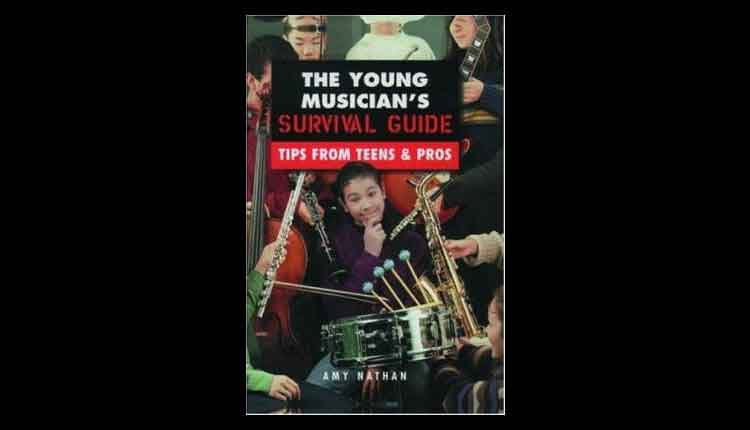 BD: What inspired you to write this book?
AN: Although I took piano lessons as a child and played trumpet in my public high school band, I was never very good at either instrument and didn’t keep playing them after high school. Many years later, when my two young sons showed an interest in music, I searched until I found a piano teacher who was good with kids and who emphasized the joy over the drudgery. They had such a good time learning to play piano, that I started taking lessons from their teacher and – surprise – found myself enjoying plunking away at a piano again.

Then when they were inspired by a wonderful band director at our elementary school to be in the school band – with my older son playing trumpet and the younger one saxophone – suddenly we found ourselves becoming a music family. We learned gradually over the years how to nurture and support a young person’s interest in music – what worked and what didn’t. Playing an instrument can be fun but can also be incredibly frustrating, even with the best teacher. How do successful music students keep going despite the hassles? I decided to interview a wide range of successful musicians and music educators to find some answers – and share the secrets of their success through this book, THE YOUNG MUSICIAN’S SURVIVAL GUIDE.

BD: Your book aims to tell the story of successful young musicians who keep going despite the obstacles and how these successful ones have done it. Can you sum up what “successful” meant to you in choosing the many musicians you interviewed?
AN: The aspect of “success” that I was looking for in selecting people to interview and feature in THE YOUNG MUSICIAN’S SURVIVAL GUIDE was pretty simple: I was looking for music-lovers who had succeeded in keeping music-making in their lives, no matter what. Also important was that they be eager to talk about the hassles and obstacles they faced as young, beginning musicians – and share some of the strategies and approaches that helped them overcome those roadblocks and keep on with music.

I was lucky to find a wide range of people who fit the bill and who were amazingly generous with their time, willing to share their stories in order to help young people today develop a love of music-making. Among the musicians interviewed are more than 25 “pros” who perform, compose or conduct music as their primary career, such as trumpeter Wynton Marsalis, flutists James Galway and Paula Robison, saxophonist Joshua Redman, pianists André Watts and Wu Han, clarinetist Richard Stoltzman, composer John Adams, conductors Gustavo Dudmel and Marin Alsop, and many more.

Also included are several “spare-timers” who carve out time to play their instrument even though music-making isn’t their main career, such as cartoonist and guitarist Gary Larson, former NBA star and pianist David Robinson, and pediatrician and string player Yeou-Cheng Ma (sister of Yo-Yo Ma). Another group offering the secrets of their success are more than 150 talented teen musicians. Rounding out the interviewees are about two dozen music educators and band directors.

BD: Is there a common hassle or obstacle the successful encountered and overcame?
AN: Practice, practice, practice: How to make time for it, how to find ways to make it less of a chore (or a bore), how to turn it into an everyday thing, how to remember what your teacher told you to work on this week, and – most importantly – how to figure what you’re actually supposed to be doing when you practice.

Practicing an instrument is something kids generally do on their own, by themselves. Getting the hang of how to make the most of the time spent with an instrument is a trial-and-error process that takes time. It’s a different kind of skill than, say, memorizing words for a spelling test or re-reading a social studies chapter before a test. With music, you can work on a passage one day “until you get it and then the next time, it’s crummy again,” said a child psychiatrist who is interviewed in the book and is also a spare-time jazz pianist. Practicing an instrument effectively is a skill that doesn’t come naturally for many people and often requires specific instruction to master.

The musicians in the book offer a variety of practice tips, ranging from the tried-and-true (slowing down, breaking a piece into sections) – to the more unusual (using imagery or such high-tech tools as cellphone cameras, mp3 players and notation software).

Many kids probably think that highly successful pros must have been dedicated practicers right from the start. But many musicians whose stories are featured in the book – including Grammy-winners – didn’t always like to practice as kids, didn’t practice regularly at first and took a while to figure out how to practice. Realizing that today’s top performers weren’t always perfect practicers can be eye-opening to kids (and parents) today. Also encouraging is that there came a time for each of the pros when everything clicked and practicing became less of a chore and instead became something they wanted to do.

For quite a few of the pros and teens, turning into a regular practicer happened when they switched from an instrument that wasn’t quite right for them and started playing one that was a better match. Flutist Paula Robison started on piano at about age seven and admits she was “a dismal failure”. Everything changed when a family friend lent her a flute when Ms. Robison was 11. “The minute there was a flute in my hands, it seemed right,” she says. “It just felt totally natural . . . like I was made for it.” She joined the ranks of regular, everyday practicers. The switch went the other direction for André Watts, who switched to piano after an unsuccessful experience with violin as a young child, because the big, bold sound of a piano appealed to him more.

For others, what did the trick was finding a teacher or band director who took time to demonstrate how to practice. In the book, clarinetist Richard Stoltzman describes a teacher he had in high school: “Rather than telling me to practice more, he said I probably wasn’t using my time well. He had me make a chart outlining what I’d do in every minute of my practice.” This budding young clarinetist needed to keep that chart for only a few weeks. By then, he got the point: “being aware of what you’re doing and what you want to accomplish.”

BD: Was there a common beginning for these musicians? What attracted them to playing an instrument in the first place?
AN: Many of the featured musicians fell in love with the sound of the instrument. For others the initial choice was rather random – picking an instrument because that’s the one their family had at home or because it was the one their school’s band or orchestra director needed someone to play. Others chose an instrument after a show-and-tell session by their elementary school band director.

Many pros in the book began with group lessons at school and have wonderful things to about their elementary school band directors. Our family certainly has wonderful things to say about the band directors our two sons (a trumpeter and a saxophonist) had all through their public school careers. Their elementary school band director used just the right blend of humor, silliness and discipline to win the hearts of 9- and 10-year-olds. Our middle school and high school band directors were equally skilled in helping our sons stay enthusiastic band members through school and on into college. My older son, Eric Nathan, who is now working on his doctorate in music composition at Cornell, still plays trumpet with the Cornell band and orchestra. He has also written several pieces for concert band. (www.EricNathanMusic.com). My younger son, Noah, who was lead alto in his college jazz band, is about to start graduate school in political science, but still pulls out his horn from time to time. Interestingly, they’re both “Facebook Friends” with their elementary school band director, now retired, who keeps up with many former students that way. He was so important in turning them onto music and remains a part of their lives.

BD: Obstacles can occur many times in a musician’s career. In writing this book, have you determined if there is a crucial age or developmental stage when students are more likely to face a choice between moving on in their career or quitting?
AN: Instrumental students can reach plateaus at various points in their development. They may be cruising along, making good progress, when suddenly things get harder and they have trouble moving up to the next level. The musicians in the book offer suggestions for jumping over these hurdles. Of course, a critical time for many students comes during high school when there are so many pressures on young people. A music educator featured in the book recommends helping students realize that they don’t have to be tops in everything. That’s hard for today’s over-achievers to accept sometimes, but she has found it helps students keep on with music for the joy it brings.

BD: As I read the book, the advice successful musicians give on dealing with specific obstacles like the jitters or practicing is not only helpful for musicians but very informative for band directors and parents. How can parents and educators better anticipate these obstacles to help young musicians continue with music in their lives?
AN: When a student who used to love to play an instrument suddenly doesn’t want to and says it’s time to quit, it’s helpful for everyone involved – student, parent, private teacher, band director – to explore with the young person what caused the change: Is the music the student is learning too hard or too easy – or not the kind the student likes? Has something gone sour in the relationship between student and teacher? Is there too much focus on competitions? Has perfectionism taken its toll? Are there interpersonal frictions with fellow musicians? Does another instrument seem more appealing? The musicians in the book experienced episodes of the doldrums but found ways to cope. Every person’s situation is different, but learning how others handled similar challenges may help get the discussion going.