How we Got Here 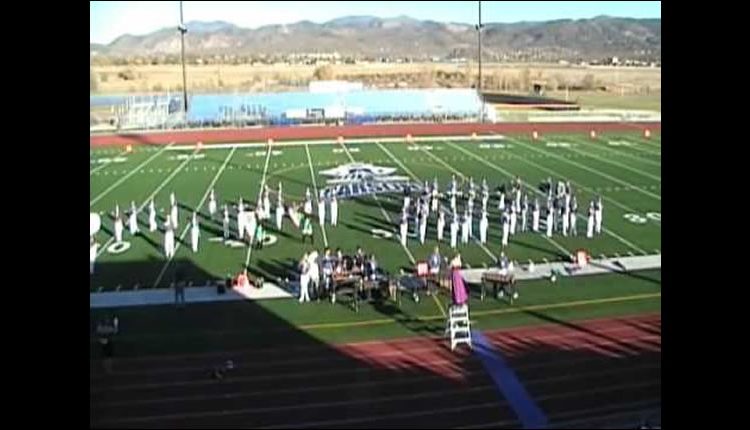 How We Got Here
Timothy Wood
Reno HS

Last fall, at the end of my first Marching Band Season, Steve Martin and I sat down to talk about what worked and what didn’t with regard to the design of Reno’s 2011 show. Part of the problem was that the Band Director job at Reno had been reduced to a half-time position over the summer, and the previous director had moved to a full time gig within the district. I was hired in August the week before band camp. That being said, the conversation seemed to organically progress from ideas about the show to ideas about the program administration and how I could best implement them.

As winter pressed on, marching band evolved from ‘something that I don’t need to think about immediately’ to ‘something that I should start thinking about, after this next big hump of things’ and landed at ‘something I should have already thought about’. I knew that I wanted the design to start with music and go from there, and in the spring, I sat down with the GPG writing staff to discuss Marching show options and do a little brainstorming. At some point in the meeting, Aaron Hines, percussion composer for GPG, questioned me about my staff. This floored me I had not even considered that my staff might hold an opinion on the show that they would be dedicating themselves to, and I had not considered them as a resource to help with show design.

The most important thing that happened in this meeting is that I learned what a show coordinator was and humbly decided that based on my lack of experience as a band director compounded with a young marching band staff, we could all benefit from seeing an outside party fulfill this job. Steve agreed to do this, which was a natural extension of his role as music coordinator and visual designer. He offered to spearhead the design process and help us utilize all of the resources at our disposal. I felt this would be a good learning experience for us as well as provide a template to have in future years, should we decide to not have a separate show coordinator on staff.

Upon the recommendation of the same mentor we called a meeting of staff that I felt would have a positive impact on the design of the show with regard to concept. Each staff member was to think of music that they liked within the following parameters: must be public domain, tempo ranges must be conducive (or can be manipulated to being conducive) to marching, length, etc. This was an appropriate foundation so everyone could be heard, but not waste time and hurt feelings on ideas that would never work.

Early in the meeting we decided on music based off of Mussorgsky’s Pictures at an Exhibition. We then discussed strengths in the band as well as weaknesses. This was helpful and important for Steve and Aaron who would write/ arrange the music.

We discussed avoiding a literal transcription of the music. Later on, and what ultimately sealed the non-literal transcription was finding out that the trumpet player I had in mind for the infamous “Promenade” segments would be unexpectedly moving over the summer. While this seemed like a problem before, it has become the thing I am most excited about as it was the impetus for our most dramatic departure from the original music.

As the show design evolved, we encouraged ourselves to think about the many different facets/themes/ideas that can be implied by the word “Pictures”, which ultimately became the title of the show and the driving force behind our 2012 design.