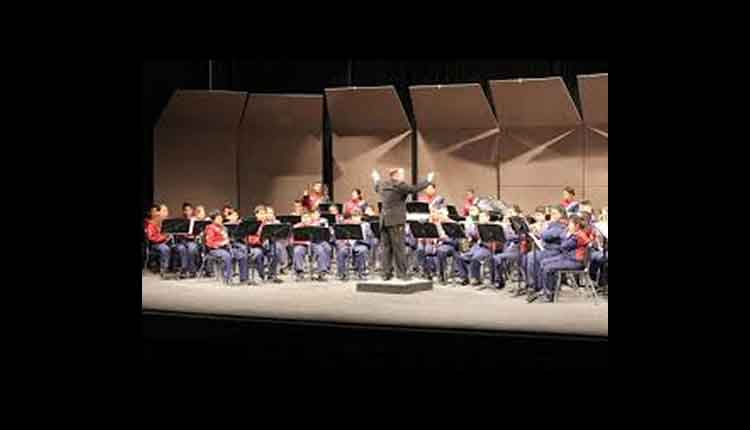 With the continued growth of NJMEA’s Concert Band Festival, the debate of what constitutes a high-level performance seems to be on the rise in the state. While this is certainly not a new argument, the topic might benefit from continued thought and discussion given recent interest.

This is the first year in a great many years that I did not serve as an adjudicator at any of the region festivals. This allows me the opportunity to offer some views with the objectivity of being on the sidelines. Since I did not hear any of the performances, my orientation is therefore not linked to any particular band or rating. I am basing my observations on work in other parts of the country and on discussions with many high school and college conductors both from in and out of the state.

In part, the controversy arises because of the competitive aspects of the festivals. In fact, many directors choose not to participate in the concert band festival because of their aversion to competition, even though the final scores are couched under a rating rather than a true numerical ranking as is done in most marching band contents. While competition presents many philosophical challenges for teachers, it is also a strong motivator in our American society. Teachers must work to maximize the benefits of competition while keeping the goal of “”winning” in proper perspective.

Rather than focus of the actual rating, teachers might fashion the experience to lead to higher performance goals in all kinds of performance settings. This raises the question then of what constitutes a successful performance regardless of the specific performance setting. What qualities need to be achieved for the presentation to be deemed successful?

At a traditional high school concert, these qualities may be extra-musical. Very often concerts are more of a production intended to garner support from parents and administrators, or to achieve some other goal such as recruiting younger students to stay in the band as they move to the next level, be it from elementary to middle school or from middle school to high school. Many of these expectations have little to do with actual music making. Still, these are all-important goals and should not be minimized. They are however quite different from the curricular orientation of the school band: to foster musical growth and understanding. The musical context then must be removed from extra-musical goals no matter how important that they are. The genre of music should not really impact the actual level of performance.

One of the chief duties of a conductor is to accurately portray the spirit of the music, again regardless of the style and genre. S/he studies the score in order to ascertain the composer’s intent. Rehearsals are held to lead to a performance that possesses musical qualities that are rewarding for both audience and performers.

What is a “Musical” Performance?

Good performance is difficult to define. Musicality on its most profound levels is deeply complex. From the very beginning of civilization, great philosophers have debated what constitutes aesthetic value. While important to consider, perhaps we need to look at more basic issues here. One’s definition of “good” performance profoundly shapes the ensemble experience. Broad goals determine methodology.

Many conductors, especially in the band world, focus almost entirely on achieving technical mastery. They seek to produce the most accurate performance possible with flawless intonation and definitive accuracy. They hold the position that a performance lacking in fundamental purity cannot be musical. Often times, literature is selected based solely on technical rather than music criteria. Can the band play the selection flawlessly? Critics of this philosophy would say that these performances are sterile and lack musical feeling. This is the criticism often leveled against many of the wonderfully clean performances by those famous high school bands from Texas.

On the other hand, it goes without saying that most musicians aspire to interpretations that are inspiring. Some conductors hold that rehearsals that focus on achieving technical mastery are not educational. Emphasis should be on achieving good dynamics, lyrical phrases, correct style, interesting articulation, and great general creativity. However, many conductors justify poor technical mastery under a rationale of seeking a certain level of subjective musicality. In this situation, the quest for expression serves as an excuse for poor basics.

A more realistic position might be to find a balance between these two orientations: a performance that is at a technical level where flaws do not detract from the whole while portraying a musical spirit that is in keeping with the composer’s intent and has artistic interest. Performances that are replete with wrong notes, incorrect rhythm, a lack of precision, and weak intonation, would not seem to be very satisfying to anyone. However the criticism about the sterility of many overly accurate performances is probably valid as well.

Achieving a good balance between these two goals requires a blend of common sense, creative problem solving, and good musicianship. Technical goals should probably receive the highest priority in early stages of rehearsal – fixing incorrect rhythms and wrong notes probably the most important. To this end, the conductor/teacher must find solutions to address the practical performance problems that are faced given the limitations of the particular ensemble.

Sometimes parts need to be re-written. Sometimes rehearsals at this stage might need to become supervised practice sessions where difficult passages are repeated slowly and carefully. Sometimes rhythms might need to be isolated and drilled. The most important element is that technical practice must be framed in a larger context and should lead to better musical understanding not just mechanical accuracy as its own goal.

Topics like intonation, blend, balance, and tone quality are larger issues that must be addressed more globally and should be part of most rehearsals. They are really more conceptual in orientation. If students are not taught to hear, then intonation and other activities related to intelligent listening become reoccurring discreet problems that must be constantly be addressed. This approach is short-sided.

It is in large measure the issue of technical accuracy that has created the debate. Nationally, bands in general have been very successful in achieving rather remarkable levels of technical performance. Participation at festivals and contests is certainly one of many reasons for this success; it is impossible to deny that competition can be a strong motivator. Virtuosity is an admirable goal, and bands should continue to strive to achieve even higher levels. Unfortunately many band conductors focus almost entirely on achieving technical mastery, partly because results can be objectively evaluated and methodology is fairly obvious. Rote teaching becomes the norm, and students often become little more than robots possessing no musical self-sufficiency. It is just too easy to turn on the Dr. Beat, hand out the tuners, and not push students toward musical independence. Obviously, rote teaching and use of mechanical devices are vital tools. However too much emphasis on technical mastery often distorts the teaching situation and dilutes student growth.

Addressing interpretive outcomes can be problematic as well. For example, dynamics might be one of the easiest concepts to address. Virtually every young teacher spends considerably too much time fixing basic dynamics because it is one of the easiest things to correct. Dynamic changes are relatively easy to hear and detect and the methodology is obvious. The teaching of phrasing also can be distorted if it is taught in a sterile way. Here also rote teaching can become a too dominant methodology. Teachers can routinely say, “Play the phrase like this”. The students then parody the passage back until it matches the conductor’s interpretation. While this method is basic to music teaching, it can easily become overdone. Modeling is vital in music but it must be used to lead to greater musical understanding. Eventually students must be able to interpret at least to some degree on their own.

Certainly, the selection of music is a vital first step. In very profound ways, literature establishes the curriculum for performance ensembles regardless of level. Music that is too difficult will be virtually impossible to prepare from a technical orientation requiring too much emphasis to be placed on basic technique. This can become frustrating for students and teacher alike. Yet music that possesses little musical value will not hold much musical interest. The conductor must work to find literature that balances both goals. It is probably the most difficult challenge faced by music teachers. Many of the concerns outlined above can be eliminated in part if proper literature is selected. The choice of music is critical.

High performance standards and artistic insight are both central to school music performance ensembles. Students grow and develop (as do teachers themselves) through meaningful experiences with fine music. However when one particular goal and methodology becomes over emphasized, excesses can develop. Just as the professional musician seeks both technical mastery and musical interest, music educators must seek the same balance. The difference between professional and student performance might be one of level, not in direction. We must follow the professional model while working to obtain the highest levels of technical mastery that are possible within the given situation.

The solution to the problem is for conductors to address both sides of the coin, balancing technical mastery with artistic interpretation just as professional musicians do. If an ensemble seeks only technical purity, performances are uninspiring. I might even go so far as to suggest that this should be avoided in high school ensembles where the goal should be overall musical growth. To seek only accuracy seems little more than glorified animal training. As stated above, too much concentration on technical skill forces too great a reliance on rote teaching thereby ignoring conceptual learning. But with this said, the ensemble must achieve decent success at achieving performance accuracy. Otherwise bad skills are developed.

Certainly addressing all issues is a difficult challenge. Both music and teaching are difficult masters. Perhaps it is the quest that makes music teaching such a meaningful career.

Sittin’ In With The Big Band