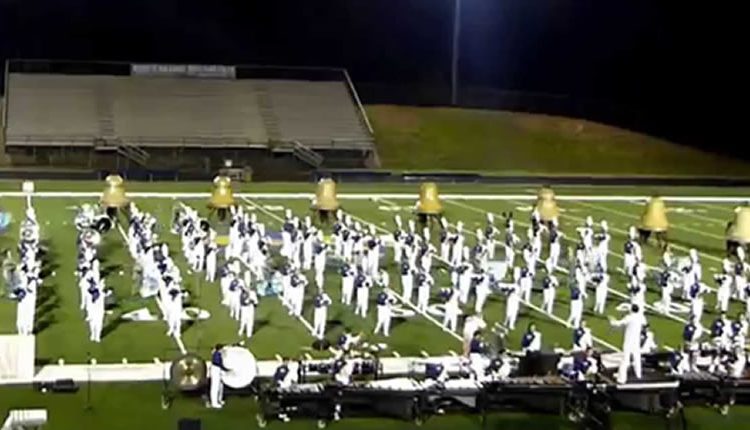 Sounds of the Desert
Music: Lawrence of Arabia, Sandstorm from Hidalgo & Caravan

In the last installment of this series, we discussed basic design elements with regard to staging and spacing as well as common demands placed on the performers. In this edition we will cover various techniques for dictating the viewer’s focus to various parts of the stage.

Now that we are fairly comfortable with the basic nuts and bolts of getting your performers onto and moving on the field, it is important to become aware of your audience and specifically, where you want them looking. There are many instances when you will want to call special attention to a specific area of the stage. It may be a specific section of the band proper has important melodic content, a musical or visual soloist, percussion, wind section or guard feature or a myriad of other reasons. Designing into your drill design a specific focal point makes your design appear more systematic, logical and easier to view. If you are writing for a competitive ensemble, it will also directly impact scoring from the standpoints continuity and general effect. Below are a few examples of common focus building techniques. Though these techniques can be used effectively alone, the impact generated from them is enhanced by utilizing two or more simultaneously.