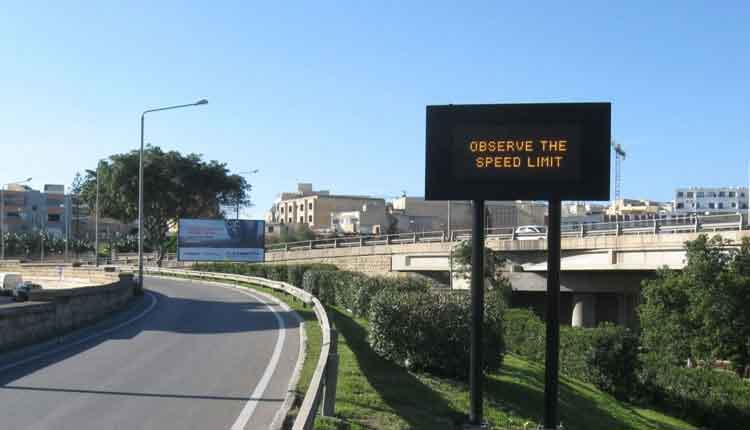 One of the most important and obvious tasks facing a conductor is choosing the “correct” – or what might be better called “most appropriate” – tempo. In very large measure, it shapes the very nature of the music.

Obviously, there is really not a single correct tempo for a given work or section even though composers do provide pretty specific guidelines, either metronome markings or subjective descriptions. However, these indications can sometimes be misleading.

Certainly, conductors must take the composers’ indications seriously and should not casually toss them aside. After all, chief among the conductor’s responsibilities is representing the musical intentions of the composer. Who better to know how the music should be presented than the composer?

Composers themselves have differing views about how their music might be performed, and there are numerous reports of composers altering tempi when conducting or performing their own works. At the time that I am writing this article, I am studying a piece by a composer who is known for performing his music. The opening to the work in question is marked at quarter = 76. On a recording, the composer conducts his own piece at quarter = 96. This is a fairly significant difference and points to subjectivity in interpretation.

It has been my experience that composers are both accepting and extremely fussy about choice of tempo. Some composers say that the conductor’s chief responsibility is to make the music sound musical and that conductors are allowed some freedom in shaping the piece. Others feel that conductors must be absolutely true to the directions provided in the score; there is to be no subjectivity. Additional confusion about interpretation also arises because both performers and composers sometimes confuse energy and vibrancy with tempo.

One must begin with the score. For most recently composed pieces, examination of the metronome markings is the obvious place to begin. Tempi for those works having only a textual direction such as allegro might be somewhat more subjective and therefore open to wider interpretation, this both a blessing and a curse. Whether specific metronome indication or verbal description, the conductor must use the composer’s markings as a basis for decision making.

Following this first step, conductors must then look at the musical characteristics of the work in question. I find that melodic structure is one of the most important factors influencing tempo. A good example where this comes into play is Irish Tune from County Derry by Percy Grainger. One hears widely varying interpretations of this piece, maybe more so than in any other piece in the repertoire. While Grainger does provide a metronome marking (quarter = about 80) a great many conductors choose a very different tempo. One of the wind ensemble’s most respected conductors has recorded Irish Tune at a tempo of quarter note equal to 52. Is this incorrect or wrong? Probably not. Is it the best choice? I would argue that a tempo that is this slow might not convey Grainger’s intentions very well. The tension and release created by the melody and countermelodies with all of their rich resultant harmonies seems to have a different shape at such a slow speed. Certainly the flow of the melody would be very different.

With Irish Tune, we have other ways to inform our decision about tempo; the most obvious is the text. While one might not necessarily need to follow a literal “singing” tempo when performing the instrumental version, it would seem that the words that inspired the arrangement would provide considerable insight. Grainger certainly thought about the text when he made the instrumental setting. An examination of the words might help the conductor to formulate ideas about how they relate to tempo and interpretation of the band version. (Try singing the words with the quarter note equal to 52!)

Oh Danny boy, the pipes, the pipes are calling
From glen to glen, and down the mountain side
The summer’s gone, and all the flowers are dying
’tis you, ’tis you must go and I must bide.
But come you back when summer’s in the meadow
Or when the valley’s hushed and white with snow
’tis I’ll be there in sunshine or in shadow
Oh Danny boy, oh Danny boy, I love you so.
And if you come, when all the flowers are dying
And I am dead, as dead I well may be
You’ll come and find the place where I am lying
And kneel and say an “Ave” there for me.
And I shall hear, tho’ soft you tread above me
And all my dreams will warm and sweeter be
If you’ll not fail to tell me that you love me
I simply sleep in peace until you come to me.
Melody is not the only parameter that should shape interpretation. Harmony, rhythm, and form and structure are but a few of the key elements that come into play. Sometimes conductors find that a certain change in harmony is emphasized with a small ritard. However, it is very easy to go overboard with the result that the music becomes overly romanticized.

Changes in tempo can be especially problematic. For instance, many people do not interpret ritards very well. My musical dictionary defines ritardando as “gradually slowing down”. Many conductors have a tendency to suddenly “put on the brakes” when a ritard is observed. This results in an abrupt change rather than a gradually slowing. It becomes an event, rather than a process of slowing. Obviously, the reverse can happen with an accelerando. Here the tempo should increase gradually rather than to suddenly become faster. In both cases, sudden changes would be indicated differently in the score, perhaps with a subito or simply a new tempo marking.

There is a certain range of tempos where the piece works best for each ensemble – a plus and minus range to the composer’s indication found in the score. In the final performance it is absolutely vital that the conductor fall somewhere in this range. It is very easy however to instead to fall into a series of moderate tempi, ones that are neither fast nor slow, but in a middle ground. Many books point to a tendency that some conduct at the speed of the natural recurrences of life: breathing, heart rate, and the like. Other authorities suggest that relaxed walking speeds become the tempo of choice. Conductors must work to see that fast tempos are indeed fast and slow ones are slow – of course within limits.

It is easy for conductors to fall into bad habits. One of my own failings is that I tend to gravitate to tempi that are too slow, especially for pieces that are slow to begin with. I regularly record my rehearsals, not only to help me prepare for future rehearsals by being able to listen for performance errors, but also for me to check on the tempo that I have chosen. While I don’t feel that I must be exact to the metronome marking in the score, I do want to be fully aware of discrepancies. If I choose a tempo different from the one indicated in the score, I want it to be a deliberate choice, not an accident.

Don’t Speed Around the Curves

Technique is perhaps the most obvious practical factor influencing choice of tempo. While shaping general ideas about the musical vision, conductors must take technical practicalities into account. Passagework may or may not be able to be performed at certain speeds. Articulation also has limitations. Clarinets may simply not be able to tongue certain passages if taken too quickly. Especially with brass and flutes, tempo will impact double-tonguing. Obviously, tempo will change as the players learn the piece and are better able to meet the challenges.

Achieving rhythmic clarity is also vital in determining tempo. Many times the speed of the music is just so fast that the music becomes unclear – various rhythmic figures and motives become blurred. This may be the fault of the ensemble or a shortcoming of the piece itself. A slower speed might bring greater clarity.

Sometimes the acoustical properties of the performance space can hurt clarity. Very reverberant spaces might cause conductors to alter tempo somewhat. This might be especially true for the small pauses that sometimes follow cadences.

There are a number of other small problems that come into play. Mute changes in brass instruments might be one; switching percussion mallets might be another. Sometimes players need a little more time to make these adjustments.

Solo performers have the luxury to experiment with different tempi in the practice room. Experimentation can clearly help formulate interpretation. While ensemble conductors do not have the luxury of unlimited rehearsal time to experiment, they certainly can try different ideas especially if one is not sure about what tempo works best. Rehearsals should not be only a time to “fix” mistakes. Energy should be spent exploring musical ideas, including choice of tempo; students would learn from the process. Conductors just need to be warned that rehearsal time is a precious commodity that evaporates quickly.

In the end, the conductor must balance all of the many competing variables and find the tempo that works best for the ensemble and the music. The nature of the ensemble, the acoustical properties of the performance space, and many other factors might influence choice of tempo. The primary goal is to make the music sound musical in a way that the composer would find acceptable, granted a subjective judgment. It is a challenge, but part of what makes conducting rewarding.

The Ultimate Band Director Back to School Toolbox

The Benefits of the Lease/Purchase Program for Band Instruments

The Sounds of Summer

The Art of the School Purchase Order

Spring Cleaning in the Band Room by Robert W. Ricker