Music: At a Loss for Words 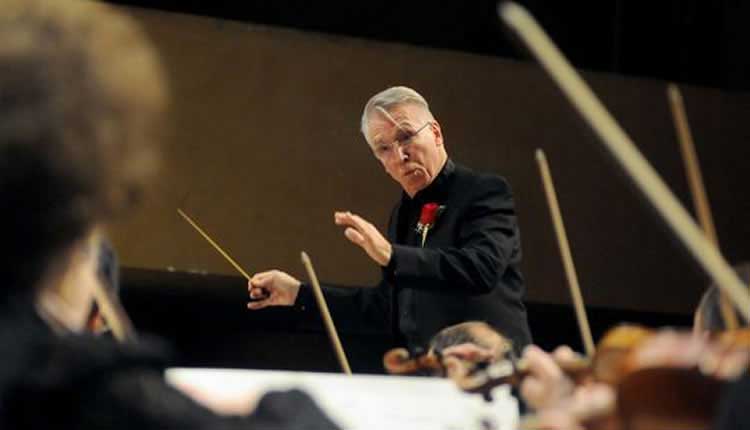 As conductors, we are in the unique position of conveying the connection that exists among all the various arts; and as cultural ambassadors, we find it impossible to explore one discipline without the happy intrusion of another. For this reason, a well read conductor is not only capable of grasping the profundity of the music in preparation, but is also one who has the kind of vocabulary and cache of images that will help his students grasp the inexplicable in the music. As a strictly musical vocabulary is limited in its ability to completely portray the music itself, so every conductor needs a plan of self study in securing a potent creative rehearsal vocabulary. Strong poetic language is an invaluable conducting tool applicable to all levels. This summer, in addition to the usual score study, begin cataloguing striking poetic images that will assist in your preparation and make next year’s rehearsals memorable and fun.

A complete understanding of music, which has the ability to express an infinite array of thoughts and emotions, cannot be communicated to young performers using only musical terminology. There are too many barriers inherent in performing that hinder the true message of the music. The technical demands foisted on a performer are sometimes so extreme as to prevent much thought of anything beyond the technical solutions necessary to surmount the problems. Thoughts of tone quality, intonation, rhythms, dynamics, fingering, can so consume the thoughts of conductor and students, that soon nothing else has a chance of illumination and nourishing the music at hand. This is where a healthy of extra musical imagery helps in presenting music as more than just a series of technical problems. Fresh viewpoints with poetically charged images can ignite the imagination and allow real communication and music making to begin. Once this line of communication is begun, rehearsals and performances will come alive as never before.

One way to begin developing an imaginative vocabulary is with the purchase of an adventure-some anthology of poetry. Much of the time poetry is as inexplicable as music, and a marriage of the two may intensify our intuitive understanding of the music we are performing. It matters not whether you chose works of e.e. cummings, Walt Whitman, Percy Shelly or John Donne. What matters is that you read intently as if the words themselves were music. Then with a hi-lighter in hand, diligently seek out passages of poetic import; catchy images that piquantly and succinctly state a myriad of feelings. Begin committing those selected passages to memory and, with the same diligence you would apply to a harmonic analysis, incorporate them into your score study, always on the lookout for connections between sound and words that excite the process of recreation. I personally carry a small journal specifically to keep a list of the many wonderful passages I read to help me later when my own words fail me. A passage describing a sunset, a falling snowflake, or a gently kiss, may be perfect in helping get across an intangible that has been alluding the performers. It should not come as a secret to any conductor that the right metaphor at the right time can enhance the actual sonority of the ensemble.

A complete understanding of music, which has the ability to express an infinite array of thoughts and emotions, cannot be communicated to young performers using only musical terminology.

There is a variety of ways to start and it is not necessary to have chosen your repertoire before beginning the treasure hunt. Although there are obvious literary and musical bedfellows, sometimes seemingly diverse works may mirror each other in fascinating ways. For example, in rehearsing the John Krance transcription of Carl Orffs “CarminaBurana” a work based on a literary source, the Beat poets like Ginsburg, Ferlinghetti, or Kerouac who have produced deliciously rollicking images and disturbing passages that can bring a sense of immediacy to the rehearsal that is positively arresting. Students can intuitively understand the darker notions of the opening music, for instance. But when text is introduced, the vision is collectively enhanced. A line from the original Latin, coupled with a line from Ginsburg’s “Howl,” feelings will boil to the surface. So, if finding yourself dissatisfied with the sonority in the opening six measures of “O Fortuna,” try rehearsing it with speech as despairing as the music. To your “angelheaded hipsters” describe the rise and fall of the melody as sighs of desperation (13th century-“the waning and waxing of the moon”/Ginsberg-“the starry dynamo in the machinery of the night”) and the ponderous bass line as Fate beating us down (13 century-“detestable life”/Ginsberg – “my generation destroyed by madness.”) The first time I used this imagery in rehearsing this opening, we were all so shaken that I remember that on that day the band packed up in near silence.

Much of the time poetry is as inexplicable as music, and a marriage of the two may intensify our intuitive understanding of the music we are performing.

It must be remembered that an involved musician is a conscientious musician. The more there is a sense of actual creation in rehearsal, the more the students will understand the need to perform to the best of their abilities. It is easier to serve ideas than technical considerations. Emotion and intellect work hand in hand and, for this reason, having the students help in the search for the right descriptive words can incite them to take a closer look at the music. With a work like “CarminaBurana,” many works of pop culture, such as the Beatles “Sargent Peppers Lonely Hearts Club Band ” or “Stars Wars,” could be referenced effectively. The key is to be ready to snatch those metaphors and odd twists of language and mix them into the rehearsal stew with your own rhetorical flare.

Few of us can resist a good story and many works for the concert band cry out for one. In rehearsing a work like Mark Camphouse’s “Whatsoever Things…”, I find it hard not to describe the various sections without adding literary correlation. This is a good time to check the English curriculum in your school and find those novels and dramatic works taught that fit the compositions you are performing. In “Whatsoever Things…” references to Sophocles, Dante, Dickens or any mythological source can be effortlessly cited. If I chose Shakespeare the opening Mesto becomes a brooding Hamlet, the Sereno – “Good night sweet prince,” and the conseverenza-“flights of angels.” Whether you follow a story line or simply quote passages, you are sure either way into a world where artistic notions are exalted and priority given to spiritual movement.

Where ever we find the words doesn’t really matter. What matters is that we use them expressively to help us translate the language of music. As conductors it is our job to recreate as perfectly as possible the composers intentions. To create a sonorous ensemble with depth and intuitive understanding, it is necessary to expand our own sense of culture and our own inner vocabulary. The manipulation of language, like the manipulation of sounds, can go a long way in bringing to fruition the perfection in performance we seek. Then, as Jean Cocteau has written, beauty will be “hurled across the world on tongues of fire,” I couldn’t have said it better myself.

Douglas Bianchi is currently Director of Bands and teaches conducting and theory at Wayne State University in Detroit, Michigan. Previously he was Director of Instrumental and Vocal Music at L’Anse Creuse High School-North, in Mt. Clemens, Michigan. Bianchi has served for fifteen years as Music Director of the Warren Concert Band, and adult community band. He has frequently performed with bands and orchestras, including guest conduction performances at the Midwestern Conference and the Michigan Youth Arts Festival. Bianchi holds memberships in the National Band Association, the College Band Directors National Association, and the Conductors Guild.