Building a Program in a Multicultural Environment 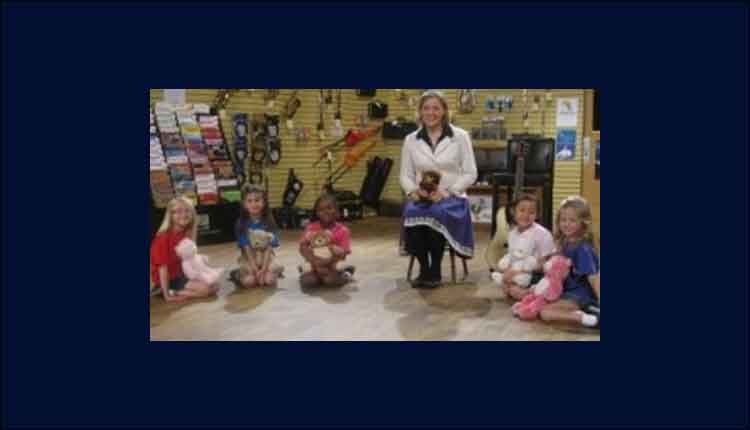 When building a multicultural school music program, the challenge is to provide an academically sound environment for music education with appropriate attention to traditional study and performance standards, while not losing the cultural richness that comes with ethnic diversity and broad-spectrum student involvement.

When building a multicultural school music program, the challenge is to provide an academically sound environment for music education with appropriate attention to traditional study and performance standards, while not losing the cultural richness that comes with ethnic diversity and broad-spectrum student involvement.

What are its limitations? And how does one assess a program with regard to multicultural parity and uniform educational opportunities?

Dr. Julian White, show designer and marching band coordinator for Florida A&M University, took on the topic recently at a meeting of the Florida Bandmasters Association. “Because of educational, sociological and governmental changes, combined with the influx of immigrants from other countries, most public schools have heterogeneous ethnic background populations,” he said. “In many cases, the majority population may not have a complete understanding of the culture, heritage, and customs of the minority groups. It must be emphasized that in a given setting, Blacks, Hispanics, whites or any race could be considered as the minority population of that academic institution.”

To get a broader perspective, we spoke with music program administrators from a number of cities across the U.S. While the consensus held that Dr. White’s recommendations provide an excellent starting point, these administrators cited a number of other issues critical to multicultural programming – most notably financial resources, program accessibility and academic support.

Marilyn Von Seggern, Music Instruction Supervisor for Dade County Schools in Miami, Florida, sums up the primary issue. “Believing that all children can learn and participate in music activities is critical to a multicultural situation,” she says. “Sometimes people have biases that they are consciously aware of – such as perceiving that a certain group of children, because they are poor or come from a different cultural background, are not capable of learning at the same level as other children. All children have the right and the capacity to learn music. Obviously, people with certain ability may reach a higher level, but even deaf children can learn music; they can feel the pulse. We can’t assume because of someone’s background that they can’t or don’t have the right to learn music.”

External factors, such as economics, play a big role in determining program accessibility for some students. “In music, the fundamental tools are the same in China as they are in Europe, Africa or Australia,” Von Seggern continues. “You need the same musicianship tools to make music. I think the differences come — and this is not culture but economics – in determining whether a student can afford the price of the instrument; whether he or she has had any previous training; and basically, anything that goes beyond it. In our schools we have some district funding to help purchase instruments. The schools don’t have to rely solely on what the band parents can raise. Economics is really one of the major differences between an urban and a suburban school system, and economics dictates access and participation.”

There needs to be very strong communication between the director and the people who make the schedules – the guidance counselor, principals, the people who feed his program on other levels,” she adds. “If you want a multicultural band, you have to have student leaders. Student leadership is very big in band. Students who are officers need to be representative of the student body. Also, I hesitate to say they need to fundraise, because I don’t think they should need to, except for trips. For basic things like uniforms and equipment, I think the school district should be responsible.”

“There has to be some kind of accountability. This becomes a valuable program when the director, principal and faculty are accountable to someone, somehow, in the same manner that they publish test scores in the paper. Who’s going to be accountable to see that there is quality instruction going on, and that proper equipment and materials are available for the program? In our state, kids’ elective courses don’t count toward their GPA to get into college and band is an elective. A student could be getting all As in music and band, and be planning to pursue music but not qualify based on his overall GPA. The bottom line is, the people in Princeton who write the S.A.T. tests, or the colleges and universities who set entrance requirements have a profound impact on what students study in middle and senior high school.”

In the Boston area, community resources and administrative support have contributed to the development of a program aimed at making music education available to any student with the interest and willingness to pursue it. Robert Winfrey, Director of the Roland Hays School of Music, Boston Community Schools, and a 22-year veteran administrator, was tapped for the post of Citywide Project Director.

The program, begun in 1992 and still in its infancy, evolved from a groundswell of community support for the arts and a mandate from the superintendent: Develop an all-city concert and marching band. Its purpose is to ensure that no student who wants to participate in a music program and is willing to work is excluded for economic reasons, and that the band reflects the ethnicity of the Boston school district. The result was the creation of a band comprising more than 200 students citywide.

“We’ve developed an all-city prep band in the middle schools,” Winfrey says. “These are youngsters who are developing music skills. They will eventually become the citywide concert and marching band. We wanted to make sure that all students who participated had instruments. I put this in writing and got the go-ahead to order $50,000 worth of instruments this year. We are not closing the door to any student who wants to be part of this program. We are finding a way to encourage their participation.”

In addition to the school corporation’s support, Roland Hays students are benefiting from the encouragement of Boston’s established academic and professional music community. The Boston University School for the Arts and the New England Conservatory each provide rehearsal space for the students, as does Boston Symphony Hall, which allowed students to begin rehearsing on its internationally renowned stage.

“When they open their doors to you, it’s an indication that what you’re doing has value to the community, to the students and to these institutions,” Winfrey says. “You can have cultural diversity and still have exceptionally high standards. Diversity is inclusive of a variety of music, a variety of expression and a variety of opportunities. You don’t devalue your program when you include cultural diversity. You enhance it.”

Dr. Robert Crisp, Music Supervisor for Instrumental Music, Detroit Public Schools, offers yet another slant: Music educators should not only be concerned with attracting an ethnically broad base of student musicians, but also with introducing students to composers from various cultures.

“Multicultural education is something that the schools should have been doing all along,” Crisp says. “We, that is most music educators, have been taught along the lines of one aspect of music education. Most of us were not given exposure to some of the foremost minority composers. The Mozarts and Beethovens were studied, of course. But there are a number of women and minority composers who have written great things, and we haven’t been exposed to them. I think kids need to be made aware of that. In band literature, especially, there are several composers I think highly of – Dr. Quincy Hilliard and Dr. Carlos Cody to name just two. They are just as prolific as the Andrew Balents and the Francis Macbeths. But you’ll often find that they have not had the exposure, despite the fact that they’re very competent composers. The classics are important, but other facets of music – the cultural diversity of the very beginnings of music – are important as well. It’s unfair to talk to youngsters in urban or suburban communities about Mozart and Beethoven, and then say, ‘Who is Aaron Copland?’ or think that if you’re going to sing Negro spirituals that it should only be in black schools. We should also have our children exposed to this rich culture.”

All children will benefit from participation in a multicultural music program, according to Marilyn Von Seggern. “Music is a wonderful avenue to culture, and it is competency based, a big buzz word in education today. Kids learn skills they can apply in a real-life situation. Either you can play the tune or you can’t play the tune. Plus, the leadership skills they learn, the teamwork skills they learn, the self-discipline and responsibility that music fosters – these are all things that employers look for. And it helps to keep kids in school as well.”

Dr. White posed the following 19 questions last summer to a distinguished panel of music educators. If you are considering a review of your music program with respect to multicultural issues, these questions should provide food for thought.