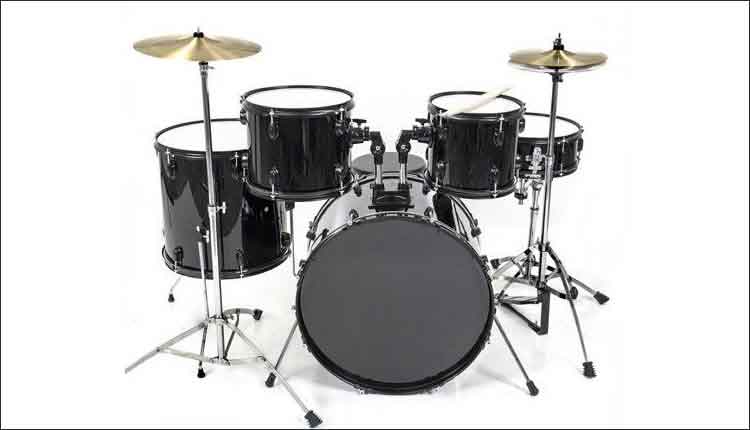 With the vast array of drumset books available today, much of the mystery of the development of independence has been taken away and replaced with progressive systems. Pioneered by Jim Chapin, these systems have been further developed by performer/teachers like Gary Chester, Ed Soph, and Marvin Dalgrin to name just a few. But I was amazed recently when I realized there is still one aspect of drumset independence that has yet to be systematized, even by Joel Rothman. I?m speaking, of course, about the independence skills needed for playing the drumset and eating simultaneously.

This is a basic skill for all drummers who play casuals and club-dates. With the wide variety of food-stuffs available in buffets served at wedding receptions and bar-mitzvah, the drummers ability to consume different types of food while keeping good time (and not spilling anything on your tux) can make the difference between a gig that is a pleasant experience and one that leaves the drummer with that “unfulfilled” feeling.

Following are some thoughts and suggestions for developing this aspect of drumset independence:
First, it is important to categorize different foods according to their difficulty level. In other words, some foods, like pretzels, are relatively easy to consume while playing any style of music. This easy category would also include rolls, carrot and celery sticks, and most other finger foods. Still in the easy category, but a little farther up the learning curve would be those little roast beef sandwiches. The real challenge begins when an eating utensil such as a fork or spoon must be employed. Start with foods that consist of relatively large items. Sweetish meatballs would be a good place to begin. Sweet and sour pork or chicken would also fall into this category. While the gravy and sauces add an extra level of difficulty, these foods tend to appear in bite-sized portions, so no extra cutting is needed. Probably the most challenging foods would be smaller items like shrimp, caviar, and various types of pasta. Here is where the floor tom can be employed to a real advantage as an hors deuvres table.

With the food items categorized, next we must examine which playing styles allow for the most ease in eating. Clearly, the swing style, with its repetitive ride cymbal pattern can free up the left hand for eating. The only problem is reaching under the right hand to grab the food placed on the floor tom. Practice playing time and eating with the left hand, beginning with the easier foods and gradually moving to the more challenging ones. When this is mastered, move to the rock style. This is more challenging because of the back beat, but if the ride and back beat are both played with one hand, the other is left free to grab food. Again, work your way through the food list from easiest to most difficult. BossaNovas and Sambas are particularly difficult to perform while eating. Fortunately, most wedding receptions involve playing a wide variety of styles, so if you can only eat during swing tunes, you can still get some food every third or fourth tune.

Well, we have only scratched the surface. Much more could be said about this important independence skill, not to mention the skills required to actually get the food to the drumset in the first place, which could be the subject of many more articles. In the meantime, just remember that one of the many wonderful aspects of drumset playing is the fact that it does not involve using the mouth, so make the most of that advantage and eat!

Some might ask, Why not just eat during your break? but this time can be more productively spent hunting and gathering the food that is to be consumed later.

Tom Morgan has been Director of Percussion Studies at Washburn University in Topeka, Kansas, where he teaches applied percussion and directs the Washburn University Percussion Ensemble. He holds Bachelors and Masters degrees in music education and music theory and composition from the University of Northern Colorado and a Doctoral degree in percussion performance from the University of Oklahoma. Along with his teaching duties at Washburn, Dr. Morgan has a large private studio made up of elementary, junior high and high school percussion students from the surrounding community. He is the author of A Sequential Appoach to Fundamental Snare Drum, and A Sequential Approach to Rudimental Snare Drum, snare drum instruction methods, and The Drumset Reading Workbook, all published by C. Alan Publications.

As a performer, Dr. Morgan is very active in the Topeka and Kansas City areas, performing and recording with numerous groups, including the Trilogy Big Band, a seventeen-piece jazz ensemble with two recently released CDs on the Sea Breeze Jazz recording label. He has also recorded with the Boulevard Big Band and performs with them at Harlings in Kansas City. In addition, Tom has performed with the Topeka Symphony Orchestra, the Kansas City Symphony Orchestra, and the Topeka Jazz Workshop big band. He is a regional endorser for Pro-Mark drumsticks, Encore Mallets and performs regularly on Tree House Drums, which are hand made in Topeka, Kansas. He is in demand as a clinician at festivals and music camps throughout the region.

This Article Sponsored by Pro-Mark