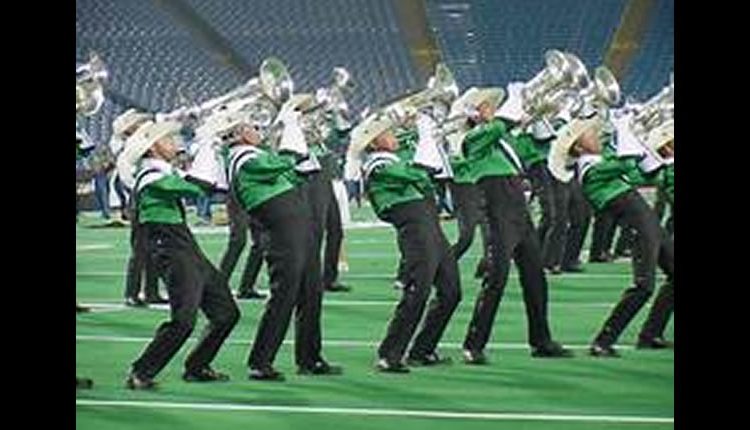 The start of a drum corps season always can bring a shock to the system, from new surroundings, to new people, changes in eating and sleeping habits and especially with the physical demands placed on the corps member … That is, if you’re not prepared.

Importantly, The Cavaliers have devoted a good portion of the off-season to getting into shape. This work, however, is more than the standard recipe of running a mile before a few sit-ups and multitudes of pushups.

“In the late 80s and early 90s our visual program’s complexity increased dramatically. Not only were we moving the corps around the field at a higher rate of speed, touching 200 plus beats per minute, we also were changing direction a lot more as our phrase lengths were significantly shorter,” said Cavaliers Corps Director Jeff Fiedler. “Those were the things—as well as the amount of time we were spending rehearsing, which increased the repetitions—and really started to impact the corps member’s bodies, especially in the early part of the summer.”

This noticeable increase in physical demand is what prompted Fiedler to call on Randy Bichler, a noted Chicago physical trainer, to work with the corps in the off-season.

In a day and age when the drum corps activity is working to strike an identity somewhere between an artistic and an athletic competition, Bichler has emerged as an incredible asset to The Cavaliers. In addition to experience marching with several drum corps in his youth, he holds a degree in musical theatre performance and has 13 years professional acting experience including runs with “Cats” and “Evita” on Broadway. After also becoming involved with the fitness industry, Bichler became certified through the American Consul on Exercise and the College of Sports Medicine. He now runs fitness programs for the Joffrey Ballet in Chicago, is an international Pilates trainer, presenter and educator for EFI sports medicine, and also works in conjunction with Crunch Fitness and Equinox Fitness.

“I’ve seen it [drum corps] progress through the years to where it has become much more of an athletic activity,” said Bichler. “I thought at that point there was something I could bring to it—with the way my career had progressed and my background—that I thought was important but also currently missing.”

Bichler sees this missing portion as an off-season training program similar to what an athlete would engage in while preparing for a competitive season. While brass and percussionists have traditionally been required to practice their musical technique and parts throughout the winter, Bichler noticed that little was being done in preparation on the physical end. With the term “musician-athletes” now widely used throughout the drum corps activity, Bichler’s view has prevailed.

“If nothing is set up through the winter months and then everybody is thrown out on the field for the summer, they won’t be ready for it,” Bichler said. “That’s what we started to work toward last year and what I’m really working to stress this year.”

His program is centered on Pilates, a strength training workout that has gained popularity in the last few years in celebrity circles but has roots extending as far back as WWI. Joseph Pilates, a WWI prisoner used his background in martial arts, gymnastics, strength and physical training to develop a series of exercises for injured prisoners that focused on core strength and stability. After fleeing Nazi Germany after the war, he moved to New York where he further developed his craft and worked with many well-known dancers including Martha Graham.

“The core, the torso of the body is everything from the entire shoulder girdle through the entire mid-back and pelvic region. All of that has to be strong in order for the rest of the body to be as well. The breathing required for horn players as well as having a strong back and the abdominals to hold the instrument up in the correct posture is so important and why I think Pilates is important for them to learn,” Bichler said.

Another major portion of Bichler’s training sessions focuses on interval training. “High intensity and low intensity is really how the show is built. The members have to be able to kick it in and all of a sudden pull back with a lot of control. That is the basis for this type of training,” he said.

Members are taught that the physical training they do at winter rehearsal camps needs to continue after they head back to school. Many members who attend the same universities even often get together between camps to practice the exercises. “I’m here to help guide them to figure out what will work for them, but they need to develop their own program and be working on it when they are away from here,” Bichler said.

“Going through these workouts in- and off-season is difficult as you really feel the burn and get sore, but it becomes easier with every application knowing that I’m making both myself and the corps stronger,” said Andy Giltner, a third-year member of the brass section.

“A lot of the things we do in the show in marching and movement require a lot of unnatural positions as used in everyday life” said Chris Alexander, a four-year member of the brass section. “Randy’s workouts specifically target those muscle groups in an effort for us to avoid injury.”

Fiedler noted that as a result of Bichler’s workouts, in addition to the drive and tenacity of the marching members, this year’s corps may be the healthiest and most physically fit he has seen. And in addition to the members, The Cavaliers staff also has noticed the importance and benefits of these formalized workout sessions.

“Randy’s fitness program for The Cavaliers brass section is always parallel to the physical, mental and musical demands placed on the membership by each year’s program,” said David Bertman, Cavaliers brass caption head and a director of bands at the University of Houston. “Many people tend to forget the natural physical nature of playing and marching with an instrument. Randy has come in and shown each student how to adapt and develop the needed strength for their instrument, without creating unnecessary tension and stress, which would interfere with their brass performance.”

As strange to outsiders as mixing brass, drums and body movement with the likes of football, track and field and aerobics may seem, Bichler who has been on both ends of the spectrum, can completely appreciate it.

“It’s a very unique activity and that’s why I am still very interested in it. I show the DVDs to my friends both in theater—they’re awed by it—and in fitness—they’re amazed by it. So I think there is a real bridge between that and the activity. It’s its unique own thing and I definitely think more people should see it and become aware of it.”

Design with the Big Show in Mind: A Conversation with Fusion Winterguard