by Larry Panella,
Associate Professor of Music,
The University of Southern Mississippi 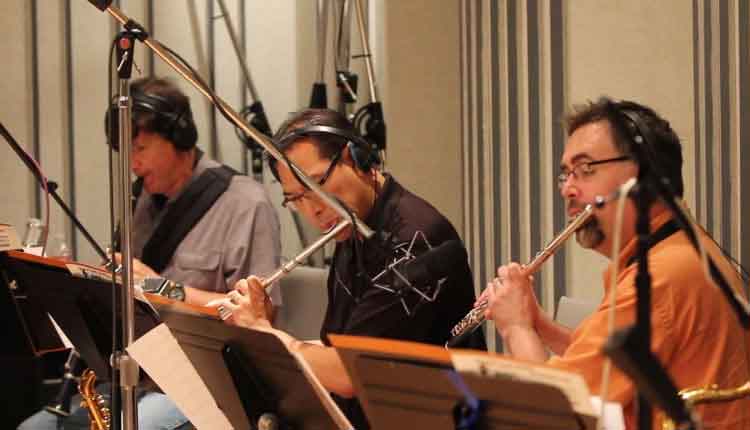 By Larry Panella, Associate Professor of Music, The University of Southern Mississippi

I teach students to improvise, some of whom are classical musicians. It amazes me that more classically-oriented students don’t consider that learning to improvise is an important part of their training. Many of these same students take to it fairly quickly, as long as they are given a clear explanation as to how to get started. For the most part, their teachers do not improvise nor do they encourage it. In addition, many students think they must have a jazz theory class before they can improvise. That isn’t entirely true, since there have been many great improvisers who knew little or nothing about theory. Remember, “theory follows practice.” Jazz theory class came about after the fact. We also forget that improvisation was once a skill common to great classical musicians, and classical soloists could improvise their cadenzas as well.

The biggest challenge in teaching these “legit players” improvisation skills is changing their way thinking. I taught several years at Wheaton College in Illinois under Dr. Harold Best, Dean of the Conservatory (ret.), who had a great way of distilling what we do as musicians and teachers and has put forth some interesting ideas on improving our training future performers and teachers. He put it this way, “There is another way ….. to describe what musicians do: (1) they think up music; (2) they think in music; and (3) they think about music. ” In essence, thinking up is improvising and composing; thinking in is non-creative musical expression such as playing a common melody by ear; and thinking about involves contextualizing, i.e., analyzing, describing and explaining in another language – in our case English.

I try to get the students to get into thinking up through thinking in. This is fairly easy to do if the student has good facility on their instrument, and is proficient with aural skills. By proficient, I mean they can match a pitch played at the piano with their voice and can hear the difference between a major chord and a minor chord. (For students who do not have this ability, it can be developed, but it takes additional time and some one on one instruction.)

We spend the first part of the semester making sure they know their major scales and we work them a variety of formats. We then take simple melodies and play them in various keys and even do call and response type drills, either direct imitation of short improvised ideas or ”completing the musical sentence” type exercises. This helps them locate sounds on their instrument and gets them used to playing something without a written part in front of them. This is an important step as it drives home the concept of thinking in music.

The next step is to get them to take simple melodies and start to embellish them. They can do this in a variety of ways. A first step involves rhythmic variation by simply changing rhythm either freely or using a fixed rhythmic figure similar to the rhythmic words used in Twinkle Variations from the Suzuki Method Volume I book. Another step is to change meter or style such as putting a 4/4 melody in 3/4, or by playing a straight eighth melody in swing feel. Further, using combinations of rhythmic words can cultivate their musical imagination even more. By doing these types of exercises, the students are beginning to work on thinking up with enough familiar material that it is not a huge leap for them.

I then introduce the concept of melodically embellishing the tune by adding neighboring notes or by using diatonically based sequences. The sequences can be used like rhythmic words and combined in various ways. The students who take to it quickly may do it in a more free form manner with the emphasis being on maintaining enough of the melody’s original theme that listeners can tell what their improvisation is derived from. This further stretches their musical imagination. (Keep in mind, up to this point we’ve not addressed the theory behind the tune. I first want them to experience the fun of improvisation and thinking in and thinking up, before I stretch their brains with thinking about music.)

Another aspect of the thinking in and thinking up is how we use our brain when we sing. One of the things that makes humans unique is that we can think about how we think. When we sing a familiar tune, we are not thinking note names, key signatures, rhythms, or any other technical aspects of music. We are simply imagining the sound of the pitches and reproducing them with our voice. Our goal is to become comfortable enough with our instruments so that we can do the same thing – to hear the pitches to a melody and reproduce them on our instrument. The eventual goal of being able to hear our variations on themes and improvised ideas and execute them.

One of the ways we can strengthen this connection is through playing back short melodic ideas we sing. In jazz performances soloists will sometimes “trade fours,” improvising over four bars of the tune with the various players alternating turns in improvisation. (The form of the tune is maintained, but rather than a complete solo over the form, each player gets a 4 bar piece of the form.) We can “trade fours” with ourselves, alternating between singing and playing being careful to use our brain while playing, just as we would when we sing ideas. We don’t need to worry about scat syllables. The goal is to sing what we hear, and play what we sing.

To summarize, we can develop improvisation skills by developing our ability to play by ear, using simple common melodies played in all keys as the means to learning the location of notes on our instruments. We can take those common melodies and dress them up with rhythmic and melodic embellishments until they become improvisations. Lastly, we can develop our ability to concentrate on the melodic ideas we improvise by singing them both literally and in our imaginations as we play. The adventure of improvisation begins here. When students become intrigued by the idea of being able to talk with their instruments and being able to creatively fill a musical space with something of their own creation, they unleash the creative power to become poets and storytellers in the language of music.

Larry Panella serves on the faculty of The University of Southern Mississippi as an associate professor of music and director of the Jazz Studies Program and is the founder and leader of the USM JQ. He has performed with numerous artists and entertainers, including The Phil Collins Big Band, The Woody Herman Orchestra, Natalie Cole, Steve Allen, Nelson Riddle, and Frank Sinatra, Jr. His recordings include his jazz quartet CD, “Under The Influence,” two albums with the Collection Jazz Orchestra, the Ashley Alexander Big Band, the Phil Collins Big Band CD “A Hot Night In Paris,” and two recent releases by jazz guitarist Chris Cortez.
He received his Master of Music from Northern Illinois University and his Bachelor of Music from the University of North Texas where he toured and performed as a member of the famed 1 O’Clock Jazz Lab Band. Before his appointment at Southern Miss, Professor Panella served on the faculty of Wheaton College Conservatory and the Northern Illinois University School of Music.

Mr. Panella is an artist – clinician for Cannonball Musical Instruments, makers of the Big Bell Stone Series line of saxophones.