The Key to Running a Successful Band Program 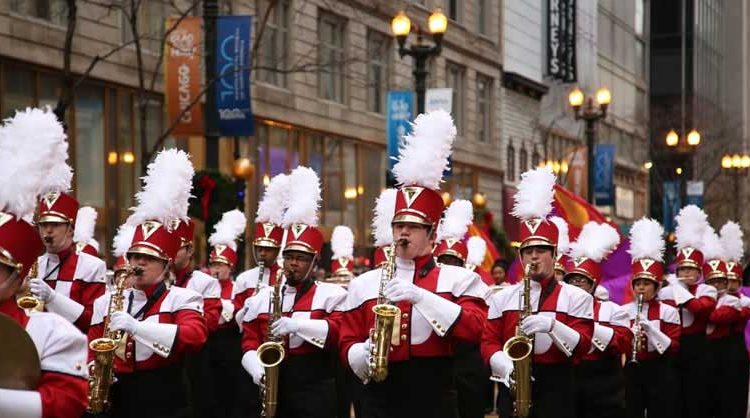 Have you ever wondered how some school music programs always seem to produce top-notch ensembles year after year? In every state, there are always those “powerhouse” programs that just seem to consistently rise above the rest. But why? How does it happen? Is there something in the water? Are kids in certain towns just more musically gifted?

According to Stephen Massey, legendary music educator at Foxborough High School in Massachusetts, the formula for success is not complicated but it won’t happen overnight. It takes a combination of experienced teachers, supportive administrators, high standards, dedication and time.

“You need a long-term investment in a program of excellence,” Massey said. “It’s challenging. There isn’t a civic mandate for every town to have a great music program. It’s going to take a special teacher to go into a community with no mandate for an excellent music program and build one.”

In 35 years as Music Department Chairman at Foxborough High School in Massachusetts, Massey has built one of the finest and most respected music programs in New England, if not the entire country.

The Foxborough High School Jazz Ensemble and Wind Ensemble have consistently been awarded gold medals at district, state, national and international music festivals over the last three decades. The jazz ensemble has toured Europe three times, performed at the Montreux Jazz Festival in Switzerland and qualified for the finals of the Essentially Ellington High School Jazz Band Competition at Lincoln Center 11 times, the most of any high school group in the country. In fact, the Foxborough Jazz Ensemble won the prestigious competition in its very first appearance in 1997.

“These kinds of programs take years to evolve and you’re really teaching a whole community,” Massey said. “It starts with really good teachers, committed to long-term goals and excellence. If the focus is on excellence and they can achieve excellence I really believe over time the community will support that.”

Massey has dedicated his professional life to music education but knows that most people won’t and don’t share that passion. That, however, can actually be a good thing for a band director.

“I kid at some seminars that the greatest problem is nobody cares about music education but the greatest strength is nobody cares about music education,” Massey said. “By that I mean you’re not restricted to teaching to standardized tests. You can view that as the glass half-full or half-empty and the half-full is you can kind of do whatever you want.”

When Massey arrived in Foxborough in the 1980s the music program was certainly on solid ground but he proceeded to raise it to greater and greater heights. In an effort to get more students involved, Massey started a string program and in addition to 15 performing groups, the school now offers classes in guitar, music technology and music history. Foxborough also has 20 private music teachers offering lessons and regularly brings in composers in residence, guest artists and various clinics and workshops. As a result, 20% of the high school student body participates in performing groups with another 5-6% in other music-related classes. Foxborough Collage

At the middle school level a whopping 85% of students join the music program and many stick with it. “We’ve built a tradition where pretty much everybody joins band, orchestra or choir,” Massey said. “We’ve been able to grow the program in quantity and quality by hiring really good teachers, getting great support from the community and working really hard. We think we’ve broadened the scope of what we offer to involve more kids.”

Massey said it probably takes at least 10 years for a teacher to really hone his or her craft and learning from someone with experience is a crucial part of the process. Massey makes it a point to work closely with all the junior music teachers in the Foxborough schools and anyone else interested in his help.

“I think they (new teachers) need mentoring with a master teacher,” Massey said. “No four- or five-year college program is going to train someone to be a great band director. You’ve got to invest a decade before you really have the skills to produce excellence. It’s about how the ensemble is rehearsed. The rehearsal is everything and the rehearsal is the key to greatness.”

One of the challenges many band directors face today is getting kids to fit music into their busy schedules. While Massey admits it’s more difficult than it used to be he said it’s nothing that can’t be overcome.

“There are a lot more things students are asked to do than there was when I started teaching 45 years ago,” Massey said. “The demand on kids’ time is a lot greater. That creates some conflicts for time, money and energy. But I don’t think that has to be a reason for music programs to not survive.

“You need administrative support to build a schedule that will support the arts. If a school wants to build a schedule that allows kids to take band; that can be done. I haven’t had a kid not be able to take band, choir or orchestra because of the schedule. That, to me, is great administrative support. If we can do that I believe any school can do that if they want.”

While some band directors emphasize marching band and competitions, Massey has always put his focus on concert band as the core of his program. Foxborough has a quality marching band that performs at football games and parades but “we don’t do marching contests and never have,” Massey said. “I’ve chosen to put those hours into Concert Band, Wind Ensemble and Jazz Ensemble. I don’t think you have to sell music to a community by winning awards. Over the long-term what people will come to appreciate is high-quality artistic performance. If your values are artistic first and foremost, your community will come to appreciate it. And the work you do on the art of music leads to recognition.

Massey would be the first to admit being a music educator is not an easy job, but it’s one he has devoted his life to with no regrets “I believe in this profession to my core,” Massey said. “What I love is the long-term relationships with students. It’s the most gratifying and satisfying part of the job. What’s more noble than teaching music to children?” Stephen C. Massey, chairman of the music department in the Foxboro (MA) Public Schools for the past 30 years, supervises an extensive music curriculum for grades 1-12. As a teacher and conductor, Mr. Massey teaches Concert Band, Marching Band, Wind Ensemble, Jazz Ensemble, Jazz Lab Band, two Jazz Choirs, and courses in Music Theory, Arts in Western Culture and Modern American Music at Foxboro High School. His high school wind ensembles, concert bands, and jazz ensembles have consistently received state, regional and national recognition.

Jon comes to Encore Tours after 20 years as a professional trumpet player in United States Air Force bands including assignments in Ohio, Germany, Massachusetts and California. During his military career he performed in concert band, jazz ensemble, brass quintet and marching band in more than 20 US states and 19 foreign countries. Jon holds a Bachelor’s degree in trumpet performance from Northern Illinois University.

The Art of the School Purchase Order

The Sounds of Summer