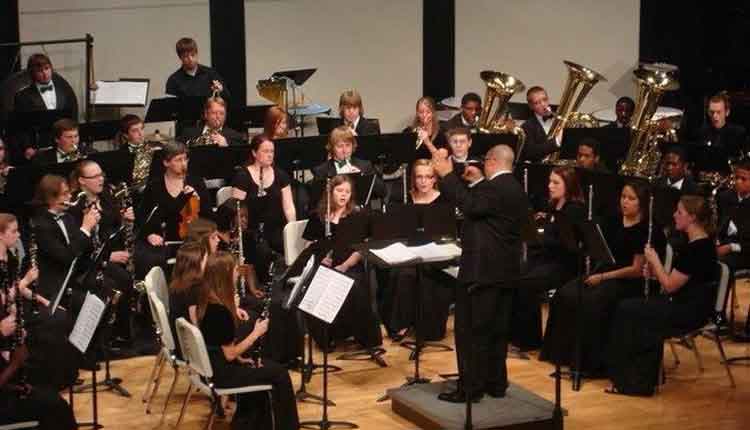 The fall is a very hectic time for band directors for one very obvious reason: marching band. However one also needs to plan for the time when the number of marching band contests and football games has passed. While preparations for the concert program may not be on the front burner during the early fall, one still hopes that at least some thought has been given for a strong concert band.

As I travel around our state, it seems that there is a growing emphasis being put on concert bands and wind ensembles. Paralleling this interest, it appears that participation in the various NJMEA Concert Band festivals is on the rise as well. As directors plan winter and spring activities, it is not too early to consider participating in one of the region festivals.

Some directors might be intimidated about taking part in festivals, feeling that their bands are not ready for this activity. While this emotion is understandable, it has been my experience that the festival organizers in New Jersey have done a great job in making the festival experience non-threatening. And they are continuing to work to make it even less so. Just as marching band festivals and contests have promoted that activity, concert festivals can do the same for the indoor band. Directors should strongly consider participating. It will help concert programs to develop positively.

In 2000, I wrote two separate articles for Tempo on concert band festivals (see below). Both of the articles, and especially the one from May, discussed the benefits of attending festivals. In some ways, this article will follow a method popular in New Jersey: recycling – at least in part.

Festivals do not exist in a vacuum but serve as a part of a cohesive educational plan. If one is going to participate, it stands to reason that conductors should try to make the experience as positive as possible. It has been my experience both as a former high school band director and as an adjudicator that the quality of the festival experience for both conductor and student is greatly effected by festival logistics and especially by the selection of the music to be performed. Careful planning should help to make for a more positive experience for all concerned – and lead to a better evaluation. It seems that many directors do not fully understand this and that their students often suffer needlessly.

In many ways, selecting music for festival performance is no different from choosing literature for any performance. The director must be especially careful to pick works that are both educationally valid and suitable for the particular kind of event. In many ways, choosing music for festival or contest presents even greater challenges than for regular concerts. In addition to the normal aesthetic and educational judgments, conductors must consider festival logistics as well as how the adjudicators will perceive the performance of their selections.

Over the years, I have observed a number of factors relating to the choice of music to be played at festival that seem to greatly influence adjudicators’ evaluations. Here are some suggestions.

Rehearsing and preparing for a festival should probably not be particularly different from other kinds of performances. Perhaps the only real difference is in the degree of technical refinement. The points listed below might well apply to any rehearsal situation not just to festival preparation.

Up to this point in the article, all of the emphasis has been placed on preparation. The festival experience itself presents a number of special challenges and concerns to the director.

One of the great strengths of school band programs is that they provide such a rich and varied set of experiences for students. While this is certainly a challenge for the band teacher, careful planning can help to enliven an already great band program. While not excluding other kinds of experiences, an emphasis on the concert band can provide a wonderful learning environment where the prime energy is directed toward music making.

Participating in a concert band festival can provide an excellent educational experience for instrumental music students – one facet of a successful band curriculum. While placing too much emphasis on festivals and contests can greatly diminish potential benefits, not participating at all seems shortsighted. I would encourage secondary school directors to consider taking advantage of this opportunity, and to make the experience as positive as possible for their students. It can be a “winning” proposition for the band.